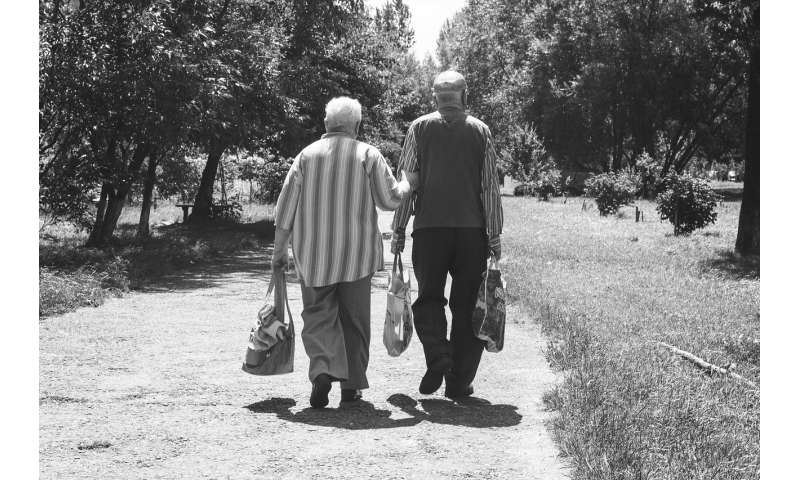 Just as a computer requires code to work, our bodies are regulated by molecular “programs” that are written early in life and then have to do their job properly for a lifetime. But do they? It’s a question that has intrigued researchers for years.

Claes Wahlestedt, M.D., Ph.D., professor of psychiatry and behavioral sciences and associate dean for therapeutic innovation at the University of Miami Miller School of Medicine, is senior author of a new study—Longevity Related Molecular Pathways Are Subject to Midlife ‘Switch’ in Humans—published today in Aging Cell.

The study provides a possible new reason why human disease burden increases so sharply from the sixth decade of life onward as health-protective mechanisms disappear. Which raises the question: If one wishes to boost these established “anti-aging” programs with drugs, nutrients, or lifestyle choices, is it too late to start by the time you reach your 60s? Possibly, said Dr. Wahlestedt—at least if you hope to benefit fully from such interventions.

“For over a decade, it has been clear that key biochemical events regulate the longevity of small short-lived animals such as worms, flies, and mice, but these mechanisms had not been observed to be active in humans,” Dr. Wahlestedt said. “In this international clinical and genomic study, we report for the first time that humans use these same biochemical pathways during aging. Surprisingly, however, humans appear to stop using these pathways from about 50 years of age onward. Therefore, how long and how ‘hard’ each person regulates these pathways may influence human lifespan.”

Dr. Wahlestedt said the new study was the result of two decades of persistent efforts initiated while he and Dr. Timmons worked at the Karolinska Institutet in Stockholm, Sweden. They made their discovery when using a new method for quantifying comprehensive gene expression patterns, applied to carefully curated sets of tissue samples from humans at various ages.

With a primary focus on muscle and brain, these novel observations in humans align well with previous work in short-lived species. This included a dominant role for the so-called mTOR protein complex—a mechanism that regulates numerous protective cell programs—as well as mitochondrial reactive oxygen species production. These two cellular mechanisms combined to explain about two-thirds of the molecular aging profile in humans.

“Our study revealed that the complexity of regulation of aging programs may be much greater in humans as compared to other species,” Dr. Wahlestedt said. “This is related to our more complex genome, which may have evolved to allow for longer and healthier lifespan. But perhaps humans were not really meant to last beyond their 50s.”

From a molecular aging research perspective, humans are unique among species. Yet, like our shorter-lived distant relatives, the researchers also noted that, in humans, the molecular responses during aging don’t follow a linear pattern. This counters an idea deeply entrenched in human epidemiology studies.

“Beyond the need to consider different ‘phases’ of molecular aging, clinical variables such as aerobic capacity and insulin resistance are also important to quantify,” Dr. Timmons said. “They interact with some of the same genes as aging, are partly inherited, and are important predictors of health. We were able to look at these for the first time when modeling human aging.”

While the key protein regulators of longevity and health-span in short-lived animals have been found for the first time to be central to human molecular aging, this new study also determined that many little-studied so-called non-protein-coding genes are involved in human aging. Considered the “dark matter” of the human genome, these non-protein-coding genes are widely present in human cells, but often not found in lower organisms. It now appears they could play an important role in fine-tuning the molecular features of aging.