“We both have just had such a journey with our skin care, and I think that’s one thing that we really, really bonded over,” said Vanessa Hudgens.

The actress, 32, was referring to singer — and now business partner — Madison Beer. The two have teamed to launch Know Beauty, a DNA-based skin care line out today on knowbeauty.com.

“I remember meeting her and then seeing her a ton on Instagram and being like, ‘This girl is so beautiful. It’s ridiculous,’” Hudgens went on. “And then hearing from her how her skin has been a struggle, and how she’s been dealing with acne, and how it’s been really hard being in front of the cameras — I’ve been in front of the cameras for so long, so it kind of felt like, ‘Hey, I got you.’”

If pop culture fans wouldn’t think to pair the duo together it’s simply because, born exactly a decade apart, they have yet to share the screen for a project in TV, film or music, nor have they been snapped side by side by the paparazzi. But they formed a friendship, it turns out, after meeting through Hudgens’ younger sister, 25-year-old fellow actress Stella.

“Stella was a really good friend of mine when I first moved to L.A., and Vanessa came and picked her up one time, and I was such a little fan girl,” chimed in Beer, 22, who moved to L.A. from the East Coast as a teen. 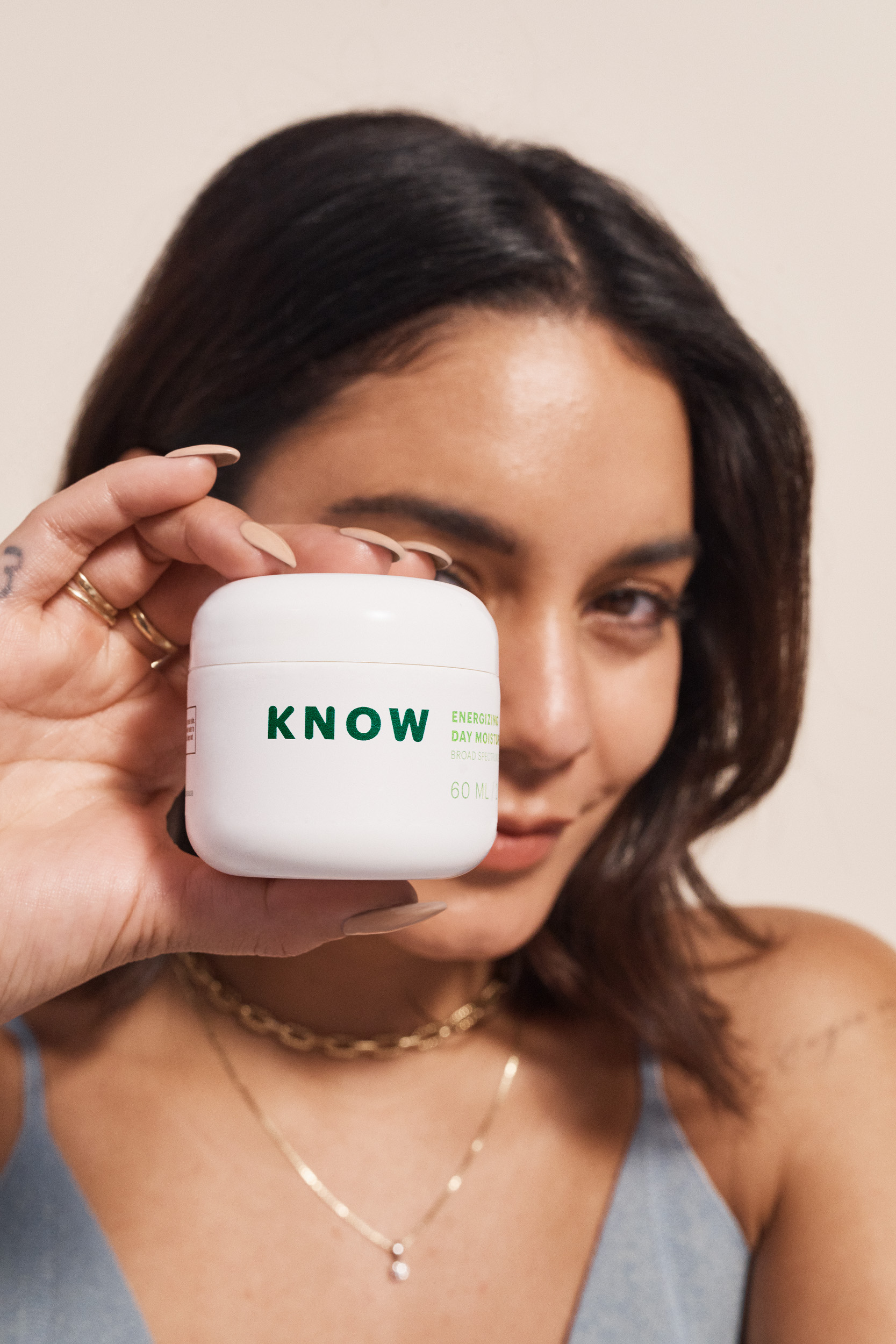 Beer experienced fame overnight at just 13 in 2012, after Justin Bieber tweeted about her YouTube covers. Hudgens was well established as an actress by then; it was the year Harmony Korine’s “Spring Breakers” premiered at the Venice Film Festival, in which she co-starred with Selena Gomez. Hudgens’ big break had come six years prior, playing the female lead opposite Zac Efron in Disney’s “High School Musical.” Today, together, Hudgens and Beer have a combined 66.4 million followers on Instagram alone, 41.2 million of which are Hudgens’. Meanwhile on TikTok, Hudgens has 4 million fans, and Beer — a Gen Zer — has 14.7 million.

“I was so excited, and I’ve just always been a fan of hers,” continued Beer. “And, yeah, we just always saw each other out and about, but we never really knew each other. And then once we broke that barrier and actually, like, talked, we started talking about a bunch of stuff, but skin care came up pretty quickly. And it was clear that we both have gone through similar things, similar frustrations, and it led us here.”

Through the years, they each sought answers on their skin care needs, while building confidence as young women navigating the spotlight. While Beer struggled with acne, Hudgens had a hard time feeling comfortable in her skin without a full face of makeup.

“We’re in a day and age where everyone is comparing each other, especially with social media,” said Hudgens. “You’re seeing these images that are completely airbrushed and touched up, and that’s not real. People don’t really look like that. And the people who are looking similar to the way that they’re showing the world are spending a lot of money on God knows what.”

“Social media is so fake that I feel like even just us two learning that the other was struggling was eye-opening, because I feel like we both probably had the idea about the other that, well, there’s no way that this person struggles with their skin or anything like that,” added Beer. 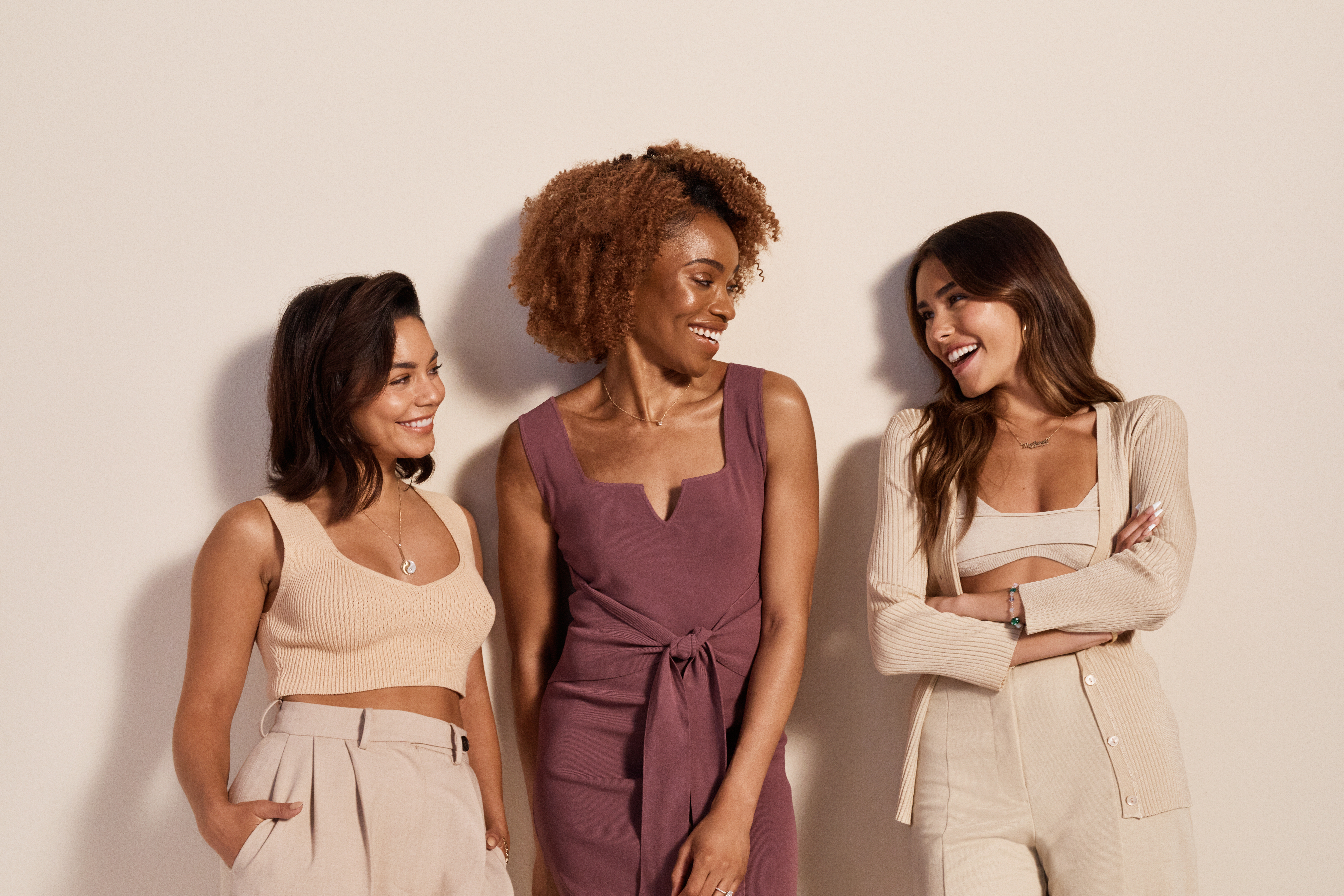 They cofounded the brand with dermatologist and chief medical officer Dr. Karen Kagha, who they met through mutual connections.

“We’re wanting to help people in their own journey, learn more about their skin and take the guesswork out of choosing their skin care products,” said Kagha. “And so, that’s what led to eventually coming up with the skin diagnostic test and pairing that with the skin DNA.”

They offer an online questionnaire, asking a range of questions to better understand an individual’s skin type and environmental factors, along with a $95 DNA kit — which is mailed to homes and tested by the DNA Diagnostics Center in Fairfield, Ohio. Based on results (after a cheek swab), the brand will recommend each buyer a personalized Know Beauty skin care regimen. Manufactured in Florida, it’s a comprehensive line, with cleansers, moisturizes, serums and masks priced between $20 and $30, that promises “hundreds of unique variations.”

“We are testing 46 chromosomes, and that gives us information in seven specific skin categories,” said Kagha. “So, that’s from UV protection to collagen to melanin, as well. Skin sensitivity is another category…We’re using those [“skin diagnostic”] questions specifically to help people understand where their skin is right now, what they can do for their skin right now, and we’re pairing that with the DNA test to help give people a little bit more information on what they’re prone to or what they can expect from their skin in the future.” 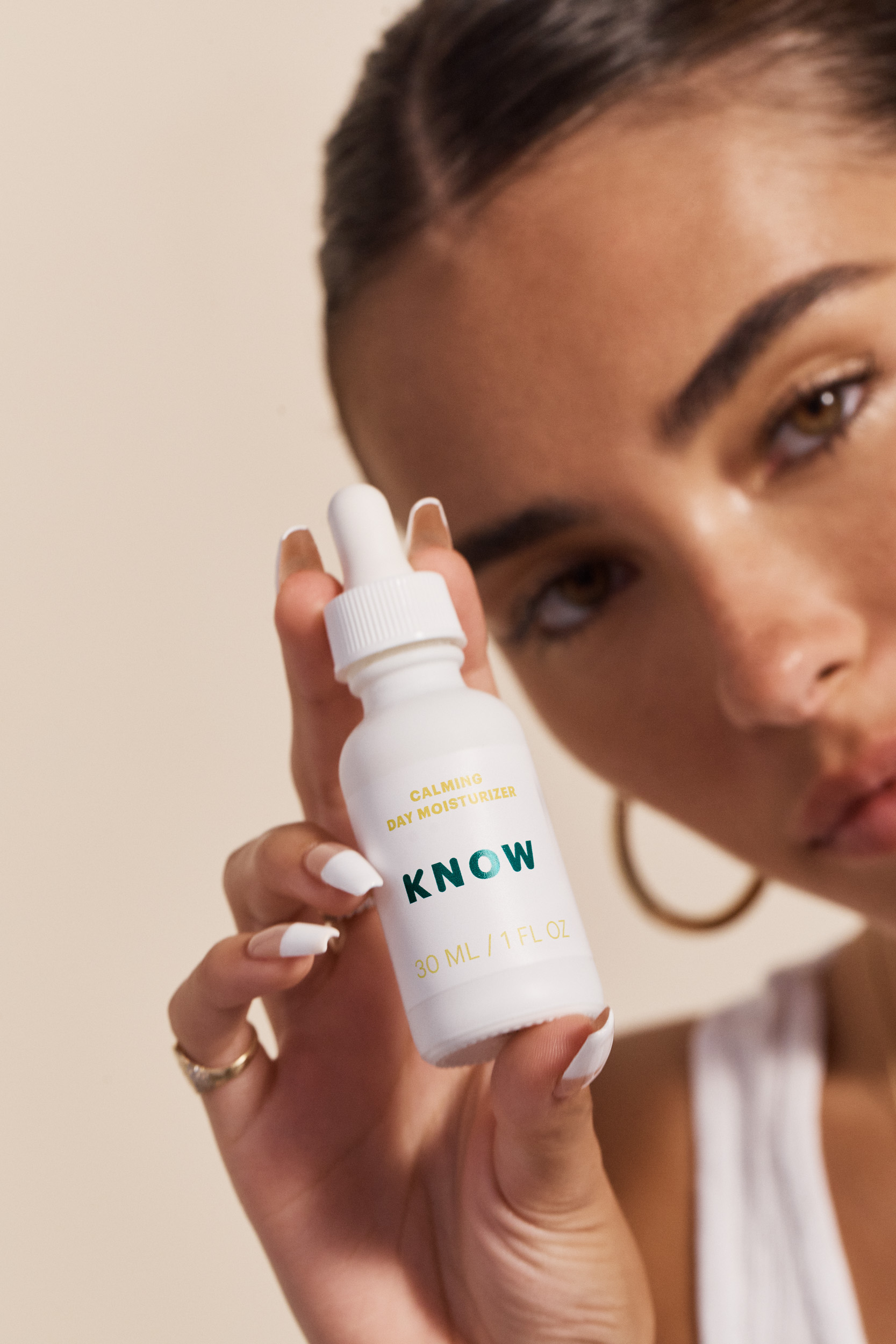 Each packaging, minimal and colorful, lists all ingredients used. Transparency, as well as accessibility, was of most importance, the women said.

“We wanted to join forces and create something that made it easy for girls like us or guys or whoever to be given the answers that they’ve been looking for, and how to actually take care of their personal skin, because everyone’s skin is different,” said Hudgens, who will next be seen in Lin-​Manuel Miranda’s directorial debut, “Tick, Tick… Boom!” Beer, meanwhile, has been working on her sophomore album and getting ready to tour.

“When your skin looks great, you feel great,” Hudgens continued. “It’s something that we want everyone to be able to feel.”