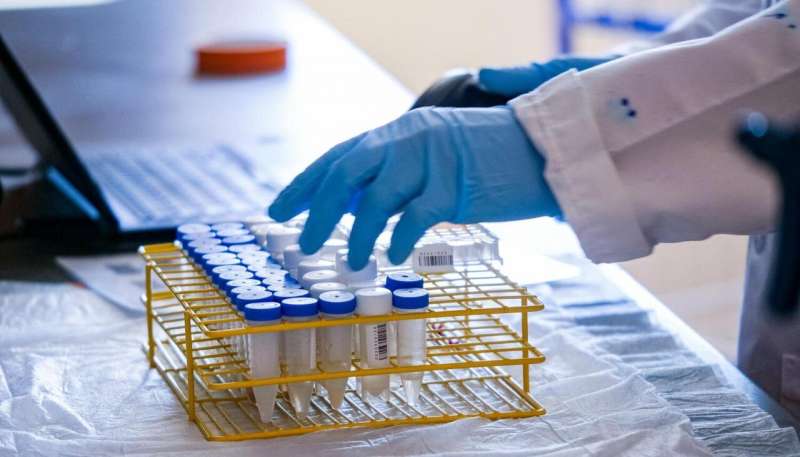 A few “super carriers” with off-the-charts viral loads are likely responsible for the bulk of COVID-19 transmissions, while about half of infected people aren’t contagious at all at the time of diagnosis, suggests a new CU Boulder analysis of more than 72,000 test samples.

A second, related study lends further credence to the idea that viral load, or the amount of virus particles a person carries, drives contagion. It found that only one in five university students who tested positive while living in a residence hall infected their roommate. And their viral load was nearly seven times higher than those who didn’t spread the virus.

“The takeaway from these studies is that most people with COVID don’t get other people sick, but a few people get a lot of people sick,” said Sara Sawyer, a professor of molecular, cellular and developmental biology and senior author of the first study. “If you don’t have a viral super-carrier sitting near you at dinner, you might be OK. But if you do, you’re out of luck. It’s a game of roulette so you have to continue to be careful.”

For the studies—among the largest to date to examine trends in asymptomatic people—researchers analyzed saliva samples collected from students, and some faculty and staff, on the CU Boulder campus between Aug. 17 and Nov. 25.

“What is so special about these samples is that they are all from infected people with no symptoms—a snapshot of all these seemingly healthy people you assume it is safe to be around,” said Sawyer.

Sawyer and her team quantified just how many viral particles, or virions, each of those samples contained, plotted it and compared it to samples from hospitalized patients. A few surprising patterns emerged. First, the distribution of viral loads in the asymptomatic sample was indistinguishable from that of highly symptomatic patients.

“This means that symptoms tell you very little about what is going on inside a person’s body,” said Sawyer. “Some of these asymptomatic people are carrying a viral load as high as someone who is intubated with COVID in a hospital bed.”

Just 2% of all the COVID-positive individuals at CU Boulder carried 90% of the circulating virus. One student with the highest load carried 5%.

“This provides another example of why you don’t necessarily need super sensitive tests that may take longer to process,” said coauthor Roy Parker, director of the BioFrontiers Institute and Howard Hughes Medical Institute investigator. “Even a faster but less sensitive test will catch all the people who are contagious.”

For a second study, researchers used the same samples to explore how often one roommate infected another.

In all, 1,058 students living in the dorms tested positive, constituting 16.5% of the population.

Students in single rooms were about half as likely to be infected. But this was not because the virus was spreading between roommates. (Previous research has shown that students who live alone tend to have fewer social contacts).

In fact, only 20% of infected students—those with significantly higher viral loads—transmitted the virus to their roommate.

Notably, CU Boulder—while allowing students to have roommates in the fall—required that students diagnosed with COVID-19 move into a dedicated isolation dorm for 10 days. But it can take time for a student flagged through screening to get a follow-up diagnostic, get notified and move out.

“One might think that students who were co-housed with another student longer before isolating would be more likely to transmit the virus to their roommate but we saw no impact,” said lead author Kristen Bjorkman, COVID scientific director for CU Boulder.

This does not mean that isolation has no impact at all on the spread of the virus, she said, but it does provide a ray of optimistic news for people who want to live with other people but are worried about safety.

“This is important for us and other universities to know because it tells us we can continue to offer on-campus housing and roommate pairing,” she said.

The findings may also offer relief to those who have received a positive COVID-19 test and fear for people they live with.

“People feel a lot of guilt about this but our study suggests that getting a positive test is not a guarantee you will infect your loved ones or roommates,” Bjorkman said.

Neither paper has been published in a peer-reviewed journal yet.

Collectively, the research shows that, in some cases it might be prudent to contact those with high viral loads fast—and encourage them to isolate quickly.