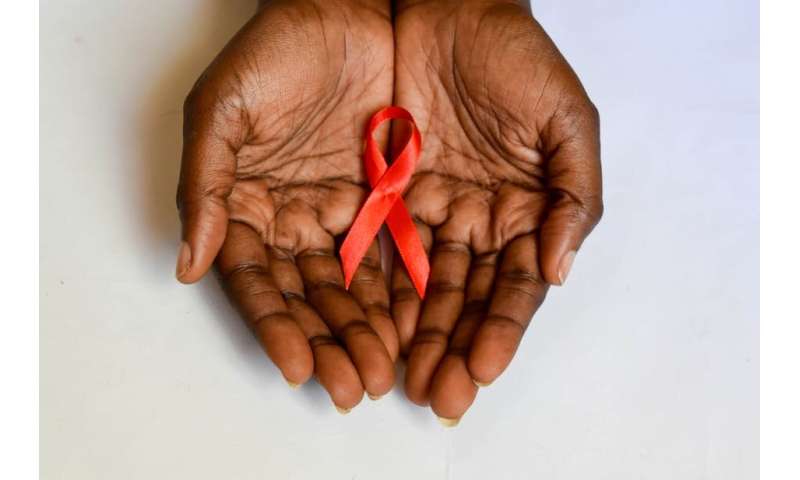 So how has a country like South Africa, with the heaviest AIDS burden in the world, fared?

According to UNAIDS, South Africa achieved the first of the three 90s in 2017. This was driven largely by two nationwide testing initiatives. But success in achieving the two remaining targets has been slower. As of 2018, only two thirds of the 7.1 million people living with HIV were on antiretroviral therapy, of whom 78% percent were virologically suppressed. This equates to only 44% of all people with HIV being virologically suppressed.

People who are virologically suppressed can’t transmit HIV, a major reason to push the 90-90-90 targets. If less than half of South Africans are suppressed, the country needs to work harder to get the missing half tested and treated appropriately. This is for their own health, and to stop further transmissions.

There are two main reasons these targets haven’t been met. The first relates to testing: people still don’t get tested, test late, or don’t make their way onto antiretroviral treatment.

The second is that people who do start their treatment often stop taking their medication. This has blunted the extraordinary way in which South Africa has enrolled millions of people onto safe and effective HIV treatment. Fifteen years ago, hardly anybody was on treatment and the disease killed almost everyone who had it. Today, most people with HIV have free access to a single, safe tablet a day in state clinics. As a result, people are living long healthy lives with HIV.

For South Africa to improve antiretroviral adherence, it needs a package of other interventions at a social, systemic and individual level. Innovative breakthroughs are also needed in the administration of the drugs.

Why people don’t take their drugs

The reasons that people don’t take their antiretrovirals are multi-faceted and extremely complex.

The side-effects of earlier antiretrovirals were one reason. But many of the newer antiretroviral medications are much better tolerated. People with HIV are therefore less likely to discontinue them. In fact, most of the reasons people don’t take their medication aren’t related to the antiretrovirals themselves.

Instead, they’re related to much broader and often social or systemic issues. These include the social chaos that surrounds people who have marginal or no employment; alcohol or substance use; family fragmentation and all the trappings of a society that often offers poor social support.

Treatment for most people with HIV consists of a single tablet taken once a day. Side-effects occur early on and resolve in the majority of cases within a few days or weeks.

In these terms, treatment for HIV is possibly well ahead of treatments for other chronic diseases, such as diabetes. It’s simple, convenient, effective, well tolerated and cost effective. And yet starting and staying on antiretroviral therapy remains a significant challenge.

Some of the myriad reasons for not taking antiretrovirals include complexity of the regimen; size of the pill; pill burden associated with treating other illnesses that people may have.

Stigma and non-disclosure of HIV status are further contributors, not to mention the impact of substance abuse and (often undiagnosed) mental health disorders like depression and anxiety.

So what’s the answer?

One answer is to come up with drugs that are easier to take. That goes without saying. In addition, however, we believe that the time is ripe to develop innovative approaches to improving adherence.

The theme of this year’s AIDS conference in South Africa is “Unprecedented Innovations and Technologies: HIV and change.” Its focus is on the incredible scientific, social and digital innovations and technologies that could expand possibilities and opportunities towards controlling HIV/AIDS.

One example currently under development that may help overcome some of the challenges posed to antiretroviral adherence at social, systemic and individual level is new thinking around how antiretrovirals could be delivered.

What if they could be delivered as an injectable medication at monthly (or even less frequent) intervals instead of a daily pill? Or even better, what about implantable antiretrovirals that last not months but years? No pills for people to have to conceal in cases of non-disclosure; no daily pill that is easily forgotten in the chaos of daily life; less frequent clinic visits which benefits the individual as well as the health system.

Studies have demonstrated that people with HIV prefer injectable antiretrovirals to pills, despite injection pain. If we look at the example of contraception, this isn’t surprising—the preferred contraceptives in sub-Saharan Africa are injectable contraceptives.