The autoimmune condition, which results in unpredictable hair loss, affected the 65-year-old suddenly beginning with “patchy hair loss” before the star decided to shave off not only his beard but his head hair too. Due to the drastic change in his appearance, producers of Neighbours had to quickly come up with a storyline for Dr Kennedy, blaming his hair loss on a “dodgy hair product”.

Addressing his bald look to some concerned viewers who reached out to the star asking if he was in good health, Fletcher reassured viewers that he finds his new look “fun” and overall is “fit and well”.

“Lots of fans have expressed a little concern about my health and there have been media enquiries as well,” he began in a video posted on Twitter.

“I just want to put something to rest. I am absolutely fine, I’m fit and well and working on Neighbours and having a great time.

“But, I can report to you, I do have a disorder called alopecia areata.” 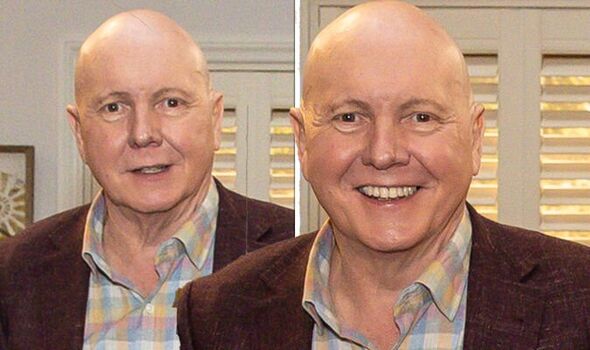 Going on to explain how he approached producers asking them to come up with a storyline to address his hair loss, Fletcher continued to say: “It was starting to get a bit weird.

“Karl was wearing caps all the time, so I went to the producers and literally said, ‘I need to have a little scene, just something wedged in that explains what’s going on.’”

With fans of Neighbours reassured that Fletcher had made peace with his condition, the actor went on to say that not everyone in the same position as him is so lucky.

He said: “One thing I will say is that alopecia areata can be quite serious to people, particularly from an emotional point of view.

“Sudden hair loss is really troubling for a lot of people, particularly for young people who can be terribly bullied. There is support out there.

“But let me assure you I’m absolutely fit and well, and thank you for your concern.”

The type that affects Fletcher, alopecia areata is the most common and refers to patchy baldness. It can affect anywhere on the body including the scalp, beard area, eyebrows, eyelashes, armpits and inside the nose or ears.

The other two most common types of alopecia include:

Researchers believe that both genetic and environmental factors play a role in the development of alopecia. It can begin at any age, with most people developing it during childhood or their teenage years.

One of the main causes is genes and hormones. The American Academy of Dermatology (AAD) explains that a specific hormone known as dihydrotestosterone (DHT) is derived from testosterone. DHT binds to testosterone found in hair follicles and weakens them. This can affect both men and women.

Another known cause of hair loss or alopecia is stress. Reportedly mostly by women, stress or stressful life events such as childbirth, physical trauma or sudden life changes can lead to hair loss.

According to AAD, nutritional deficiencies, including low iron or vitamin D, could cause alopecia. For this reason, they recommend developing a “healthy eating schedule that includes food-derived vitamins and nutrients, and… enough protein”. It is important to note that more research into the link between vitamin D and hair loss is needed. 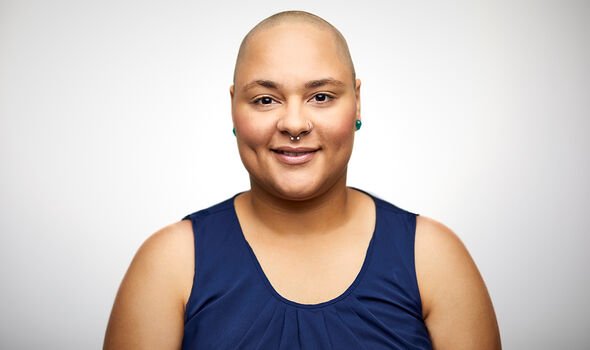 Yet another possible trigger for alopecia is thyroid issues. The thyroid is a neck gland that controls metabolism-related hormones and both low and overactive thyroid can trigger alopecia. Those who notice sudden hair loss, unexplained weight change, a change in energy levels and menstruation changes should seek medical opinion.

Two more uncommon causes of alopecia, as defined by the AAD include:

Along with painless hair loss, some individuals report a tingling, burning, or itching sensation on patches of skin right before the hair falls out.

When a bare patch first develops, it is hard to predict what will happen next. The possibilities include:

For some individuals with alopecia, hair will regrow without the need for further treatment, but for others, especially those with severe alopecia, common treatments like steroids can be applied directly to the scalp or skin to encourage regrowth.