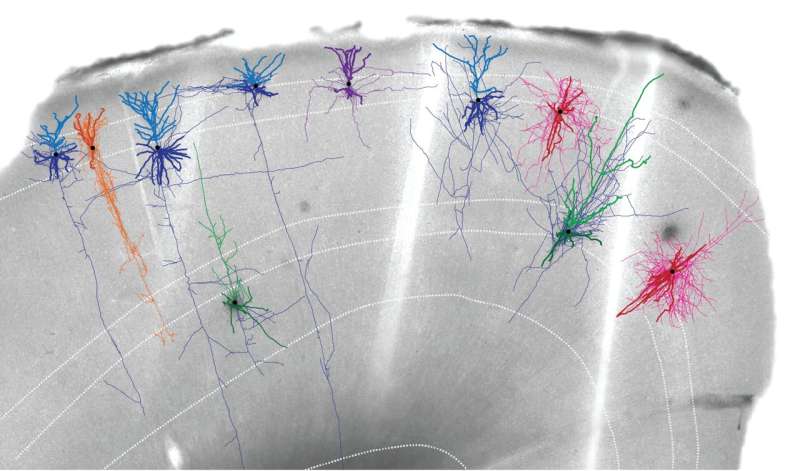 Before you read any further, bring your hand to your forehead.

It probably didn’t feel like much, but that simple kind of motion required the concerted effort of millions of different neurons in several regions of your brain, followed by signals sent at 200 mph from your brain to your spinal cord and then to the muscles that contracted to move your arm.

At the cellular level, that quick motion is a highly complicated process and, like most things that involve the human brain, scientists don’t fully understand how it all comes together.

Now, for the first time, the neurons and other cells involved in a region of the human, mouse and monkey brains that controls movement have been mapped in exquisite detail. Its creators, a large consortium of neuroscientists brought together by the National Institutes of Health’s Brain Research Through Advancing Innovative Neurotechnologies (BRAIN) Initiative, say this brain atlas will pave the way for mapping the entire mammalian brain as well as better understanding mysterious brain diseases—including those that attack the neurons that control movement, like amyotrophic lateral sclerosis, or ALS.

The atlas is described in a special package of 17 articles published today in the journal Nature, including a single flagship paper that describes the entire atlas. 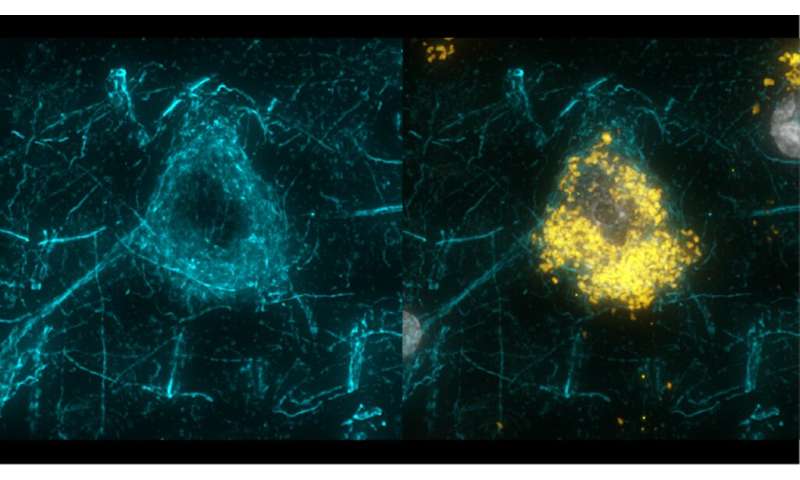 “In a human brain, there are more than 160 billion cells. Our brain has more than 20 times more cells than there are people in this world,” said Hongkui Zeng, Ph.D., Executive Vice President and Director of the Allen Institute for Brain Science, a division of the Allen Institute, and lead investigator on several BRAIN Initiative-funded studies. “To understand how a system works, you need to first build a parts list. Then you have to understand what each part is doing and put the pieces together to understand how the whole system works. That’s what we’re doing with the brain.”

The massive BRAIN Initiative-funded collaboration involved dozens of research teams around the country who worked together to complete a cell-by-cell atlas of the primary motor cortex, a part of the mammalian brain that controls movement. Combining more than a dozen different techniques to define brain “cell types” across three different species of mammals, the resulting open-access data collection is by far the most comprehensive and detailed map of any part of the mammalian brain ever released. The researchers classified the millions of neurons and other kinds of brain cells present in the motor cortex into many different cell-type categories—the actual number of different brain cell types in this region depends on how they are being measured, but ranges from several dozen to more than 100.

The researchers picked the primary motor cortex in part because it’s similar across all mammalian species—while humans, monkeys and mice have many differences between our brains, the way we control movement is very similar—and because it’s representative of the neocortex, the outermost shell of the mammalian brain that not only integrates sensory and motor information but also gives rise to our complex cognitive functions. This completed atlas is one large step in the effort to create a catalog or census of all brain cell types through the BRAIN Initiative Cell Census Network, or BICCN. The NIH launched the BICCN in 2017, awarding nine collaborative network grants, three of which are led by Allen Institute for Brain Science researchers.

Like a population census, the cell census aims to catalog all different types of brain cells, their properties, their relative proportions and their physical addresses to get a picture of the cell populations that together form our brains. Knowing the “normal” brain’s cellular makeup is a key step to understanding what goes wrong in disease.

“If we really want to understand how the brain works, we have to get down to its fundamental unit. And that is the cell,” said Ed Lein, Ph.D., Senior Investigator at the Allen Institute for Brain Science and lead investigator on several BRAIN Initiative studies focused on the human brain. “This is also clinically important because cells are the locus of disease. By understanding which cells are vulnerable in different brain diseases, we can better understand and ultimately treat the diseases themselves. The hope with these studies is that by making this fundamental classification of cell types, we can lay the groundwork for understanding the cellular basis of disease.”

The atlas’s creators used several different methods to measure a variety of cellular properties to define a cell type by correlating and integrating these properties, which include the complete set of genes a cell switches on; a cell’s “epigenetic” landscape, which defines how genes are regulated; cells’ 3D shapes; their electrical properties; and how they connect to other cells. The single-cell gene expression and epigenetic data were especially important as the researchers were able to use these data to integrate all the other kinds of cell-type data, creating a common framework to classify cell types and compare them within and between species.

The studies required not only collaboration among researchers to design and execute the experiments, but also coordination and public sharing of the data that resulted from the atlas project and other projects under the BICCN. The Brain Cell Data Center, or BCDC, is headquartered at the Allen Institute. The data center, led by Allen Institute for Brain Science Investigator Michael Hawrylycz, Ph.D., helps to organize the BICCN consortium and provides a single point of access to the study’s data-archiving centers across the country.

“One of our many limitations in developing effective therapies for human brain disorders is that we just don’t know enough about which cells and connections are being affected by a particular disease, and therefore can’t pinpoint with precision what and where we need to target,” said John Ngai, Ph.D., Director of the NIH BRAIN Initiative. “The Allen Institute has played an important role in coordinating the large amounts of data produced by the BRAIN cell census project that provide detailed information about the types of cells that make up the brain and their properties. This information will ultimately enable the development of new therapies for neurologic and neuropsychiatric diseases.”