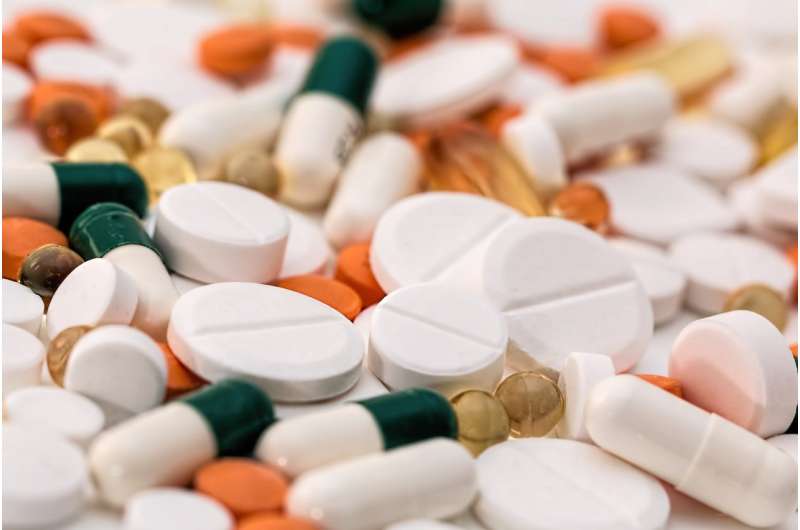 Europe and North America have seen shortages of the key antibiotic amoxicillin and other medications as surging illnesses particularly among children have increased demand for the drugs.

Hospitals in many countries have come under pressure from a rising number of illnesses including what has been dubbed a “tripledemic” of COVID-19, influenza and the respiratory syncytial virus (RSV) which causes bronchiolitis.

But ramping up production of antibiotics has proved difficult for drug makers, particularly for cheap generic medicines that offer a slender profit margin.

Here are some answers to key questions about the shortages.

Amoxicillin is a member of the penicillins antibiotic family and is used to treat a range of bacterial illnesses, including chest and ear infections, often in children.

In France, the medicines regulator ANSM said last month that there are “strong supply tensions” for the version of amoxicillin most used by children, warning the situation could last until March.

Germany, too, has sounded the alarm about shortages of a range of drugs including amoxicillin and other antibiotics.

The move came after at least 19 children died from Group A Streptococcus (Strep A), amid reports that doctors and parents are struggling to find antibiotics to treat the illness.

Outside of Europe, amoxicillin has been on the US Food and Drug Administration drug shortage database since October.

The FDA told AFP that it “is currently working with the approved manufacturers and others in the supply chain”.

Other countries including Canada and Australia have also recently put amoxicillin on their list of drugs for which pharmacists are authorised to find substitute treatments.

What is causing the shortages?

Winter in the northern hemisphere has brought a particularly nasty influenza season as well as spikes in other viruses such as RSV. The surge comes after two years in which COVID measures such as quarantines, self-isolation and mask-wearing significantly decreased the rate of such illnesses.

Pharmaceutical companies who had cut back production because of the previously falling demand are now scrambling to meet skyrocketing orders, causing delays.

The producers of the drugs’ active ingredients have also struggled with shortages.

Sandoz, the generic drug division of Swiss pharmaceutical giant Novartis, told AFP that the “stock shortages at our competitors also contribute to the unexpectedly high sales of our drugs, and therefore to additional supply difficulties”.

Antibiotics are old drugs whose patents have often fallen into the public domain, meaning that generic versions can be sold cheaply.

Drug makers therefore have little monetary incentive to produce such antibiotics. Indeed, even generics producers can struggle to maintain a significant profit.

Thomas Borel, the scientific director at LEEM which represents French drugs firms, said there had been insufficient investment from the industry “in view of the growing demand for this type of medicine”.

He added that the economic model makes it difficult for drug makers “to recover their costs” when it comes to antibiotics.

Another issue is that only around 10 firms, most of them in Asia, still produce the active ingredients for amoxicillin.

In the short term, national health authorities have recommended that pharmacists and doctors substitute the drugs in short supply with other medications whenever possible, as well as limiting treatment duration.

Manufacturers including Britain’s GSK have also ramped up production speed.

Sandoz said it has hired more staff and invested in upping production at its Kundl site in Austria.

More broadly, some industry specialists have called for a new business model that combines the needs of patients and those of the companies that produce such cheap drugs.

LEEM’s Borel said “the pharmaceutical industry must be considered to be a strategic sector in which public authorities must be more vigilant than they have been in recent years.”