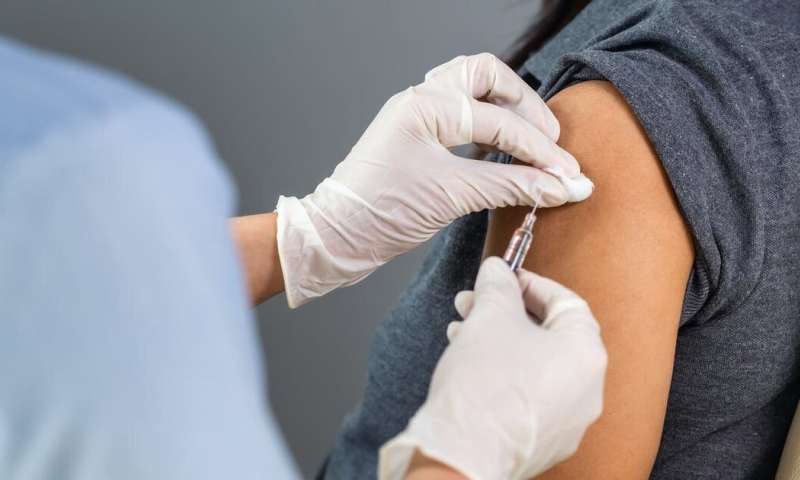 Vaccinations against COVID-19 are getting underway in England and will soon follow elsewhere. This is great news, but just the start of a long program that could extend well into the middle of 2021—and beyond. In the meantime, the number of people protected from symptomatic COVID will steadily grow as more people are vaccinated.

The economy won’t suddenly restart with the first injections on December 8, but could it slowly reopen, perhaps allowing those who have been vaccinated to return to a normal life?

The idea of “immunity passports”—documents that certify whether someone has had a COVID vaccine or recovered from the disease and can be used to allow entry to a country or establishment – has been debated throughout the year. Some governments have already adopted the concept.

The UK’s NHS has created a card for people who have received the vaccine, stating the name of the vaccine, the batch number, and the date of the vaccine given. There is space for this information on the first and second dose. The card states in bold: “Make sure you keep this record card in your purse or wallet.”

This card will enable the NHS to keep track of vaccination dates, and it shouldn’t be considered an immunity passport. Indeed, the country’s health secretary, Matt Hancock, told Sky News that the government had no plans for the card to act as a passport. But that won’t necessarily stop businesses or other countries treating it like one.

Immunity passports were first discussed early in the pandemic when people that survived COVID-19 were shown to have evidence of antibodies or T cells, or both, that were specific to the virus. Some people assumed that because these are signs of protective immunity for some other viruses, they probably also meant protection from SARS-CoV-2, the virus that causes COVID-19. But at this point, we could not safely predict what would happen to people who were exposed to the virus a second time, so immunity passports were definitely not a good idea.

We now know that vaccines can induce protective immunity by kicking off an early response to part of the coronavirus known as its spike protein. However, the data from protected people following vaccination has not been released yet. This is important because if we don’t understand the key ingredients for protection, we can’t monitor immunity effectively.

For example, is having antibodies that target the coronaviruses spike proteins enough to protect against reinfection? Also, are the thresholds for protective immunity the same in young and old and specific groups, such as the immune-suppressed?

We need to know how we can monitor immunity to begin to understand who is likely to be safe and for how long, following vaccination. Without this, immunity passports or equivalent can only tell us when someone was vaccinated or infected—not whether they are still protected.

Assuming that if we bear the hallmarks of protective immunity we can consider ourselves safe, what does this mean for others around us? An effective immunity passport could be very attractive for activities such as flying, going to the theater, or even going to restaurants, pubs and clubs.

One key aim of vaccines is to reduce the chance of severe disease for the vaccinated person and to reduce the risk of death from the disease being vaccinated against. This is possible because vaccination leads to a rapid immune response when we become infected with the virus, as our immune system has been primed by the vaccine.

An earlier response also reduces the time that we are infected, and this, in turn, may reduce the time that we are shedding infectious virus. However, vaccinated people may still transmit infection, and we need to gather evidence after the vaccines are rolled out to measure if vaccines can confer sterilizing immunity and eliminate transmission. The Oxford-AstraZeneca vaccine trial may also have data that addresses this question, but it has not reported yet.

To protect those around us, we would need to continue wearing a mask and keep our distance after being vaccinated, until the vaccines become available for all or until we understand who can be protected. Being personally protected following successful vaccination does not absolve us of social responsibility.

Here comes the good part: when vaccination reaches over 70-80% of the population, the virus will run out of places to hide. This is how we eradicated smallpox in the past, how we reduced polio cases close to eradication and how we can eliminate SARS-CoV-2 as a threat to humanity.

Even in the absence of sterilizing immunity, reducing viral loads and the duration of infection in vaccinated people will help reduce transmission.

To achieve this, we need to reach the viral carriers that drive transmission rates and these may not be the same people as the vulnerable groups that will be vaccinated first. These may be the young, that run a lower risk of death from this disease but can transmit it well in superspreader events.