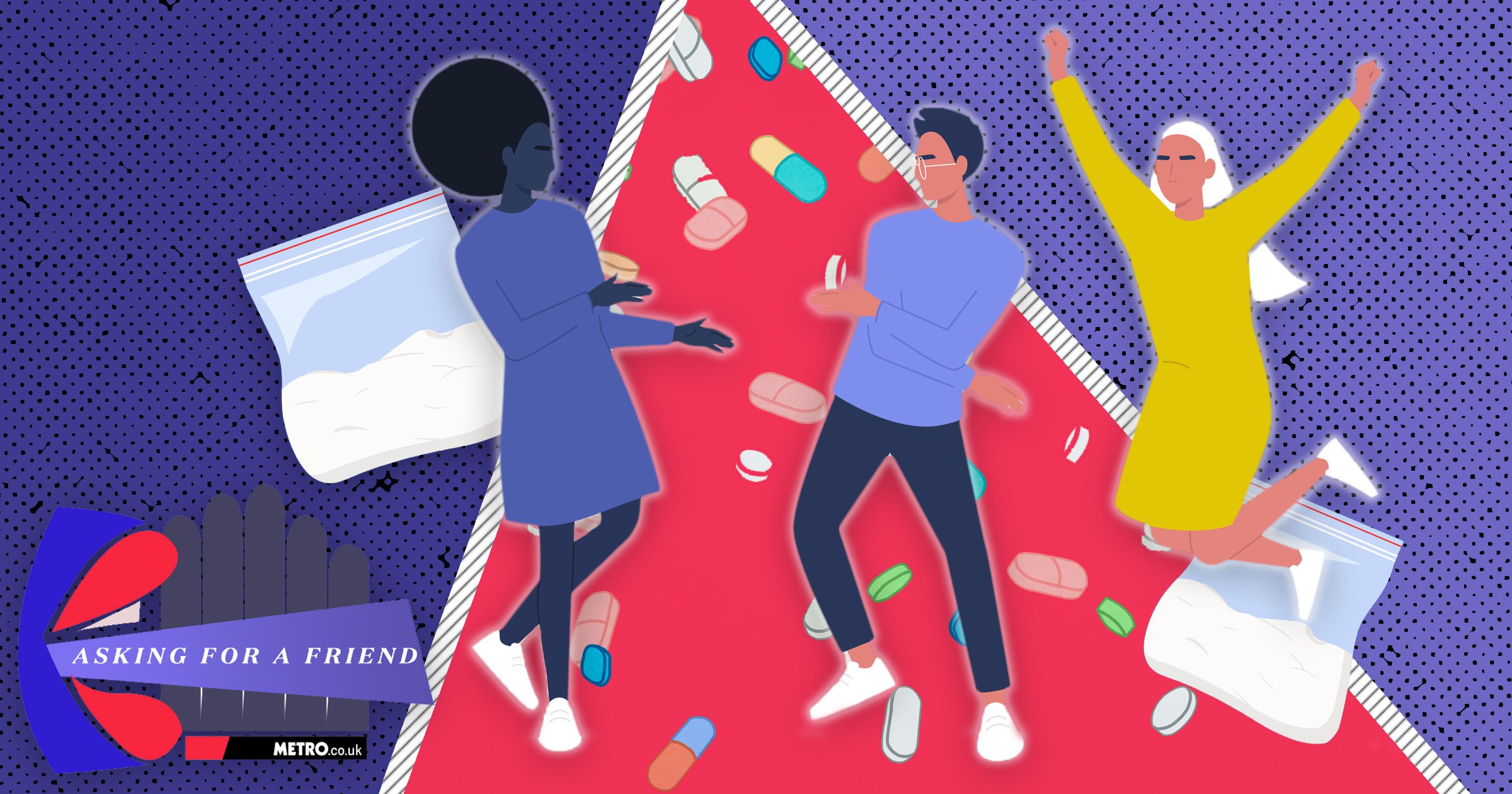 Asking For A Friend is the series where we answer the questions that you’ve always wanted to ask.

Though many people wouldn’t like to admit it, recreational drug use is extremely common in the UK.

Statistics from the Office for National Statistics 2020 Crime Survey for England and Wales showed that one in 11 adults aged 16 to 59 had taken a drug in the year ending March 2020.

More than a million in the same age group had taken a Class A drug such as cocaine, MDMA, heroin or LSD.

More recently, a 2022 YouGov survey found that one in four Britons (39%) had taken recreational drugs, with this number increasing to around 50% for those aged 25 to 55.

Among students, recreational drug use is even higher, with 58% of respondents to a survey carried out by drug welfare companies Neurosight and Drugs and Me stating they’d taken an illicit substance between September and December 2020.

The point is, it’s extremely common.

But, with drug use so entrenched in certain social groups and activities, it might be hard to recognise if your drug use is becoming problematic.

‘One of the biggest challenges that exists with illicit drug use is that social groups and friendship groups form patterns of behaviour, which is particularly normal within that group,’ Paul North, who specialises in addiction, drug policy and harm reduction, tells Metro.co.uk.

He gives the example of a group of friends who frequently go out to gigs or night clubs and always take a certain drug, such as MDMA or cocaine.

‘In their little subculture and group of mates, that could become the most normal thing in the world,’ Paul says. ‘They’re using that drug to enjoy it and they have easy access to it.

‘But the challenge for that group is to have a barometer outside of their social circle as to what other groups might be doing.

‘And [when they don’t], problematic patterns of behaviour and relationships with drugs can become really commonplace, and when it has become the norm, it can become very difficult to deviate away from that or to question or challenge it.’

On top of that, Paul says that just because some people may have a lot of experience with a certain drug does not mean they fully understand the harms involved with it.

Plus, a lack of up to date information and harm reduction advice, coupled with the stigma placed on drug users, makes it difficult to have conversations around problematic drug use in the first place.

How to tell if your drug use has become problematic

While there are some clear warning signs that somebody might have a drug problem, such as using a substance daily, using a substance while alone or even using drugs in problematic contexts, like during work, these aren’t the only things to look out for.

Indeed, as Paul notes, someone who only uses drugs in social settings can still be using drugs problematically.

‘There are multiple factors you have to look at,’ he says. ‘It’s not simply about frequency of use, or whether they’re doing it or not, it’s a much more complex relationship.’

But there are some questions you can ask yourself if you’re worried you have a problem.

Imagine life without the drug

One exercise Paul recommends, particularly before an occasion that would usually warrant you using your drug of choice, is to imagine how you’d feel if you decided not to get any.

‘Does that fill you with sadness, anxiety and fear? Do you believe that you won’t enjoy the event and does it make you not want to go? Or are you not so bothered, do you still think it would be fun?’ says Paul.

‘It’s a useful exercise because it helps someone identify the importance of the drug in that situation and it can be an indicator of how much value and worth you put on a drug over the other part of experience, like seeing your friends or dancing.’

He continues: ‘If you choose to use illicit or illegal drugs, it should be about making a good time better, rather than making a bad time bearable – it should add to the experience rather than helping you deal with it.’

If you identify more with the latter, you might have a problem.

How is your drug use impacting your life?

If you intentionally take drugs in excess – or even if it’s unintentional – you’re likely to notice a knock-on effect on your day-to-day life.

For example, Paul recommends thinking about how you feel after taking a substance. If you feel awful and it takes days to recover, it’s something you need to look at. But you also need to look at the other ways it could be impacting you.

‘A big one to take note of is your finances,’ Paul adds. ‘If you look at my bank account and think about the drug, how much money are you actually spending on it? Are you prioritising it over things like your gym membership, food or bills?’

Perhaps you’ve noticed a decline in your physical or mental health, or even your work ethic.

If drug use is getting in the way of you living a full, healthy and happy life, it could be problematic.

Are drugs causing you to compromise on your values?

Finally, it’s a good idea to consider whether your drug use is causing you to compromise on your values.

Paul recommends writing all of your core values down before attempting to tackle this question.

‘Maybe you care about family, work, your health, being active in your community,’ says Paul. ‘Once you’ve identified these things, you need to analyse what relationship your drug use has with them.’

So, for example, if you skip out on seeing family because you’re on a comedown, or you’d rather go out and take drugs, you’re compromising your values.

Or maybe you take a sick day from work because you’re completely wiped out after a bender.

In this case, it’s also a good idea to ‘zoom out,’ says Paul: be introspective and think about how things were before you began using drugs.

How were things different, if at all, and how much has changed due to your drug use?

If there’s a noticeable difference, it might be time to talk to someone.

If you or someone you know is struggling with drug use, visit this page to find a number of drug treatment and advice services near you.