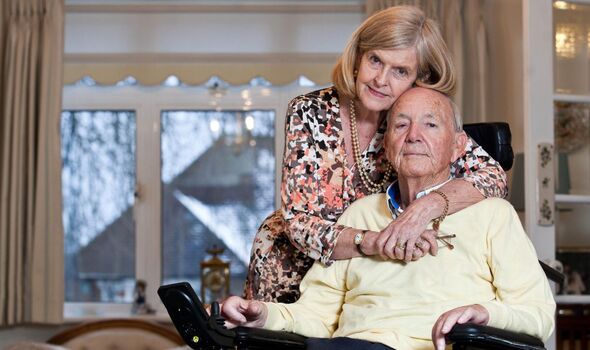 The Commons Health and Social Care Committee is due to hold a series of evidence sessions this year.

But campaigners want reassurances that MPs will hear from patients directly affected by the current law, as well as medical professionals.

The Daily Express Give Us Our Last Rights crusade is calling for a change in the law to give people who are terminally ill, of sound mind and with less than six months to live, the option of an assisted death.

A YouGov poll of 2,000 adults for Dignity in Dying showed three quarters were in favour of assisted dying reform.

Just four per cent opposed any change, 15 per cent did not know and the rest recommended no action or chose none of the options.

Of those who wanted change, 36 per cent supported the idea of a Government Bill on assisted dying and 25 per cent making Parliamentary time for a free vote.

Some 22 per cent wanted more evidence to be gathered before a vote and 18 per cent thought a citizens’ assembly should be established.

Retired accountant Geoff Whaley, who was paralysed from the neck down by motor neurone disease, chose to end his life at Swiss clinic Dignitas in 2019.

But his final weeks with wife Ann were blighted by a police inquiry, following an anonymous tip to a domestic abuse unit.

Ann, 80, from Buckinghamshire, said: “The whole thing was ridiculous. I knew I wasn’t a criminal.”

The case was dropped and the pair made the £14,000 journey to Dignitas with their two children and friends in February 2019.

Ann said the process would have been much easier if Geoff had been allowed to have an assisted death in the UK.

She added: “I lost a stone and a half in three weeks. It was hugely stressful. Especially with the police.

“It so affected us because when I was taken off and interviewed under caution, my husband…all of a sudden his control was taken away. If I was imprisoned, he would have been unable to go.

“He wanted to be in control of his end. He wanted to die peacefully with his friends around him, in the arms of his wife of 52 years – which he did.”

Ann said it was “absolutely essential” that the Health Committee listens to stories like hers. She added: “The big thing is compassion and that MPs are not listening to their constituents.”

Charlie Kentish took his own life in his garage aged 94 after enduring the horrific effects of oesophageal cancer for months.

He was diagnosed in early 2016 after experiencing problems swallowing and declined to undergo surgery.

His daughter Barbara Wall, 70, said: “He did not want to prolong his life, as he saw it, which at the age of 94 was understandable.”

Charlie became increasingly distressed as the disease progressed and isolated himself, embarrassed about symptoms such as trouble speaking, choking and regurgitation.

He was not in pain and was supported by a “wonderful” palliative care team and GP, Barbara said.

But he could no longer see the purpose in living and once told a nurse he would like “an injection in the back of my hand to make me go to sleep”.

On November 13 2016, Barbara’s phone calls to her father went unanswered. A neighbour went to check on Charlie and tragically found him dead in his garage.

Barbara said any change in the law must be closely governed but she supports calls for reform. She added: “It’s about letting people make the choice and preserving their dignity.”

You can share your views with the inquiry here before midnight on Friday.

• When life is difficult, Samaritans are here – day or night, 365 days a year. You can call them for free on 116 123, email them at [email protected], or visit www.samaritans.org to find your nearest branch.