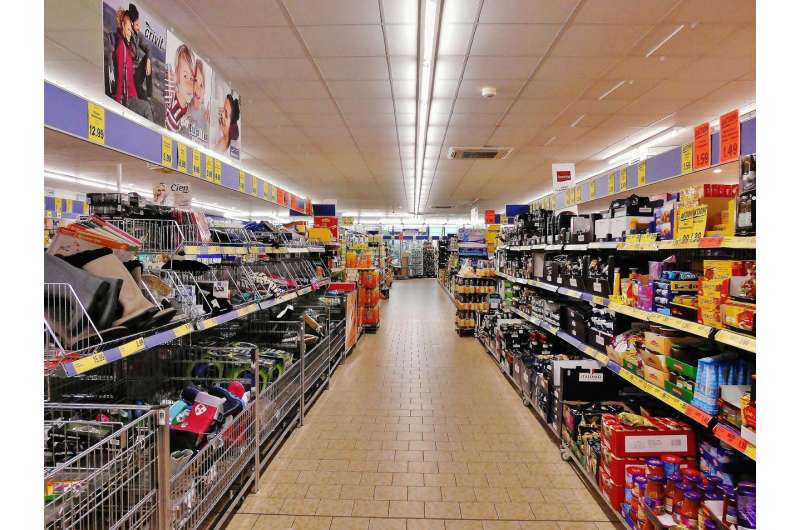 Consumption of ultra-processed foods and drink could increase the risk of developing colorectal cancer. This was the conclusion of a large study undertaken by the Barcelona Institute for Global Health (ISGlobal), a center supported by the “la Caixa” Foundation, based on questionnaires about food behaviors completed by around 8,000 people in Spain. The study, the first of its kind in the country, also analyzed the relationship between ultra-processed food and drink products and two other cancers; while no association was observed with prostate cancer, in the case of breast cancer a higher risk was observed in the sub-group of former and current smokers who reported a diet high in ultra-processed products.

Social, economic and industrial changes have driven a rise in ultra-processed food and drink consumption, which currently accounts for between 25% and 50% of the total energy intake in diets in Europe and in high- and middle-income countries. The Nova classification system groups all foods and drinks into four categories according to how much processing they undergo. Ultra-processed foods—those that undergo the most processing—are industrial formulations with more than five ingredients which usually contain additional substances, such as sugar, fats, salt and additives. Examples of products in this category include sugary soft drinks, ready meals and mass-produced industrial baked goods.

The aim of the present study was to assess whether the consumption of ultra-processed foods and drinks is associated with an increased risk of colorectal, breast or prostate cancer. To this end, the researchers undertook a case-control study of 7,843 adults living in different Spanish provinces: half of the participants had a diagnosis of colorectal (1,852), breast (1,486) or prostate cancer (953); and the other half were people with the same characteristics who did not have cancer. Data were obtained from the multicase-control study MCC-Spain. Dietary data was collected using a validated questionnaire designed to evaluate the frequency of consumption of usual food and drink items over a one-year period. The results were then classified according to the level of processing using the Nova classification.

The study, published in Clinical Nutrition, concluded that the consumption of ultra-processed foods and beverages is associated with an increased risk of colorectal cancer: a 10% increment in the consumption of ultra-processed foods and drinks was found to be associated with an 11% increase in the risk of developing colorectal cancer.

Dora Romaguera, first author of the study and researcher at ISGlobal, the Institut d’Investigació Sanitària Illes Balears (IdISBA) and the CIBEROBN, says that this relationship can be explained, in part, “by the low intake of fiber, fruits and vegetables, which are known to offer protection against colorectal cancer, among people who eat a lot of ultra-processed foods, but also by the additives and other substances with carcinogenic potential typically used in processed food products.”

In the case of breast cancer, no strong relationship was found, but an association was observed in the group of current and former smokers. Romaguera explains that “smoking is a risk factor for breast cancer, and smoking and certain dietary factors, such as the consumption of ultra-processed foods and beverages, are known to have synergetic effects on cancer development.”

No association was found between prostate cancer and a diet high in ultra-processed products. “This finding is not surprising and is consistent with the results of previous studies of dietary factors and prostate cancer risk, in which no link was found,” adds Romaguera.

The results of the study showed that people with breast and colorectal cancer, but not those with prostate cancer, reported less healthy diets than people without cancer in the control group. “We found differences in terms of their intake of energy, fiber, energy density and saturated fatty acids. Consumption of ultra-processed foods and beverages was higher among colorectal and breast cancer cases than in the controls,” says ISGlobal researcher Sílvia Fernández, joint first author of the study.

The food groups that accounted for the largest proportion of ultra-processed food consumption were sugary beverages (35%), sugary products (19%), ready-to-eat foods (16%) and processed meats (12%). Processed meats have already been classified as carcinogenic by the International Agency for Research on Cancer (IARC). However, according to Pilar Amiano, researcher at the Guipúzcoa Public Health Service, which coordinated the study: “ultra-processed foods and drinks in general are not yet classified as carcinogenic because the aim of the IARC was not to assess the overall risk of an individual’s diet, but rather to focus on specific components that might be dangerous, such as processed meats.”