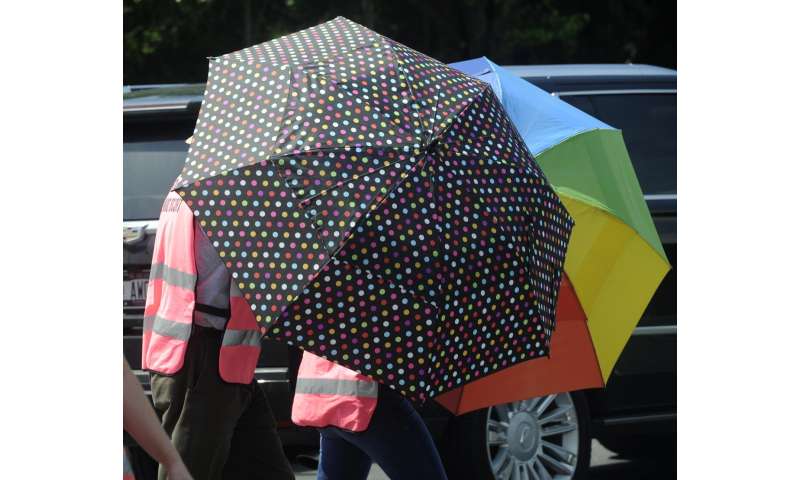 Abortion clinics are facing protesters emboldened by a flurry of restrictive new state laws as they reassure confused patients that the laws have yet to take effect, abortion providers said.

“We have actually had many people calling and say, ‘Are you open? Are you still seeing patients? Is abortion now illegal? Will something happen to me if I come for care?'” said Dr. Willie Parker, one of two doctors providing abortions at the Alabama Women’s Center in Huntsville recently.

Last week, Alabama enacted the nation’s strictest abortion law, making performing abortions a felony at any stage of pregnancy with almost no exceptions.

Women who came through the doors held hands with loved ones or curled into chairs as they waited. A television set to a cable news channel aired a segment about Alabama’s abortion law.

It is one of only three abortion clinics in the state, and the only one that provides abortions when a woman is up to 20 weeks pregnant. Some patients drove from Mississippi and other neighboring states because of a shortage of clinics.

“Our doors are open, and we continue to be here for women in our communities, and we intend to keep it that way,” said Dr. Yashica Robinson, an obstetrician and gynecologist who provides abortions at the clinic. 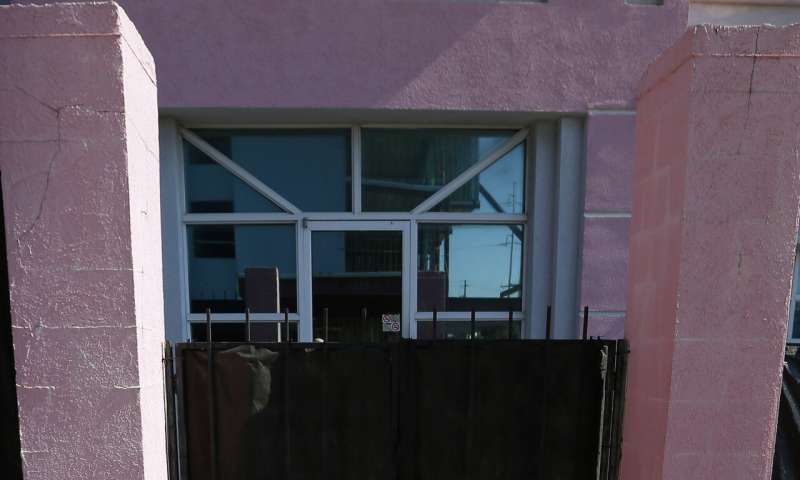 Thank you notes from patients, sent on cards or written on yellow and blue sticky notes, dot a bulletin board in the clinic.

“I was so scared on this journey in the Bible Belt, and you put me at ease with no judgment,” one read.

Georgia , Kentucky , Mississippi and Ohio have passed laws that prohibit abortion when a fetal heartbeat is detected—about six weeks, before many women know they are pregnant. Missouri and Louisiana are close to enacting similar bans.

None of the laws has taken effect, and all are expected to be blocked while legal challenges work their way through the courts. 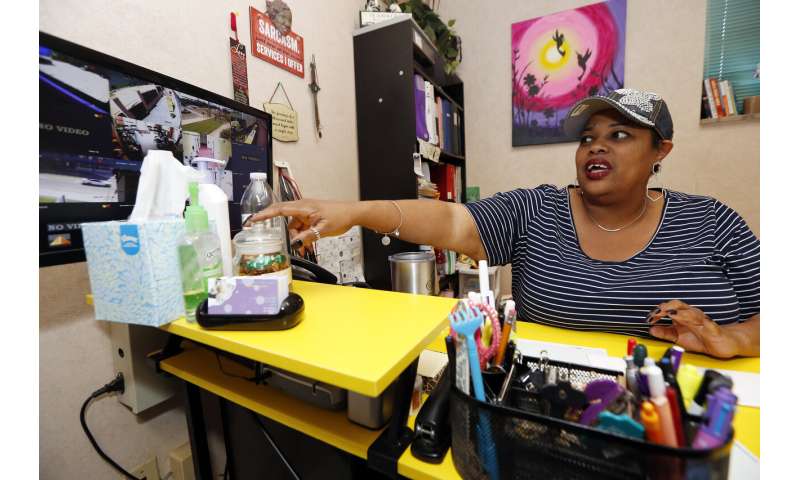 That prospect has energized protesters at Mississippi’s only abortion clinic and made them more aggressive, with 100 people gathering on some days singing and waving signs— double the usual number, clinic owner Diane Derzis said.

“They know they’re winning, and they don’t care what they need to do,” she said.

Messages in pink and blue chalk remained on a sidewalk recently near the hot pink building in Jackson that houses the clinic: “Babies are murdered here” and “Repent. Turn to Christ.” 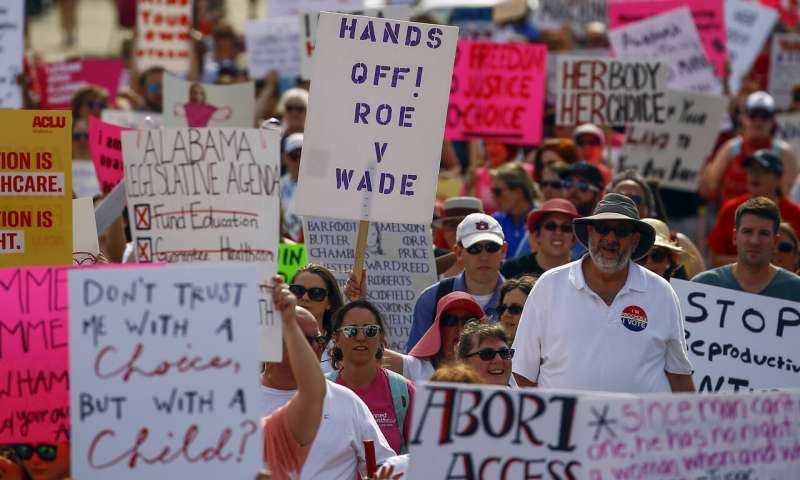 Clinic administrator Shannon Brewer took a call from a pregnant woman wanting to schedule an abortion for next week. Brewer told her about the requirement for two trips to the clinic—the first for state-mandated counseling and the second, at least 24 hours later, for the procedure.

She told the woman that no bags, purses or children are allowed. The ban on bags and purses is because of security concerns and the ban on children is because of protesters, Brewer explained after she was off the phone.

“People are screaming at the women as they come in,” she said. “That’s not good for a child.”

POWER House, a group that offers escorts to women seeking abortions in Montgomery, Alabama, for the first time hired an off-duty police officer to watch over escorts and patients because of the attention generated by Alabama’s new abortion law, said Mia Raven, the group’s executive director. 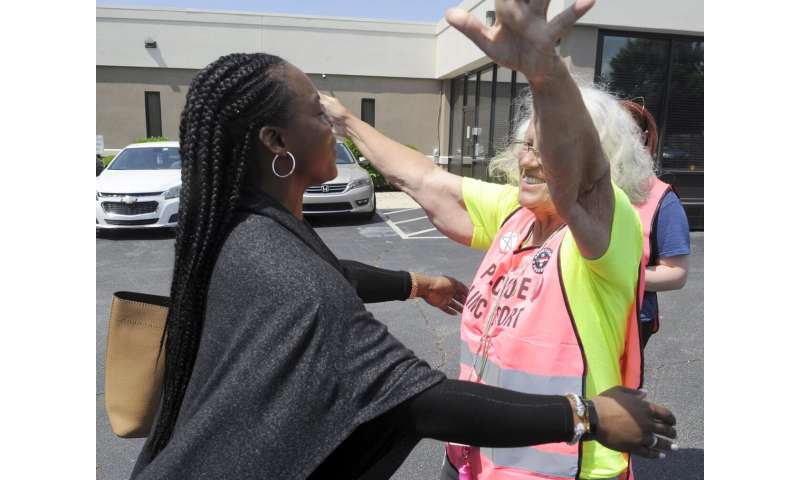 Abortion opponents disputed the claim that protesters were more aggressive because of the new state laws and push to overturn Roe v. Wade.

“We have not really had any reports of any heightened activity in the area of protesting of the clinics or anything like that,” said Zemmie Fleck, executive director of Georgia Right To life.

In Atlanta, doctors who provide abortions are talking about how to practice in accordance with the Georgia law if it’s not blocked in court and goes into effect as scheduled in January, said Dr. Lisa Haddad, an associate professor in gynecology and obstetrics at Emory University School of Medicine. Georgia includes an exception to save the life of the mother, but Haddad said doctors will need protocols to determine when to invoke that provision. 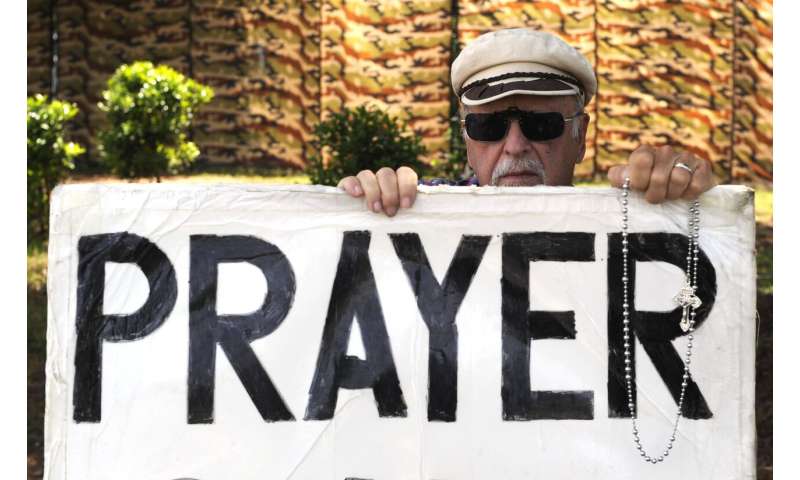 She said a doctor who was prepared to provide abortions in Georgia decided against immediately taking the job after the new law passed.