Eczema can occur on any part of the body, but most commonly occurs on the hands, the inside of the elbows, the backs of the knees, and the face and scalp. GPs usually recommend moisturising treatments or topical corticosteroids to reduce swelling, but what might work for one eczema sufferer, may not work for the other. Some people may also want to opt for more natural remedies.

Three alternative treatments proven to relieve the symptoms of eczema are turmeric, quercetin and omega-3

Three alternative treatments proven to relieve the symptoms of eczema are turmeric, quercetin and omega-3.

Research has found that turmeric, an Ayurvedic (Indian medicine with historic roots) can lessen eczema symptoms.

Holland & Barrett explains: “Several studies have shown a significant improvement in the severity of the effects of skin disease in people with turmeric.

“Turmeric can be taken in powder, capsule or tablet forms and even in tea, and of course you can use turmeric as a delicious spice for your food.

“Daily doses of three to four grams have been used in eczema research studies, with positive results.” 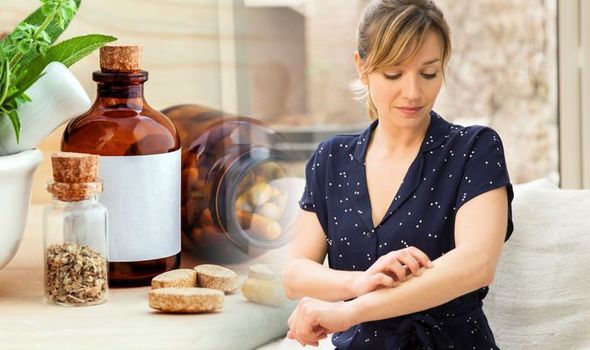 This flavanol found in vegetables such as onions and broccoli and fruits such as apples as well as green tea, is known for its anti-oxidant properties and anti-allergic activities.

Claire Barnes, nutritional therapist at Bio-Kult, explained to Express.co.uk: “Quercetin effectively inhibits the secretion of histamine and pro-inflammatory markers and has been shown to decrease eczema that have previously not responded to conventional treatments.”

Polyunsaturated fats are divided into two families: omega-6 and omega-3. In the last several decades, dietary intake of omega-3 fatty acids has declined, while intake of omega-6 has increased, according to nutritional therapist Hannah Braye.

“In fact some sources report omega-6 fatty acids and omega-3 fatty acids are now consumed in a ratio of about 20:1 in the modern Western diet, relative to 2:1 traditionally,” she added. 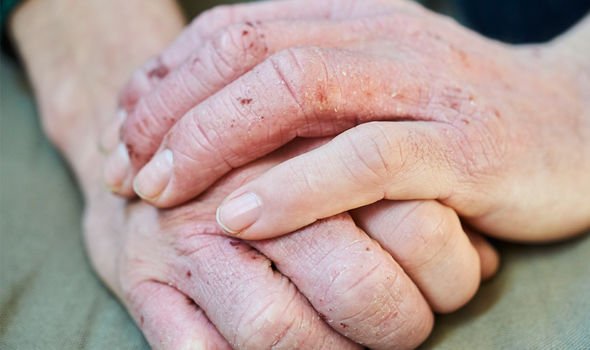 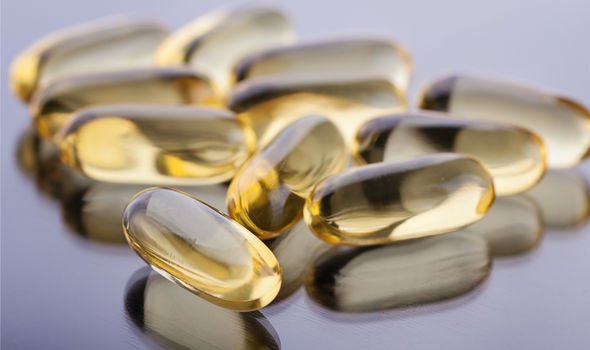 Research has suggested that this imbalance may result in increased inflammation.

Hannah said: “A 2012 Cochrane review found promising evidence for the use of omega-3 fish oils in atopic eczema, with significant improvements in quality of live observed.

“Omega-3 can be derived from the diet in foods such as oily fish and flaxseeds. Emerging research also indicates that omega-3 may have a positive effect on the gut microflora, which may explain some of its benefits.”

Another natural remedy which could help eczema is jojoba oil.

But before trying any alternative remedies, consult your GP.