The tell-tale signs hay fever is upon us include sneezing, coughing, red and watery eyes, blocked or runny nose, loss of smell, itching, headache and tiredness. Seasonal hay fever and other allergic conditions are said to be a malfunction of the immune system, which overacts to pollen from grasses, trees and flowers.

One issue is that many people only seek to alleviate symptoms once they manifest.

Whereas to truly stop hay fever in its tracks, it’s best to support and help regulate the immune system throughout the year.

One way to do this is by taking live bacteria supplements, according to nutritional therapist at Bio-Kult Hannah Braye.

She explained: “Hay fever is caused by an overreaction of the immune system. Around 70 percent of our immune cells reside in the lining of the digestive tract, and are supported and influenced by a diverse range of gut bacteria. 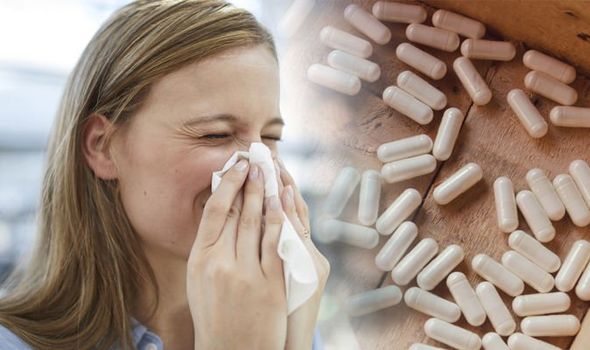 “Therefore, looking after your gut is really important to help regulate immune responses and reduce inflammation.”

She continued: “Traditionally fermented foods such as sauerkraut, kimchi, kefir, live yoghurt, miso and kombucha, which contain live bacteria are a great way to give your gut flora additional support.

“Bone broth/stock, ideally made using the bones and cartilage from organic grass-fed animals, is also believed to help support the health of the gut lining by providing a number of nutrients such as collagen, glycine, gelatine and glutamine.

“In addition to nourishing the gut through food, research suggests that live bacteria supplements, such as Bio-Kult Advanced Multi-Strain Formula (£9.25 from www.bio-kult.com) , may benefit hay fever sufferers via interactions with the immune system, which modify the natural course of allergic disease.”

Braye added: “It’s hypothesised that live bacteria supplements may be even more effective, when taken as a preventative measure, so it’s recommended to start supplementation a few months before hay fever season, or to supplement regularly throughout the year.”

Other ways to stay ahead of hay fever

As hay fever is essentially an inflammatory condition, following an anti-inflammatory diet is recommended.

Braye advised: “An anti-inflammatory diet is essentially one that is low in pro-inflammatory foods such as sugar, refined carbs, vegetable oils, trans-fats and allergens and high in antioxidants and phytonutrients from colourful fruit and vegetables, and healthy fats such omega 3 fatty acids from oily fish (eg. salmon, mackerel, anchovies and sardines). 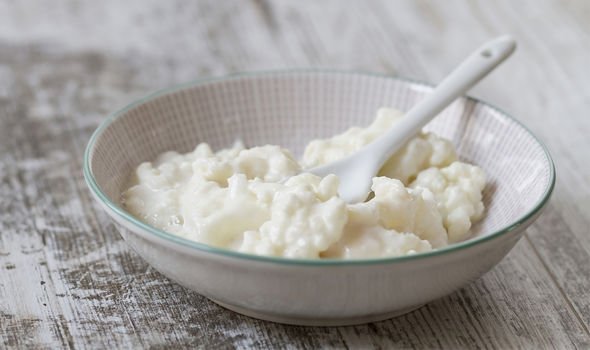 “Aim to eat two portions of fruit and at least 5 portions of veg a day, and two-three portions of oily fish a week.  Foods high in the anti-allergenic flavonol quercetin, such as onions, garlic, broccoli, apples and berries may be particularly beneficial.”

The sunshine vitamin is extremely important for immune regulation and controlling inflammation, according to Braye, so make sure you get adequate sun exposure (whilst still staying sun safe) in the spring, summer and autumn months by spending time outdoors when pollen counts are low.

She added: “As we cannot synthesize vitamin D from the sun’s rays between October and April and it is difficult to obtain adequate amounts from food, supplementing over the winter months so stores are topped up coming into hay fever season may also be beneficial.”

Acupuncture is a safe system of medicine that originated in China thousands of years ago. 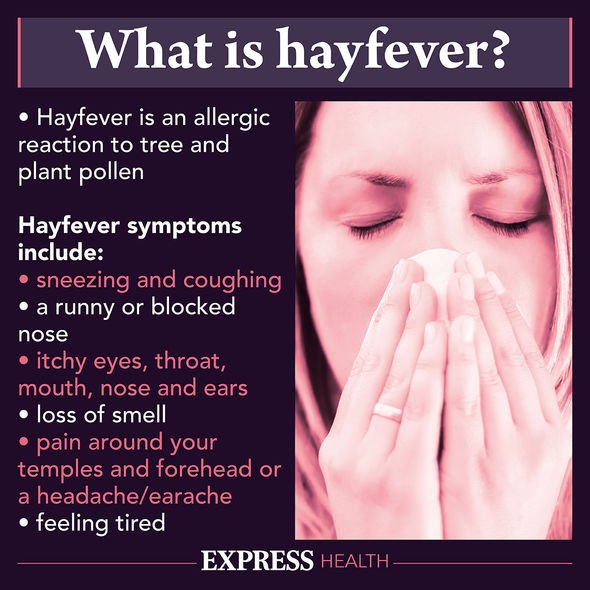 Treatment involves special needles being inserted into specific points on the body to help restore the body’s equilibrium.

Braye said: “Whilst evidence isn’t conclusive, studies indicate that acupuncture could be of benefit to hay fever sufferers.

“For example, one study found that those receiving 12 treatments over an 8 week period reported improvements in their symptoms, as well as needing fewer antihistamine drugs.

“The received wisdom inside the profession is that it is better to commence treatment before the time that symptoms normally present for maximum effect.”