Binge drinkers are ‘misusing’ their health and putting a major strain on the NHS, says Britain’s top doctor

Heavy drinkers are ‘misusing’ their health and putting major strain on the NHS, Britain’s top doctor has warned.

Professor Dame Sally Davies, the chief medical officer, said 50 per cent of all illness is caused by ‘preventable risk’ such as alcohol, obesity, smoking and lack of exercise.

She called for new taxes to make it as easy for people to choose healthy food, but suggested they also need to take responsibility for their own health when it comes to binge drinking.

She pointed to news that the NHS will fund £300,000 of ‘drunk tanks’ over the festive period to relieve pressure on emergency services and keep intoxicated patients out of A&E. 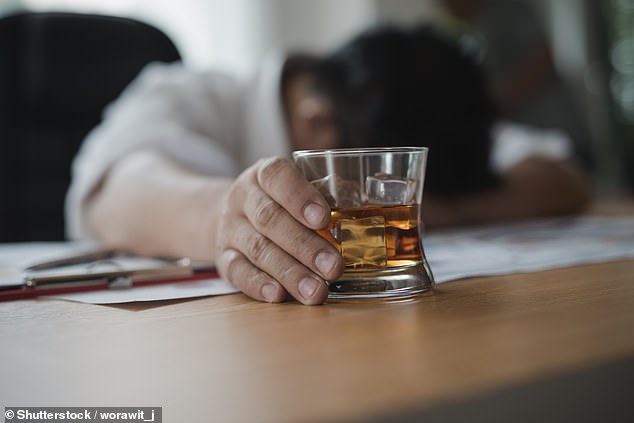 ‘We all know that the NHS is under stress,’ Dame Sally told the BBC Today programme.

‘Look, NHS England has had to open up drunk tanks because of how people are misusing their health.’

Dame Sally brushed off the way she is repeatedly referred to as ‘chief nanny’ when she warns of the dangers of alcohol and junk food.

‘I’d prefer not to be, but with Mary Poppins coming out again, maybe it’s going to be fashionable this Christmas,’ she said.

Since she was appointed chief medical officer in 2010 Dame Sally has launched a crusade to influence the nation’s unhealthy lifestyle.

And the 69-year-old has often pointed to her own practice as an example of healthy behaviour.

WHY DID DAME SALLY DAVIES CALL HERSELF THE CHIEF NANNY?

She said voluntary agreements, with the food industry, imposed by David Cameron in 2010 and Theresea May in 2016, had failed to sufficiently reduce sugar and salt consumption – and that tough action is now needed.

In a defiant challenge to critics, the chief medical officer said: ‘Do you want to call that nanny state? If so I am chief nanny.’

Launching her annual report on the nation’s health, she called for:

‘If we get this right we will save 10,000 deaths in the first five years following a cancer diagnosis.’

She has been repeatedly urged people to take more exercise, claiming she runs most mornings, eat more healthily – she makes herself packed lunches of raw vegetables – and drink less.

In 2016 she was accused of a nanny state attitude when she told the Commons Science and Technology committee that women should ‘do as I do’ and think about the risks of breast cancer every time they reach for a glass of wine.

Later that year she admitted she had chosen those words poorly.

But in recent days she has again become bullish in her crusade for better public health.

Launching a major health report on Thursday she called for new taxes on junk food in a bid to tackle Britain’s ballooning obesity crisis.

She said voluntary agreements with the food industry had failed to sufficiently reduce sugar and salt – and tough actions are now necessary to save countless children from a lifetime of ill health.

In a defiant challenge to critics, she said: ‘Do you want to call that nanny state? If so I am chief nanny.’

‘Excessive drinking in some of our towns and cities is damaging to drinkers and those around them – and at worst, alcohol poisoning can be fatal,’ she said.

‘It also places a huge burden in terms of costs and people on the police, the NHS and emergency services.

‘Getting drunk doesn’t have to be an inevitable part of a night out or celebration and Drinkaware welcomes any initiative that helps keep people safe on a night out.’

DO YOU DRINK TOO MUCH ALCOHOL? THE 10 QUESTIONS THAT REVEAL YOUR RISK

One screening tool used widely by medical professionals is the AUDIT (Alcohol Use Disorders Identification Tests). Developed in collaboration with the World Health Organisation, the 10-question test is considered to be the gold standard in helping to determine if someone has alcohol abuse problems.

The test has been reproduced here with permission from the WHO.

To complete it, answer each question and note down the corresponding score.

0-7: You are within the sensible drinking range and have a low risk of alcohol-related problems.

Over 8: Indicate harmful or hazardous drinking.

8-15: Medium level of risk. Drinking at your current level puts you at risk of developing problems with your health and life in general, such as work and relationships. Consider cutting down (see below for tips).

16-19: Higher risk of complications from alcohol. Cutting back on your own may be difficult at this level, as you may be dependent, so you may need professional help from your GP and/or a counsellor.

20 and over: Possible dependence. Your drinking is already causing you problems, and you could very well be dependent. You should definitely consider stopping gradually or at least reduce your drinking. You should seek professional help to ascertain the level of your dependence and the safest way to withdraw from alcohol.

Severe dependence may need medically assisted withdrawal, or detox, in a hospital or a specialist clinic. This is due to the likelihood of severe alcohol withdrawal symptoms in the first 48 hours needing specialist treatment.