For many years, Emma McCarthy was unable walk for more than ten minutes without pain due to a 2 in discrepancy between the length of her right and left leg.

The problem began with a childhood knee condition and by the time she was in her late teens, the difference had begun to cause severe discomfort in her hips and knees.

But today, the 30-year-old mortgage broker is walking without any problems – thanks to a bionic bone implant that has ‘grown’ inside her right leg, lengthening it.

Now she can walk, run and even cycle without pain. ‘It’s incredible,’ says Emma. ‘I’m still having physiotherapy but the difference is amazing.’ 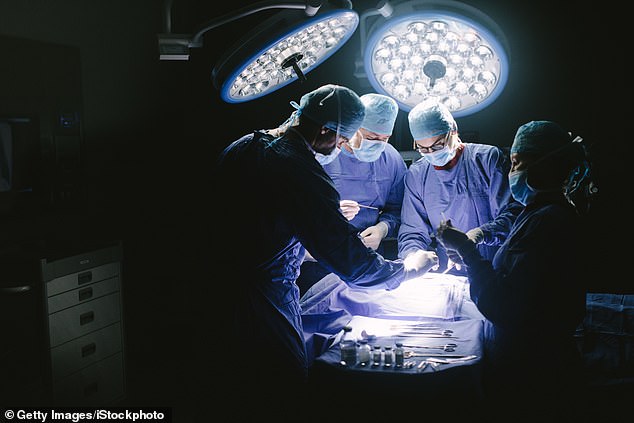 Emma McCarthy, 30, from Isle of Wright, suffered from severe discomfort in her hips and knees underwent a bionic bone implant that ‘grown’ inside her leg and lengthening it

Thousands of Britons have one leg much shorter than the other. Causes include genetic birth defects or inflammation in the growing bone during childhood.

In adults, it may be due to surgery for bone cancer, or even hip replacements. For most, the problem can be remedied with special shoes with platform soles, or walking aids.

But the issue can lead to debilitating joint pain and increase the risk of arthritis. And for hundreds of sufferers – usually those with a difference of more than 2 in – surgery to lengthen the leg is necessary.

The new bionic bone procedure, which is being offered on the NHS at specialist centres, replaces a brutal, four-hour operation that involved the leg being broken and then pulled apart.

In this conventional operation, a number of pins and screws are inserted at points around the broken section and attached to an external steel frame.

The screws can be adjusted to lengthen the frame a millimetre each day – a process carried out at home. 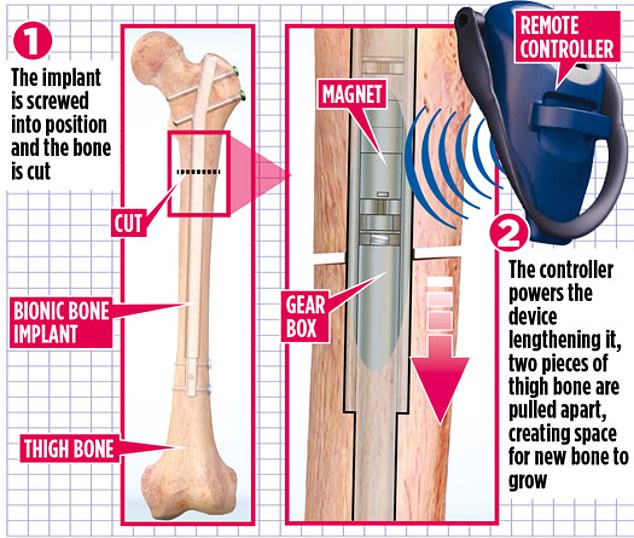 The new bionic bone procedure, comprises a telescopic titanium rod with electromagnets being inserted at points around the broken section. Screws can be adjusted to elongate the frame a millimetre each day and new bone grows to fuse the break and lengthen the leg

New bone grows to fuse the break and ultimately lengthen the leg.

However, there is a risk of infections where the screws enter the body. The frames are also impractical – even sitting on the toilet can seem like an impossible task.

Emma was offered this operation two years ago following a serious ankle fracture.

‘It sounded horrendous and I couldn’t face it,’ she says.

‘But my platform shoe wasn’t helping any more. I kept falling over and even fractured my foot. Something had to be done.’

Last summer, Emma, from the Isle of Wight, was referred to Amir Qureshi, a consultant reconstruction surgeon at University Hospital Southampton, who is one of few doctors performing the new bionic bone operation. 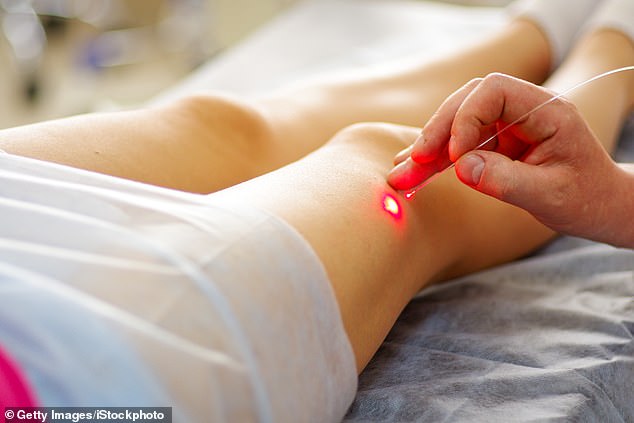 Amir Qureshi, a consultant reconstruction surgeon at University Hospital Southampton who performs the surgery, said the surgery ‘helps avoid unnecessary distress and causes fewer problems with infection too because it is all inside the leg’ (stock image)

He says: ‘This should be the way forward for patients who need the femur [thigh bone] lengthening. It helps avoid unnecessary distress and causes fewer problems with infection too because it is all inside the leg.’

The procedure, which is also available at the Royal National Orthopaedic Hospital NHS Trust in Middlesex, takes about 90 minutes and is carried out under general anaesthetic.

First, the surgeon makes an incision in the thigh and removes some of the spongy bone marrow tissue from the middle of the femur, creating a channel for the implant.

Then, using X-ray guidance, the femur is broken and the 14 in bionic bone implant, which resembles a large rod, is slid inside. It is bolted into place using two screws at the top and two at the bottom and the skin incision is stitched up.

The implant comprises a telescopic titanium rod – housed inside are electromagnets that can be switched on and off when charged with electricity.

When an external controller is placed over the implant and switched on, the magnets are activated and cause the implant to lengthen slowly. 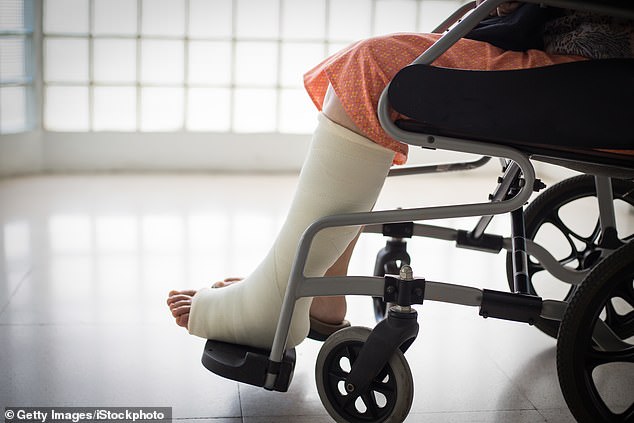 Since coming off her crutches in January, Emma is walking and cycling, and was even able to enjoy a holiday to Turkey. She says: ‘I’m still having physiotherapy to strengthen my leg muscles, but finally I feel free’ (stock image)

This process is carried out every day, twice a day, for up to eight minutes. Each day the implant is lengthened a fraction of a millimetre. The implant supports the bone from the inside as it is gradually pulled apart and lengthened.

New bone grows around it to fill the gap.

Patients spend one or two nights in hospital after the operation and use crutches while the new bone is growing, but they are expected to return to normal within a month.

After six months, when the leg lengthening is complete, a second operation is carried out to remove the implant.

The US-made device has now been used about 6,000 times worldwide. In one study, three-quarters of patients described the results as ‘excellent’.

Since coming off her crutches in January, Emma is walking and cycling, and was even able to enjoy a holiday to Turkey.

She says: ‘I’m still having physiotherapy to strengthen my leg muscles, but finally I feel free.’