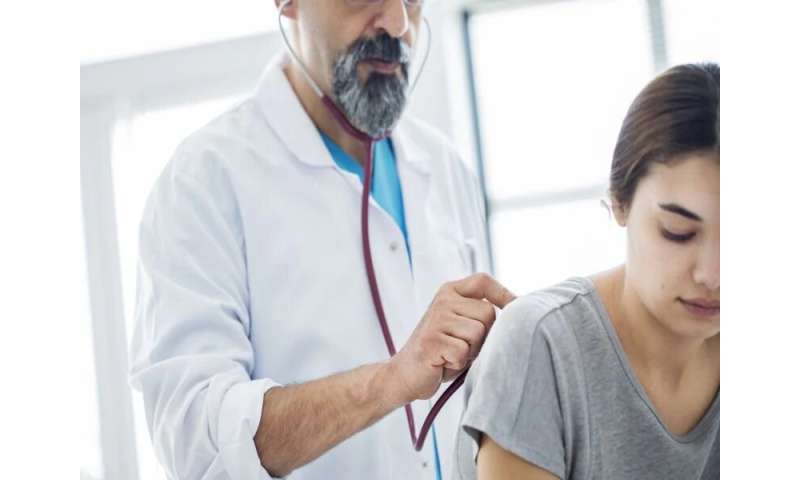 New research suggests that hormonal contraceptives, which alter the natural ebb and flow of female hormones, may do just that.

A study of more than half a million women in the United Kingdom found that those who used hormonal contraceptives—be it pills or patches or shots—had a significantly lower risk of developing asthma than women who did not.

Female hormones have a mysterious relationship with asthma. Asthma is more common in boys than in girls during childhood, but after puberty women are more at risk for developing asthma and more likely to experience severe symptoms.

Every hormonal event in a female’s reproductive cycle—puberty, menstruation, pregnancy and menopause—has been shown to cause asthma-related ripple effects in some women who already have asthma.

“We know that more than 40% of women who have asthma experience increased exacerbations during their menstrual cycle, which points to the role of sex hormones,” said study author Bright Nwaru, of the University of Gothenburg in Sweden.

Still, how hormones are related to asthma in women, and how hormonal contraceptives may alter that relationship, remains unclear.

According to Dr. Bruce Levy, chief of pulmonary and critical care at Brigham and Women’s Hospital in Boston, “There’s been a good bit of research, but I would say no definitive mechanism has been identified. I think most general practitioners, as well as specialists, are aware of this phenomenon, but why this occurs is still to be determined.”

Prior research on the impact of hormonal birth control on asthma development has been inconsistent, and this study was one of the first large-scale investigations to look into this relationship.

Dr. Paul Greenberger is an allergist at Northwestern Medicine in Chicago. He said, “There’s been a focus on this area over the years, but it’s not fully understood. So, that’s why this is an intriguing study.”

One theory is that hormones play a role in the inflammation that narrows airways in patients with asthma, Greenberger said.

While Levy noted that this study can’t prove that taking hormonal contraceptives prevents asthma, it does reveal a strong connection.

“This is an association—it’s not proven, and it has to be presented with some acknowledgment that it’s not proof,” Levy said.

Nwaru and an international team of researchers derived the data for this study from a large, British-based health database. They tracked more than 500,000 women, aged 16 to 45, from 2000 through 2016. Throughout the study, around 25,000 of the women developed asthma.

After adjusting the data for factors such as obesity and smoking, which could muddy the results, the investigators found that women who used any type of hormonal contraceptives were at a 30% lower risk of developing asthma than women who didn’t.

And the benefit was greater for women who used it for longer—women who took hormonal contraceptives for seven years were less at risk than those who used them for three to four years, or one to two years.

“This adds another layer of importance to the observation,” Levy said. “It’s another line of evidence to suggest that this is not just a random association that happened to be found by chance, but that this is something that appears to be related to the duration of time that the birth control pills are used.”

In the study, published online recently in the Journal of Allergy & Clinical Immunology, the authors noted that more research is needed to better understand the relationship between female hormones and asthma.

Nwaru’s team also added that this topic should be investigated through a clinical trial to see if the results of this study can be confirmed in a controlled setting.

“Our findings do not suggest any changes in current management guidelines of asthma, but indicate the need for more confirmatory studies [e.g. clinical trials] to provide confirmation of our findings,” Nwaru said.