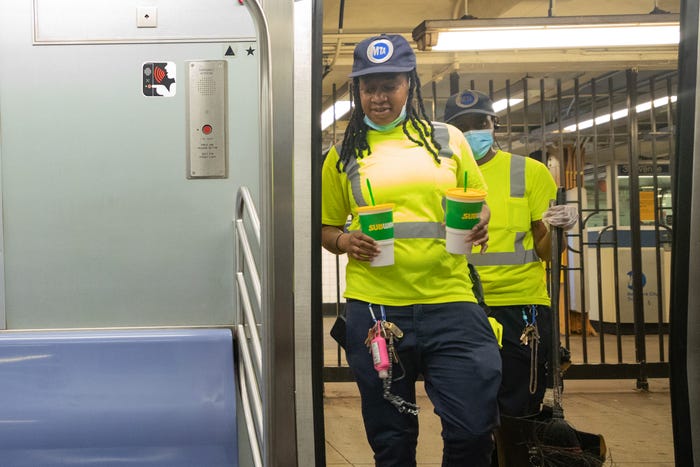 Black and Hispanic people in the US have a higher risk of getting sick and dying of COVID-19 compared to white people, according to a systematic review published Tuesday in the Annals of Internal Medicine.

The review, which synthesized 52 studies as well as national data collected during the pandemic, found disparities in infection, hospitalization, and mortality rates between racial and ethnic groups.

All but two of the studies identified an increased risk of COVID-19 infection in Black populations, which ranged from 1.5 to 3.5 times higher than the risk for white people. Most studies that evaluated hospitalization rates found a similar disparity, and CDC data demonstrated a 15% excess death rate for Black Americans.

The data were less conclusive for Hispanic people because rates varied by geographic location, but there was moderate evidence for disproportionately high infection and hospitalization rates. The excess death rate, which compares the percentage of COVID-19 deaths among Hispanic people to the percentage they make up within the US population, was 21%.

"The early data suggests that this is more about exposure than susceptibility," said Som Saha, a co-author of the review and senior investigator at the US Department of Veterans Affairs, which funded the project.

"It's more of a reflection of the social reality of Black and Latinx people, that they are basically in situations where they're exposed to others, as opposed to being more susceptible to the infection."

Evidence has shown workers of color are overrepresented in essential, public-facing jobs such as transportation, food service, and healthcare support. They're also less likely to be able to work from home during the pandemic, putting them at a higher risk of exposure to the virus.

Utibe Essien, an assistant professor of medicine at the University of Pittsburgh who co-authored a study included in the review, said Black, Hispanic, and Native individuals are not only overexposed to the coronavirus but also underprotected from getting sick.

"Some of the first calls were to ask your doctor about your symptoms, back at the start of the pandemic," Essien told Insider. "Well, what does that ask look like when a patient doesn't have a primary care doctor or doesn't have the insurance to be able to pay for emergency departments?"

He added that people of color might be hesitant to trust healthcare providers based on the history of racism in the American medical establishment. This could lead individuals to delay seeking care until they're very sick, which may be driving high hospitalization and mortality rates.

However, the case fatality rates — which refers to deaths among confirmed cases of COVID-19, while mortality rates also include undiagnosed cases — were stable across racial and ethnic groups. A lot of the studies that used this metric came from hospitals, Essien said, suggesting that access to healthcare greatly affects outcomes.

"The rates of mortality when people actually get to the hospital and get the treatment that they need really have been strikingly similar between Black and white Americans," Essien said.

The disparity in infection rates between racial and ethnic groups could very well be an underestimate, Saha told Insider.

"We are still seeing higher COVID rates in Black and Latinx communities despite probably less testing in those communities, suggesting that the actual disparity in COVID rates may be greater than the data indicate," Saha said.

There's even less data available on how indigenous populations have been impacted by the pandemic, he added. Based on limited evidence, the review found that American Indian/Alaska Native and Native Hawaiian/Pacific Islander communities also had disproportionately high rates of COVID-19 infection and death.

Most states are not reporting complete race and ethnicity data for their coronavirus outbreaks, Essien said. In a study he co-authored in August, only 28 states reported COVID-19 mortality rates by race and ethnicity.

Vaccine distribution and economic support could help close the gap

The study authors called for interventions to mitigate the health inequities that have been laid bare by the pandemic. For Essien, that work starts with addressing the social determinants that affect health.

Extending eviction moratoriums could keep millions of Americans off the streets and minimize their exposures, he said, and providing financial support to those who are unemployed will help ensure they can afford basic healthcare.

The impending coronavirus vaccine rollout could also serve as an opportunity for equity. Saha said those who have the highest risk of exposure to the virus should get the vaccine first, and that includes minority communities.

Just as public health officials are targeting nursing homes for early phases of vaccine distribution because they are high-risk locations, Saha said it would make sense to prioritize a low-income housing apartment complex over a residential neighborhood.

He added that community outreach to engender trust in the vaccine is just as important as targeted rollout.

"We're not going to, overnight, reverse all of the hundreds of years of effects of systemic racism on minority communities," Saha said. "But we can do our best to try to mitigate the damage by prioritizing those communities and those people who are at risk because of those social structures."