NASHVILLE, Tenn. — “Adulting” was not going great for Tia Freeman. She had lost her scholarship at the University of Tennessee and enlisted in the Air Force. As she finished training to be an analyst, she got pregnant despite being on birth control.

Both her parents worked, so the child care they could provide was limited. Day care would have eaten most of her paycheck. And even at age 20, Freeman knew that as a Black woman she would have more difficulty climbing the economic ladder than some other women would.

So she had an abortion.

“I’m at the bottom of the military rank system. I barely have enough to support me,” Freeman, now 26, recalled thinking at the time. “I knew this wasn’t going to be the kind of lifestyle that I would want to provide for a family.”

Black women disproportionately use abortion services across much of the South — where access is largely set to vanish if the Supreme Court this term overturns its 1973 Roe v. Wade decision. And the consequences may be as much a risk to their economic opportunities as their health.

The Supreme Court is expected to issue a decision soon in a case about a Mississippi law that bans most abortions after 15 weeks. A draft opinion that was leaked suggests that a majority of the justices may be willing to overturn Roe.

In the Mississippi case, Dobbs v. Jackson Women’s Health Organization, 154 economists and researchers signed on to an amicus brief that cited more than a dozen studies showing the gains made by people when abortion is accessible. Those who have abortions to delay motherhood by even just one year realized an 11% bump in their hourly wages later in life, according to a study cited. They’re also more likely to finish college and even more likely to land a professional career.

“These effects were particularly strong among Black women,” the economists wrote.

The filing came in response to an amicus brief that pointed out flaws in the available research. In it, organizations that oppose abortion and 240 women — including scholars, professionals, and the governor of South Dakota — argue that a variety of factors, including increased access to contraception, have contributed to women’s economic gains.

In Tennessee, Black women accounted for roughly half of the 8,727 abortions in 2019, with an abortion rate, per 1,000 women, that is more than four times that of white women, according to state records. Data analyzed by KFF shows Black women had two-thirds of the abortions in Alabama and Georgia, and three-quarters of those in Mississippi.

But the disparity has more to do with socioeconomics than race, said Getty Israel, founder and CEO of Sisters in Birth, a women’s clinic in Jackson, Mississippi, that primarily serves Black women. The clinic steers its patients away from abortion, although Israel, who is Black, said she understands why many see termination as their only option. Many are low-wage cashiers with no health insurance, no college degree, and no partner with a steady career. Nationwide, Mississippi has the lowest share of residents with a college degree.

“Poverty is a disease — it affects every aspect of your life,” Israel said. “We see abortion as another birth disparity.”

If a woman doesn’t have insurance during her reproductive years, she’s less likely to be using birth control or actively planning whether or when she wants children. Mississippi has one of the lowest state rates of long-acting reversible contraception use.

For those in states set to ban abortion if Roe is overturned, travel is the top contingency plan. Providers who offer abortions are creating programs to help women get to states, such as Illinois, where abortion is expected to remain accessible. But for many low-income women who already have children, going to another state for the procedure is difficult — they often have trouble getting time off from work or finding someone to care for their kids.

“We do not have the money to get on a plane and go to Chicago or New York to have an abortion,” the Rev. Venita Lewis, a singer and civil rights activist, said at a rally in Nashville the day after the leaked Supreme Court draft opinion was published.

The result for those who can’t afford to travel may be more self-induced abortions or risky births. Black women are three times as likely as white women to die from complications related to pregnancy, according to the Centers for Disease Control and Prevention — and their rates of maternal mortality are even higher across much of the South.

“Either the means of getting an abortion is not going to be safe, so you put your life at risk, or you carry the baby to term,” said Dr. Digna Forbes, interim dean for the school of medicine at Meharry Medical College, a historically Black institution in Nashville. “Now you have the economic burden of raising a child that you cannot afford.” 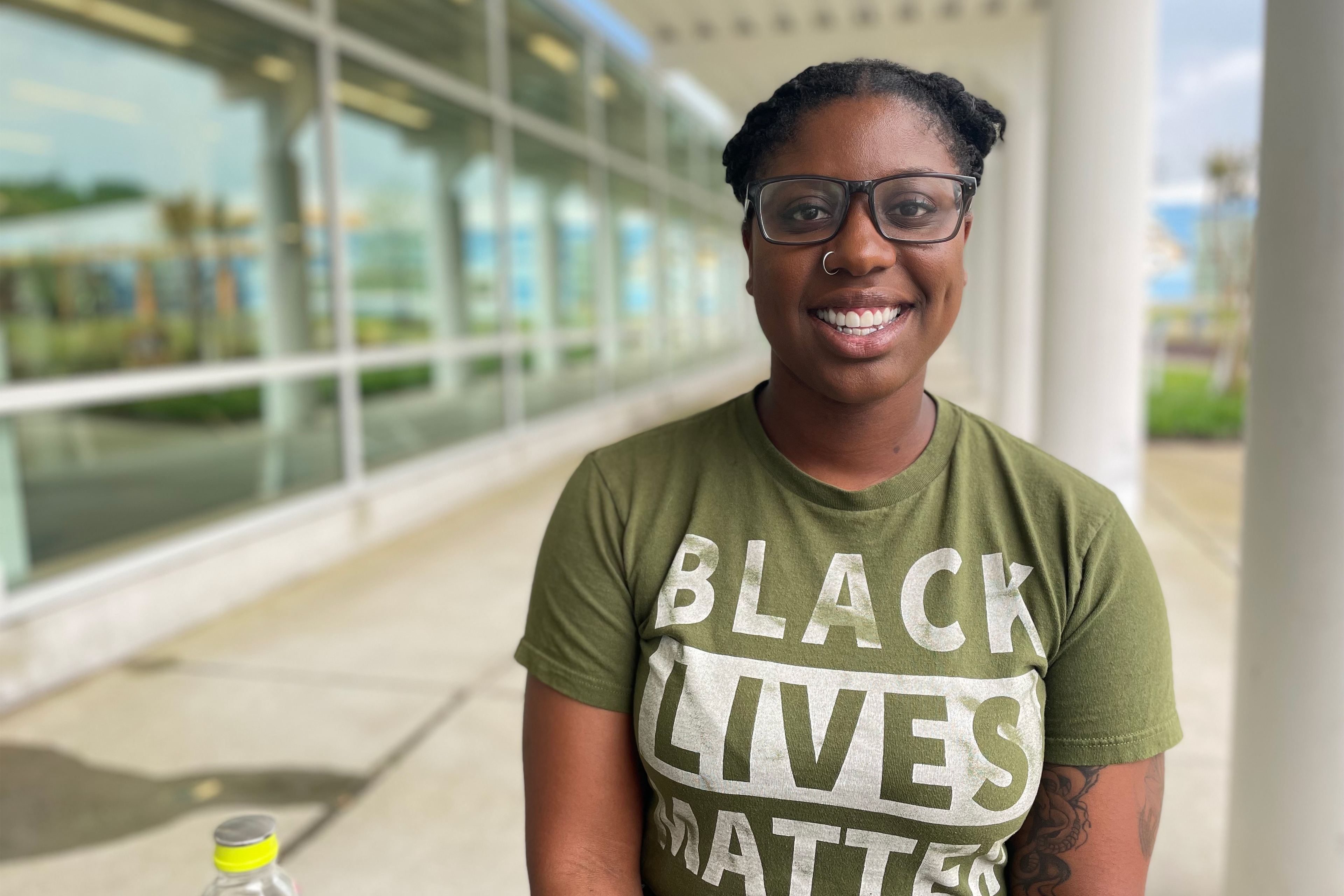 The experience of unplanned motherhood also hit Tia Freeman. She’s queer and said she never saw herself as a mother. But a few years after her abortion, she became pregnant again and didn’t realize it for several months. “I found out so late in my pregnancy that that was my reality,” she said.

Her grandmother, who was recently widowed, moved in to help take care of her son, who is now 4. The child’s father also helps.

Since becoming a mother, Freeman had a second abortion after another contraception failure. “Having a child, I know what it costs to have a child,” she said. “I love hanging out with my kid and doing things for my kid and providing for my child. And I had an abortion after my child because I understood that I had the emotional capacity for one [child]. I had the financial capacity for one.”

Limiting her family to one child for now, she said, will help her use her military benefits and go back to college to finish her degree next year. With that, she said, she can forge a more stable economic future for her and her son.