Doctors may be able to predict if lung cancer will spread and become terminal using a simple blood test or tumour sample, research suggests.

Scientists now hope the simple tests could spare tens of thousands of patients from gruelling chemo and radiotherapy.

One revealed patients with more tumour cells in their blood were most likely to see their cancer spread and become untreatable.

Another paper showed researchers could predict how aggressive the cancer would be by analysing the genetics of a tumour at the point of diagnosis. 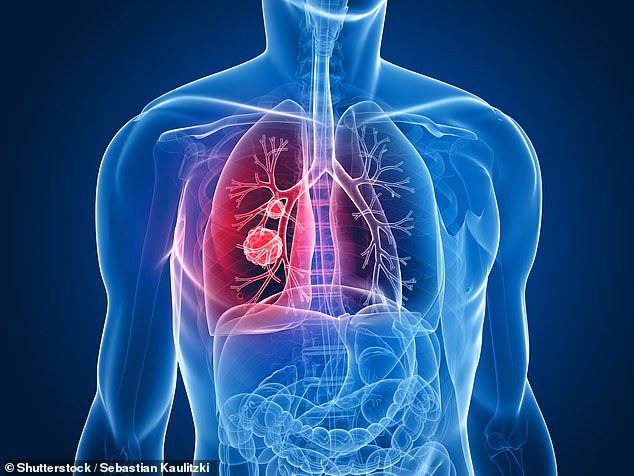 Doctors may be able to predict if lung cancer will spread and become terminal through blood or tumour samples, a trio of studies suggest (file)

A third team of academics found lung tumours release a mixture of different cancer cells, which confuses the immune system.

This then stalls the body’s ability to fight the harmful cells and gives the cancer the chance to enter the blood and rapidly evolve, they say.

Researchers say the studies, all published in the journal Nature Medicine, could help identify people most at risk of aggressive forms of the disease.

Around 47,000 people are diagnosed with lung cancer in the UK each year and 234,030 in the US. Figures show it kills four out of five patients within five years.

Researchers believe a key reason why survival rates are so low is because the tumour cells rapidly evolve, develop resistance to treatments and evade the immune system.

Currently, the majority of lung cancer sufferers are given gruelling chemotherapy, which drains their body and makes them sick, to kill the cancer cells.

As part of Cancer Research UK’s £14million TRACERx project, all three papers looked at the same 750 patients from 13 UK hospitals.

WHAT IS LUNG CANCER?

Lung cancer is one of the most common and serious types of cancer.

Around 47,000 people are diagnosed with the condition every year in the UK.

There are usually no signs or symptoms in the early stages of lung cancer, but many people with the condition eventually develop symptoms including:

– an ache or pain when breathing or coughing

You should see a GP if you have these symptoms.

There are two main forms of primary lung cancer.

These are classified by the type of cells in which the cancer starts growing.

– Non-small-cell lung cancer. The most common form, accounting for more than 87 per cent of cases.

– The type of lung cancer you have determines which treatments are recommended.

More than four out of 10 people diagnosed with lung cancer in the UK are aged 75 and older.

Although people who have never smoked can develop lung cancer, smoking is the most common cause (accounting for about 72 per cent of cases).

This is because smoking involves regularly inhaling a number of different toxic substances.

Treatment depends on the type of mutation the cancer has, how far it’s spread and how good your general health is.

If the condition is diagnosed early and the cancerous cells are confined to a small area, surgery to remove the affected area of lung may be recommended.

If surgery is unsuitable due to your general health, radiotherapy to destroy the cancerous cells may be recommended instead.

If the cancer has spread too far for surgery or radiotherapy to be effective, chemotherapy is usually used.

There are also a number of medicines known as targeted therapies.

They target a specific change in or around the cancer cells that is helping them to grow.

Targeted therapies cannot cure lung cancer but they can slow its spread.

In the first study, researchers wanted to find out if they could predict whose lung cancer would come back after treatment.

The University of Manchester team, led by Professor Caroline Dive, monitored patients for up to four years.

Blood samples were taken from 100 patients just before surgery to remove lung tumours, from veins running away from their affected lungs.

They searched the blood samples for cancer cells that had escaped from the tumour site and looked at the number and types of these cells.

Results showed those with the most tumour cells in their blood samples were most likely to suffer a recurrence.

‘We traced the origin of the secondary tumour to particular cells that were escaping into the blood from the primary tumour at the time of surgery,’ Professor Dive said.

In the second study, a team from The Francis Crick Institute in London and the UCL Cancer Institute analysed lung tumour samples from the point of diagnosis.

They could predict how aggressive the tumour would be by analysing its genetics using artificial intelligence.

Doctors already use single biopsies taken from tumours at the point of diagnosis to help select the best treatment plan for each patient.

But previous research has shown lung tumours are genetically unstable and evolve rapidly and unpredictably over time.

This means doctors are limited in their ability to give patients an accurate treatment plan.

‘ORACLE uses our understanding of tumour evolution to look for stable genetic features that we can find throughout a tumour.

‘This is paired with a machine learning algorithm to identify features that predict how aggressive a tumour is likely to be.

‘These features could be spotted no matter which part of the tumour is sampled for testing.’

He added this means ‘they could be a more accurate guide for predicting the future clinical outcome for patients’.

Again looking at tumour biopsies, the team found cells of the immune system called T cells were gathered among the cancerous ones.

This suggests the patients’ immune systems were recognising and trying to fight the cancer, the researchers said.

Professor Chain and his team also analysed these cells to see what was unique about the ones able to recognise cancer.

He said the mixture of different cells inside a tumour is likely to help cancers confuse our immune system and grow quicker.

‘Our research suggests specific groups of T cells from patients could be isolated and adapted to help treat their tumour more effectively,’ Professor Chain said.

He said: ‘Our research has shown that lung cancer is an extremely complicated disease with a patchwork of different cells making up each individual tumour.

‘We think understanding this variation, how these different cells come about and how this variation is detected by the immune system will be key to improving lung cancer survival.’

He added: ‘Thanks to these findings we know much more about how lung cancer changes, spreads and evades treatment.

‘As our collaboration continues, we will build on these discoveries, ultimately developing tests to guide and improve the way lung cancer is treated in the future.’ 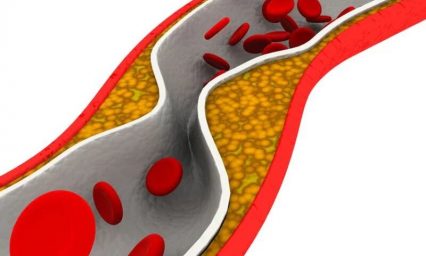