Bowel cancer is one of the most common cancers to be diagnosed in the UK. You should consider speaking to a doctor if you find that your stools are a different colour to normal, it’s been revealed.

Bowel cancer is a general term for any cancer that develops in the large bowel, and it may sometimes be known as colon or rectal cancer.

The early warning signs of bowel cancer can be very subtle, and many people may not be aware they’re at risk.

But diagnosing the condition early is absolutely crucial, as it improves the chances of a successful treatment.

One of the first warning signs of bowel cancer is having stools that are a darker colour than you’re used to. 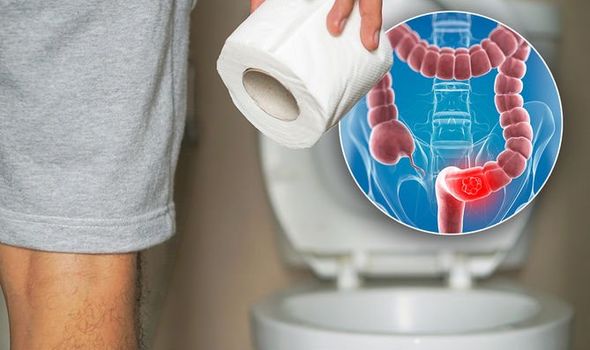 Your poo may be red, or appear to be a very dark red colour, according to charity MacMillan Cancer Support.

The colour is a direct result of bleeding in the back passage, or higher up in the bowel.

Some people may find that their stools are bright red, but that may also be caused by haemorrhoids.

Either way, you should definitely speak to a GP if you notice any kind of blood in your poo.

“Signs and symptoms of bowel cancer may depend on the specific type you have,” said the charity.

“The symptoms of bowel cancer may include blood in, or on, your poo [stool] or bleeding from the back passage [rectum]. The blood may be bright red or dark.

“These symptoms can be caused by conditions other than bowel cancer, but you should always have them checked by your doctor.

“If you have symptoms that do not improve within a few weeks, or if your symptoms get worse, it is important that you are referred to a specialist.”

DON’T MISS
Bowel cancer warning – does your poo look like this? [ANALYSIS]
Symptoms of bowel cancer: how do you know if you have bowel cancer? [RESEARCH]
Bowel cancer symptoms: Signs to look out for when you go to the toilet [STUDY] 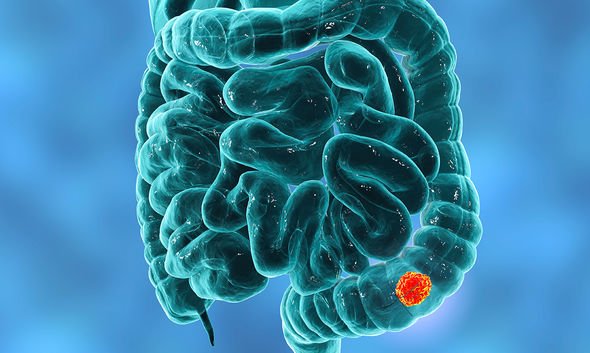 But, just because you find blood in your stools, it doesn’t necessarily mean that you have bowel cancer.

A small amount of one-off blood isn’t usually caused by anything serious, said the NHS.

You should, however, dial 999 straight away if you find a lot of blood. For example, if the toilet water has turned completely red.

Finding blood in your stools is one of the most common symptoms of bowel cancer, along with any other persistent change to your toilet habit.

Your stools may be looser than normal, or you may even have persistent constipation.

More than 90 percent of all bowel cancer causes occur in people over the age of 50.

You could lower your risk of the disease by cutting back on the amount of alcohol in your diet, and by giving up smoking, if you’re a smoker.