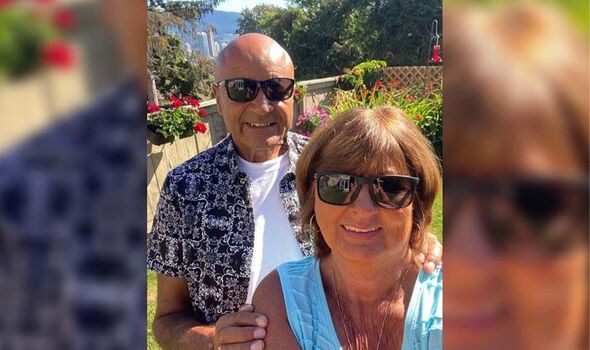 A grandad has shared his shock after after being diagnosed with prostate cancer despite having no signs or symptoms.

Bravely speaking about his experience, Ray Pownall says he began to feel “off” some weeks before the diagnosis but suspected it could be due to his diet-controlled diabetes.

He made an appointment to see his GP, who confirmed his diabetes had “spiked”.

Through routine tests on his sugar levels, it was found that Ray’s Prostate-Specific Antigen (PSA) levels were also high and the 78-year-old was sent for further tests. Just days later, he was diagnosed with stage three prostate cancer which has spread to his bladder.

Ray was visiting family in Canada with his wife Pat Stoneking when he got the news, reports the Liverpool Echo, and the pair had to return to the UK early for the retired paramedic to begin treatment. The grandad will undergo a scan next week before starting six to eight weeks of hormone treatment and then further treatment for four weeks.

Ray said the news came out of the blue, as he’d experienced no signs or symptoms. He told the Echo: “It was a complete shock. I didn’t have a clue. I’m reasonably fit for my age and I thought it could be a mix of jet lag and my diabetes playing up. I landed back in the UK and on January 6 came to see the consultant who said it is worse than they thought and it had spread.”

He added: “I didn’t have any worrying symptoms so it came as a complete shock. I’ve only recently found my family in the last few years and my wife contacted my sister in America and we found out three out of my four brothers had prostate problems and my dad did. I’ve had to tell my sons here in England to get checked and they both are.”

Ray, who was born in Whiston, is sharing his story in the hopes of raising awareness and urge others to get their prostate exam. He said: “I knew something felt off but I couldn’t put my finger on it. It’s a silent killer, something that grows and you don’t know it’s there.

“All men over 50 need to get tested but if you have signs or symptoms you can get checked out earlier. Don’t put it off, it’s a simple test, a little embarrassing but important. If you leave it too late it spreads it gets all of you.

“The second I open my eyes in the morning it’s there, the word cancer comes in my head and it’s the last thing I think of before I sleep. It’s with you 24/7. It will never leave but you’ve got to keep trying your best.”

Ray’s wife Pat has been posting updates on her social media to inform loved ones and further raise awareness. Writing about the cancer diagnosis, she said: “While it has been a great Christmas and New Year, this shockingly sad news has hit hard. Ray is well know in the community, born in Whiston and spent his entire 78 years in and around St Helens working as a paramedic for 40 of them and now an avid wild life photographer. It will be very sad news for many of you, your encouragement and well wishes will go a long way to supporting him through his battle.”

According to the NHS, prostate cancer usually develops slowly, so there may be no signs for many years. Symptoms of prostate cancer do not usually appear until the prostate is large enough to affect the tube that carries urine from the bladder out of the penis (urethra).

The causes of prostate cancer are largely unknown. But certain things can increase your risk of developing the condition such as your age and family history.

More information can be found on the NHS website here.