Cast your mind back to the damp morning after the 2016 Brexit referendum, and no matter whether you voted leave or remain, you’ll remember it felt like something momentous had happened.

It comes as no surprise that the British Medical Journal has released new research outlining how ‘political events take a serious toll on mental health.’ The report cites a man who suffered Brexit-triggered psychosis, whose mental health totally disintegrated in three weeks. The researchers found that those with existing psychological vulnerabilities may be at risk.

There’s no question that the Brexit vote and the ensuing political turmoil triggered my anxiety and depression.

As ‘snowflakey’ as it sounds, the 2016 referendum opened my eyes to the fact that Britain was now irrevocably shattered in two, and I saw just how much fear and loathing bubbled beneath Britain’s surface. We became Remainers and Brexiteers. In one night our identities shifted.

Uncertainty continues to dominate. This has meant, at least for a lot of people my age, putting our lives on hold.

‘We’ll do it after Brexit,’ we say. Or ‘let’s see what happens if there’s no-deal.’ This is no way to live. I believe a lack of stability absolutely contributes to poor mental health and questions over where I can or can’t live, whether my (pitiful) savings will be worth anything, or whether I’ll ever be able to travel freely again, dominate.

The morning after the vote, my world swam. I remember walking through Lambeth which had the highest remain vote in the country (79 per cent) just staring at people. My community felt raw, like somebody had pulled at a dust cover and revealed an ugly statue.

I felt startled that in this multicultural neighbourhood, anyone at all would vote to leave a wider community. A community with things like the European Court of Human Rights, EU airline safety regulations and the introduction of new rules to tackle tax avoidance.

But as we all know now, Brexit feels like it’s about so much more than simply leaving the EU.

A lack of stability absolutely contributes to poor mental health and questions over where I can or can’t live, whether my (pitiful) savings will be worth anything, or whether I’ll ever be able to travel freely again, dominate.

The jingoistic narrative betrayed the age divide. At gatherings, jeering baby boomers made jokes about ‘winning’. I know one person who cannot bear to talk to his father because he is called a ‘sore loser’.

Brexit has introduced tensions that didn’t exist before. Millennials have always been called feckless, but now there’s an extra spicy element. Leavers brag about leaving, which can feel feel like they’re asserting control over us.

To anxiety sufferers or those who experience depression, this level of control and incessant hectoring when we turn on the news, attend panel discussions or simply go to a party, can feel claustrophobic and intense.

This isn’t just a ‘snowflake issue’. Hard facts back up that there are reasons to worry. Jo Cox was assassinated in the name of ‘putting Britain first’, and the Home Office noted that there were ‘spikes in hate crime following the EU referendum and 2017 terrorist attacks.’

I’ve seen rising panic among friends.They stress because they might need to leave the life they’ve spent years building, moving ‘home’ when home is London, or panicking about not finding work. Their fear made me furious. And, whichever way you look at it, the main result of Brexit is more negative energy being pumped into society.

With every news report there’s another story about lies, deceit and political instability.

My loss of confidence in my own country shook my roots. I began to lose faith in democracy and question the political order. I doubted our leaders and was always angry. This anger turned to frustration which turned back to anger which lead to an incredible sadness that nothing I did or said would matter. No vote I cast or march I went to would make a difference.

Turning off the news and disengaging as far as I’m able (as a journalist) has helped. I’ve also tried to adapt a more ‘go with the flow’ attitude. Reminding myself how lucky I am is crucial. Even if Brexit happens, it’s unlikely that my life will be hit as hard as people in industries more likely to be affected, such as hospitality or agriculture.

And the biggest, most positive lesson I’m taking away from Brexit is this: now Britain’s true divide has revealed itself, when the time comes to rebuild our society we’ll know its flaws. We can start again, with all those sores and pain out in the open. And we can mend. 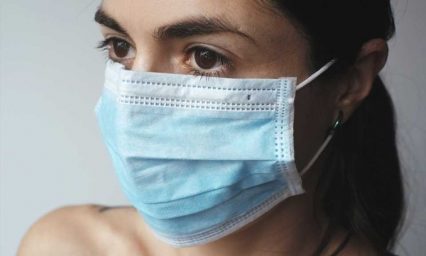 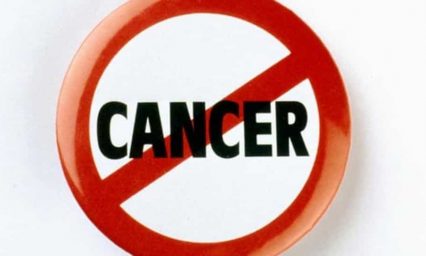