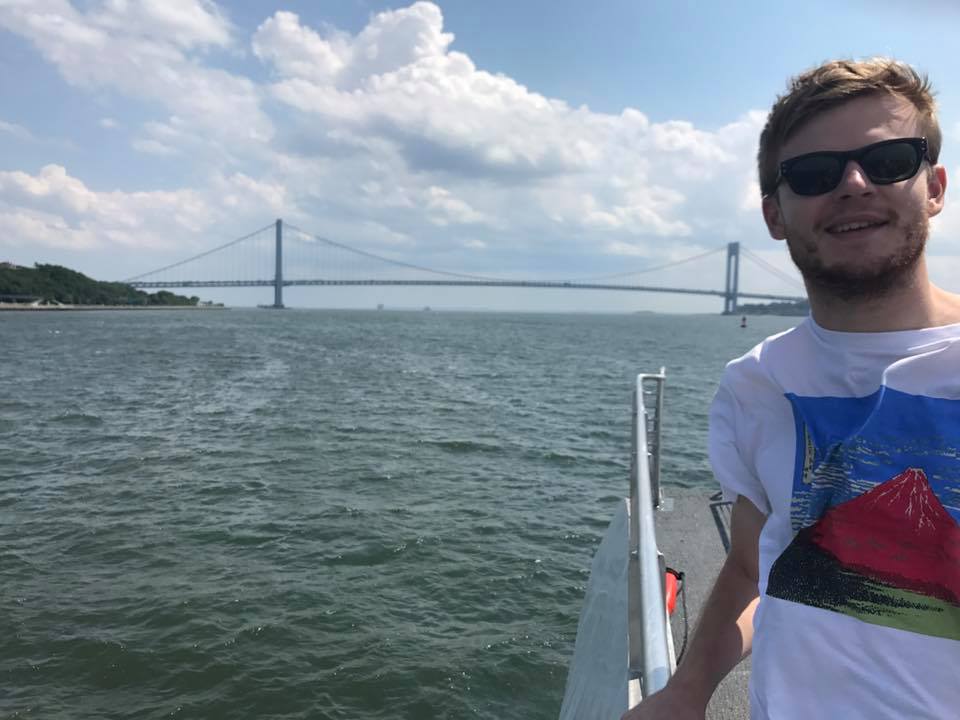 Before I stopped drinking alcohol in June 2019, I never would’ve classed myself as an alcoholic.

But drinking was certainly part of my identity and it was impossible to envision a life without it.

I saw myself as the Fonz from Happy Days – entering every social occasion with a smile, a thumbs up and a beer in hand. Alcohol enabled me to be the life and soul of any party (and the after-party too, ideally).

It all came to a head when I woke up one morning after a heavy night with a bruised, purple hand. I had little recollection of what had happened but the possibility that I’d taken a drunken tumble seemed perfectly plausible.

A day spent in A&E revealed I’d broken a bone and I would need surgery on my hand. For someone who made their livelihood from writing, it was far from ideal and I realised for the first time that I needed to take stock of my drinking.

So I took a break.

Soon, a few weeks led to a few months and I started noticing how much happier I was. My mood had improved to no end and I had gained a new clarity.

I realised that I had been suffering from a depression that I couldn’t admit to but was now able to have conversations about.

While alcohol hadn’t been the sole factor behind that, it had muddled everything and I couldn’t see the wood for the trees. Now I could.

I’m definitely happier without alcohol but there have been challenges. Most of these revolve around the fact that social norms in this country are always geared towards drinking, and not to those who are teetotal – the practice of abstinence from alcohol.

The adjustment period of not drinking was unusual and my first few visits to the pub were made cautiously.

Once I discovered that most places now stock non-alcoholic beer it made life a lot easier. The familiarity of that beery sensation acted as a placebo, in a way that a juice or soft drink never could.

However, it’s not been plain sailing.

An older acquaintance called me out at a bar for ordering a non-alcoholic beer and branded me a ‘p***y’. I took issue with it and it got quite heated, with a friend having to separate us.

I didn’t expect to experience peer pressure about my decision not to drink but it stems from a particular strand of British culture that cheers on those who drink heartily and mocks those who don’t. It’s this climate that can make it difficult for some to ever take a step back.

He later apologised because he could see that picking me out in front of a larger group had made me feel uncomfortable.

I knew that I could never hold a grudge for something like that though because, deep down, I knew that my own drinking was probably just as ostracising to others in the past. Particularly at work drinks I’d always want to be the last man standing and never knew when to call it a night.

I’m heavily involved in a Sunday league football team, where the social side is as much a part of the camaraderie as playing matches. They’ve been very supportive of my decision and I’m thankful that I’m part of a network like this.

I’m a big believer that team sport can help to improve mental health issues and it’s honestly hard to imagine my life without that group of boys.

But, as the team’s only non-drinker, I stick out like a sore thumb on nights out. While the team are ordering in a round of shots, I’ll be on the sideline sipping a Coke.

Viewing it from the other side for the first time, I can see that masculine-heavy environments are so often focused around alcohol and that can probably end up being quite intimidating – even if it’s unintentional.

I feel particularly for students from different countries or those who don’t drink for religious or medical reasons and are turned off sports teams by the drinking culture. The same could be said for the persistent nature of ‘work drinks’, which is still peddled as the leading facilitator of social cohesion in the British office.

Nearly three years on, I have now started a new job, which requires long hours and can be emotionally draining.

Staying sober helps me to stay level-headed and to control my feelings – more than getting pissed ever could.