‘I thought it was a typo’: Cancer survivor is told he’ll have to wait two-and-a-half YEARS for a hospital appointment due to dire NHS backlog

A cancer survivor has told of his devastation at learning he has to wait at least two years for a hospital check-up.

Andrew Jones won’t be seen until June 2025, illustrating just how much the NHS is struggling to cope with its record backlog.

Mr Jones, who was given the all-clear five years ago, suffered bladder damage after his operation. It left him needing the toilet more than usual.

His GP decided he needed to see a consultant urologist, in order to assess the scale of the problem. Mr Jones, a grandfather in his sixties, assumed the invite was going to be for 2023. 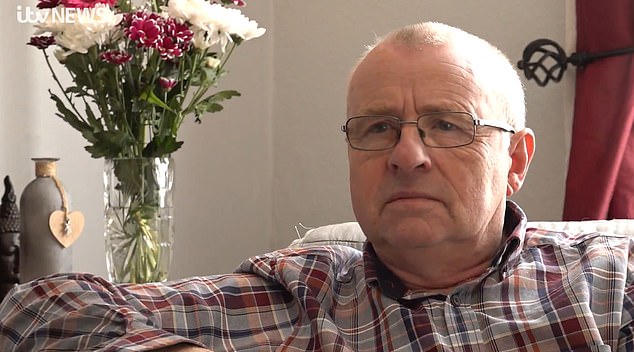 Cancer survivor Andrew Jones won’t have a check-up until June 2025, illustrating just how much the NHS is struggling to cope with its record backlog 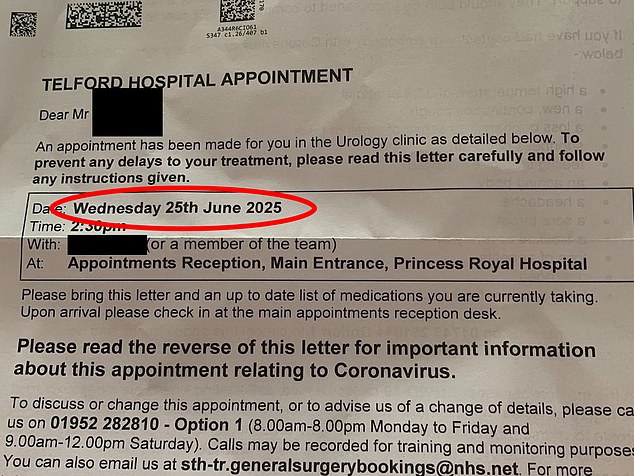 Meanwhile, a 16-year-old was given a same June 2025 appointment at the hospital’s urology department. He will be 18 by the time he finally gets his check-up

Patients are complaining about the NHS more than ever, official figures show.

More than 225,000 written grievances were penned about England’s ailing health service in 2021/22.

Communications, clinical treatment, staff attitude and behaviour, and patient care were the areas most complained about.

It comes amid huge pressures in the NHS, which is gearing up to face its ‘toughest ever winter’.

Backlogs have amassed to all-time highs, with performances in A&E and ambulance response times diving to record lows.

The looming threat of strikes and a ‘tripledemic’ of Covid, flu and other seasonal viruses could pile even more misery on the health service this winter.

Recalling his thoughts when he discovered it was actually not until 2025, he told ITV News: ‘I thought, I’m going to be 64.

‘I didn’t think it was a life-threatening problem that I got, but I don’t know that.

He assumed the appointment date at Telford’s Princess Royal Hospital was a mistake, telling his partner: ‘This has got to be a typo, it has got to be 2023.’

Mr Jones told the Shropshire Star: ‘It is beyond belief really. I knew the NHS is in a state but I did not think it was that bad.’

It is not clear what cancer Mr Jones, from Ditton Priors near Bridgnorth, has.

Meanwhile, a 16-year-old was given a same June 2025 appointment at the hospital’s urology department.

He will be 18 by the time he finally gets his check-up.

The boy’s appointment is just 30 minutes before Mr Jones’.

‘Put his life on hold for the next three years?

‘The NHS crisis is holding back people from getting on with their lives. The longer the Conservatives are in power, the longer patients will wait.’

It comes as further disruption to appointments is expected next month, as nurses stage UK-wide walk-outs on December 15 and 20.

Health insiders have warned the strikes will cost lives, with a ‘bank holiday service’ causing delays and cancellations to everything from routine operations to chemotherapy. 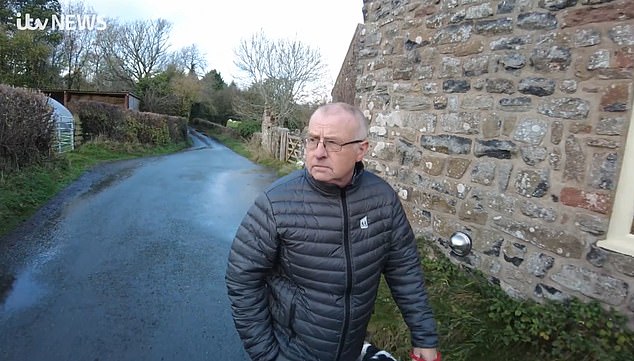 Mr Jones, who was given the all-clear five years ago, suffered bladder damage after his operation. It left him needing the toilet more than usual

Meanwhile, the NHS backlog in England had already hit a record 7.1million in September, latest figures show, with hundreds of thousands in the queue for treatment for more than one year.

A&E performance fell to at a fresh low, with around 1,400 attendees forced to wait 12-plus hours in emergency departments every day last month. The lowest proportion ever recorded were seen within the NHS target of four hours.

And ambulances took longer than ever to reach 999 callers of all severities in October. Health leaders say ‘unprecedented demand’ continues to pile strain on the struggling service.

The data reflect the situation before winter pressures, such as an expected rise in Covid and flu admissions, have been felt in hospitals.

The NHS blames the crisis on record demand, Covid pressures, workforce shortages and the bed blocking crisis — which saw an average of 13,613 beds per day in October, equivalent to one in seven — occupied by people who no longer need to be there.

The figure is triple the pre-pandemic average. Shortages in social care are thought to be behind the delayed discharges — with insufficient staff available to take care of some patients when they are ready to leave hospital.

Sara Biffen, acting chief operating officer for the Shrewsbury and Telford Hospital NHS Trust, which runs the hospital, said: ‘We would like to apologise for the wait for a urology appointment, with the service facing a backlog following Covid and shortages of specialist staff.

‘We are doing everything we can, alongside partners, to reduce waiting times, including actively recruiting more urologists and nurses.

‘We continue to prioritise patients with greatest clinical need, including cancer treatment, and regularly review the waiting list.

‘Working with partners we are exploring other providers who may be able to offer earlier appointments and we will continue to keep patients updated and supported.’