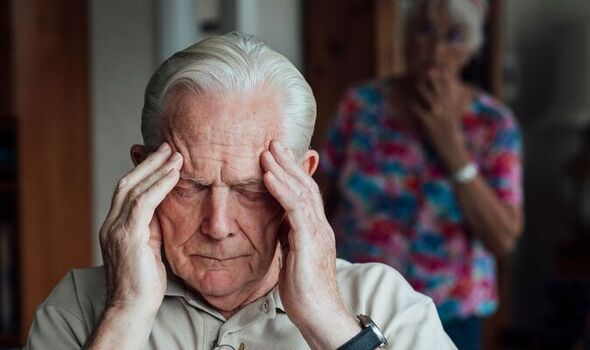 While those drugs have sedative effects, it is thought Sativex could amplify pleasurable feelings and reduce distress with fewer unwanted side effects. Mr Albertyn said: “We all have cannabinoids in us already which regulate our internal balance.

“When we feel pain, hungry, sleepy or our mood fluctuates, those are regulated by this internal endocannabinoid system which essentially brings us back to the middle anytime that we’ve gone to an extreme.

“That’s the target for us because it’s implicated in all these behavioural and psychological fluctuations that we have naturally. It’s just a matter of reducing the extremes.”

Non-drug therapies such as social groups, music sessions or massage therapy are preferred for people with behavioural symptoms. But many had to be stopped during the pandemic and the proportion of dementia sufferers being given antipsychotic drugs increased.

The trial, led by King’s College London and funded by Alzheimer’s Research UK, is recruiting 60 patients living in care homes, where they can be closely monitored.

Mr Albertyn has worked on trials in care homes for several years and was inspired to investigate Sativex after speaking to families and staff. He explained: “We discovered that there were some relatives in care homes that were using CBD oils, putting them into creams, drinks or tinctures, and self-experimenting to help with things like sleep, pain, aggression and aggression.

“It led me to dig deeper. There’s a real growing early evidence base for cannabinoid medications to be promising targets in this area.”

Sativex contains an equal mix of two chemicals from the cannabis plant – tetrahydrocannabinol (THC) and cannabidiol (CBD). It is approved for use on the NHS in England for certain patients who suffer from painful muscle spasms caused by multiple sclerosis. 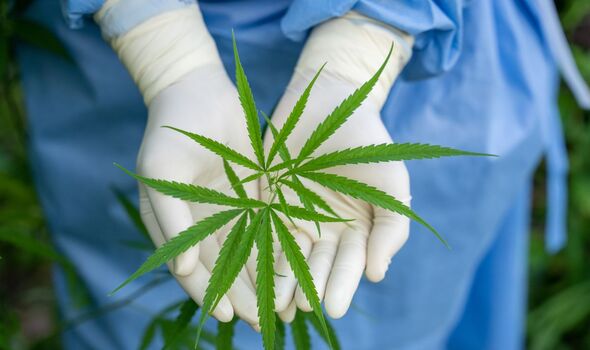 However, the Daily Express has highlighted a postcode lottery in access, with some areas prescribing it while others do not.

Results from the study are expected next spring and, if the drug is effective, Mr Albertyn hopes it could eventually be used outside care homes.

He also agreed that more investment in dementia studies was needed. He said: “Dementia costs more than heart disease and cancer combined to wider society and yet it gets only a fraction of the funding investment going into research for new treatments.

“The one thing we’ve seen from Covid is what the clinical research ecosystem can do when patients and society are engaged. We can do the same for dementia, we just need that thrust.”

Mum was in “tortured mental hell” due to early onset dementia

She was diagnosed 12 years ago and cared for by her husband Andrew for nine years. But her family struggled as she became increasingly distressed.

The couple’s daughter Emily said: “She always felt left out of things.

“My sisters and I would come home every couple of weekends to help out. But we couldn’t talk to each other around her.

“Dad couldn’t be on the phone with her in the background because she’d feel left out and start getting really angry and crying.”

Janet, now 72, became paranoid and once called the police because she thought Andrew was keeping her trapped in the house.

Four years after her diagnosis she suffered a bad psychotic episode and was almost sectioned. 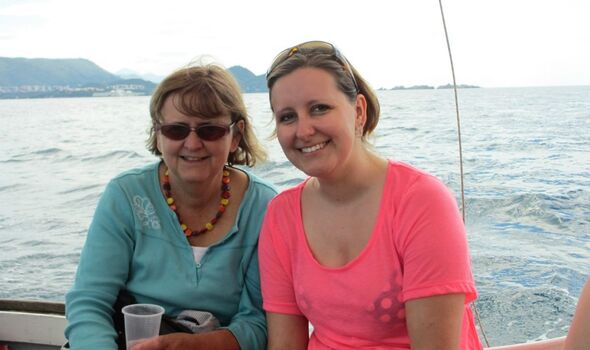 Janet now lives in a care home in Reading and can no longer talk or walk.

Emily, 36, said she feels like she is already grieving the loss of her mother and she supports calls for more research into treatments.

She added: “There were not many options for what mum could take when she went through her really psychotic episode.

“The drugs that we could give her made her very sleepy, another made her gain weight. None of them helped for that long anyway.

“Looking back, the most important thing would be to stop her mental pain. When she had the psychosis and she was in some tortured mental hell it was so hard to watch.”