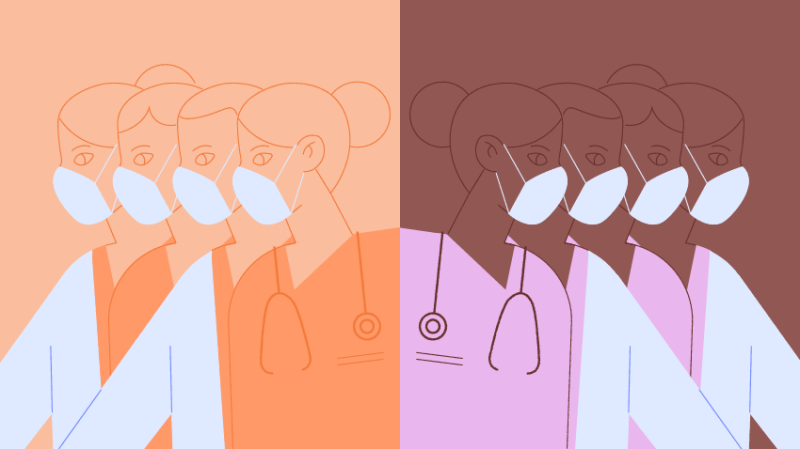 A new study finds Black patients are more likely to die after their heart bypass surgery if they’re at a hospital where some care teams see mostly white patients and others see mostly Black patients. On the other hand, mortality rates are comparable between Black and white patients after heart bypass surgery when the teams of health care providers at their hospitals all care for patients of all races.

Some level of care team segregation within hospitals was very common, and the findings bring up another angle to better understand racial inequities in surgical outcomes, says co-first author John Hollingsworth, M.D., M.Sc., a professor of urology at Michigan Medicine and of health management and policy at the University of Michigan School of Public Health.

Previous studies have already shown that mortality after heart bypass surgery is higher overall in Black patients than white patients, but known factors such as access to care and use of lower resourced hospitals don’t fully explain the disparities.

Hollingsworth and colleagues’ new paper reviewed Medicare claims from more than 12,000 heart bypass procedures between 2008 and 2014. The data included claims from 72 hospitals across the country where at least 10 Black patients and at least 10 white patients underwent heart bypass surgery over the study interval.

“In the Medicare population, there is a lack of overlap in the composition of the provider care teams that treat Black and white patients undergoing heart bypass surgery in the same hospital,” Hollingsworth says. “Such provider care team segregation is associated with higher operative mortality for this procedure among Black patients.”

Researchers say the reasons for this segregation may include patient preference, in which people prefer to have a care provider who looks like them; admission priority, in which Black patients are more likely to come from the emergency room for their heart bypass than schedule it in advance as an elective surgery; and effects of structural racism on the process of assigning patients to provider care teams, which includes a variety of decisions that don’t always get shared or explained.