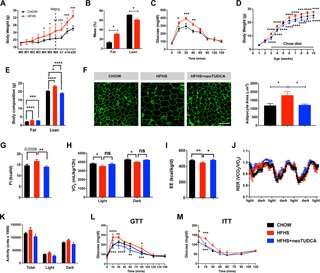 Maternal obesity increases the risk for obesity and metabolic perturbations in their offspring, but what are the mechanisms? In a new study published March 12 in the open-access journal PLOS Biology, Sebastien Bouret of the French National Institute of Health and Medical Research (INSERM) in Lille, France, and colleagues show that a key step in the process is the triggering of stress in a complex membrane system within all cells called the endoplasmic reticulum (ER). That stress leads to critical changes in the development of the hypothalamus, a part of the brain that controls hunger, satiety, and metabolic rate.

The ER constitutes the largest network of membranes within a cell, and plays a central role in the synthesis of proteins and many other biological processes. In response to cellular stress, the ER activates the so-called “unfolded protein response,” whose normal function is to restore the cellular balance, but whose prolonged activation has been linked to obesity-induced insulin resistance and type 2 diabetes in adults. Because of this link, and because maternal obesity has also been linked to abnormal development of the hypothalamus, the authors asked whether ER stress might be tied directly to obesity-driven hypothalamic changes.

Working in mice, they began by showing that maternal obesity led to increased body weight in male offspring, with an increase in food intake, reduced oxygen consumption, and impaired glucose tolerance (female offspring were not affected, for reasons that remain to be explored). These changes were accompanied by ER stress in several tissues, including the arcuate nucleus of the hypothalamus, a key site for metabolic regulation. One known mechanism for that regulation is through signaling by the hormone leptin; leptin inhibits hunger, and maternal obesity is known to increase resistance to its effects.

The authors showed that all these changes could be mitigated by treating offspring with the naturally occurring bile acid tauroursodeoxycholic acid (TUDCA), which is known to promote refolding of proteins and alleviate ER stress. When the mice pups of obese mothers received TUDCA, neuronal development within their arcuate nucleus was normalized, leptin signaling was restored, and the alterations in body weight, glucose tolerance, and most other physiologic measures were reversed.