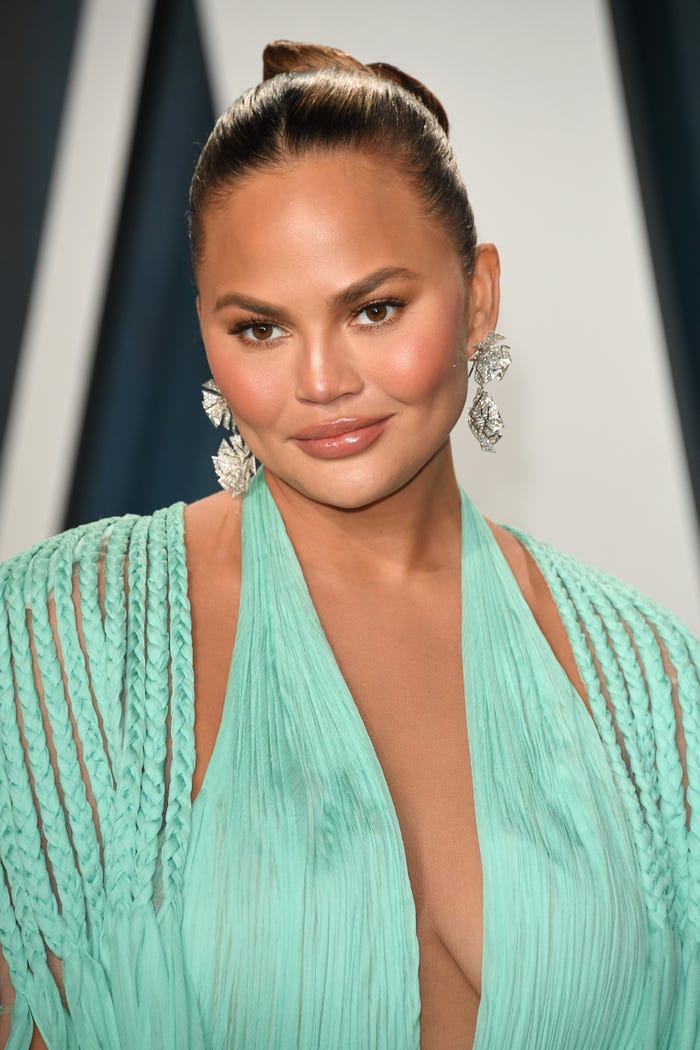 Two months after experiencing a pregnancy loss and becoming a voice for parents who've experienced similar heartbreak, Chrissy Teigen is on another parenting mission.

This time, the model, entrepreneur, and cookbook author is condemning formula shaming, writing on Twitter that feeding infants the substance needs to be "normalized" like breastfeeding.

"Normalize breastfeeding is such a huge, wonderful thing," she wrote, "but I absolutely felt way more shame having to use formula because of lack of milk from depression and whatnot."

Teigen, who has two children with her husband musician John Legend, said that "people have surrogates, people have trouble breastfeeding and all you hear as a new, anxious mom is how breast is best." She reassured parents that their babies are going to be "beautiful, perfect, and okay" either way.

Teigen shared that she pumped all the time with her kids because she was scared they wouldn't get enough milk if they fed directly from her breasts. The stress of it was counterproductive, she said, only resulting in an ounce of milk.

"The stress of it, combined with the guilt that you cannot do nature's most natural thing for your own baby is too much," she wrote. "I dunno why this is my crusade now. I just remember the sadness I felt and want you to know you are doing it right if your baby is fed, mama."

"Formula feeding is generally thought of by new moms as shameful and a sign that they are failing," she said. "For a celebrity like Chrissy to out this sort of thinking is monumental in the fight to alleviate shame."

The American Academy of Pediatrics and the World Health Organization recommend babies exclusively breastfeed for the first six months of life. The guidance is based on extensive research showing that breastfeeding is linked to a host of benefits for both the birthing parent and baby.

Formula can't replicate all of those benefits since it's not human-made. It comes from cows, plants, or both.

But, as Teigen pointed out, breastfeeding is not possible for everyone. Adoptive parents, those who've used surrogates, and moms with various physical and mental health conditions may need to use formula, which is "a safe, relatively affordable, thoughtfully designed, rigorously tested, and continually improving" alternative, pediatrician Dr. Kelly Fradin previously told Insider.

The benefits of breastfeeding can sometimes outweighed by the toll trying to do so takes on some parents' health.

"Almost across the board, the women in my practice with postpartum mental health issues are deeply anxious about their newborn's milk or formula consumption and put an unmanageable amount of pressure on themselves," Neidich said, adding that she encourages clients to let go of their expectations and take a more flexible approach to meeting their baby's needs.

"Exclusively breastfeeding is great," she said, "but not if it is at the detriment to someone's mental health."