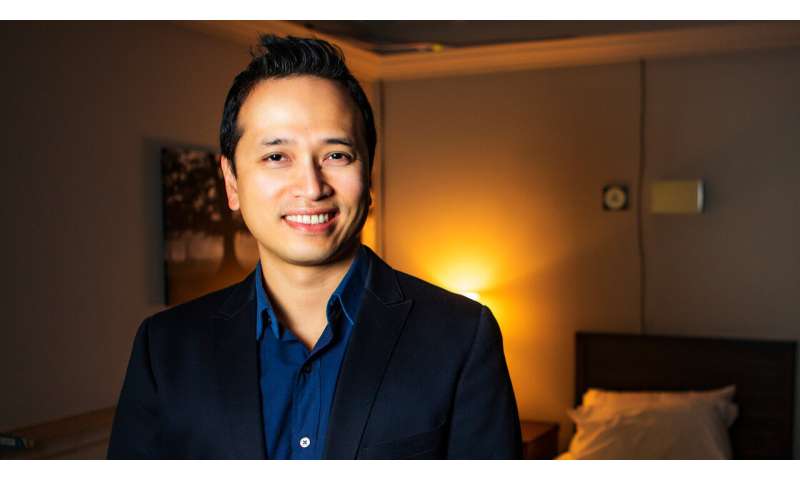 Chronic insomnia disorder, which affects approximately 10 percent of adults, has a direct negative impact on cognitive function of people aged 45 and over, independent of the effect of other health issues.

This is the primary finding from an analysis of sleep data from the pan-Canadian cohort of the Canadian Longitudinal Study on Aging.

The analysis was conducted by a research team that included postdoctoral researcher Nathan Cross and his advisor Thanh Dang-Vu, both of whom are affiliated with Concordia University’s PERFORM Centre and the Centre de recherche of the Institut universitaire de gériatrie de Montréal (CRIUGM) of the CIUSSS du Centre-Sud-de-l’Île-de-Montréal. Dang-Vu is also an associate professor in the department of Health, Kinesiology and Applied Physiology and the Concordia University Research Chair in Sleep, Neuroimaging and Cognitive Health and a clinical associate professor in the Department of Neuroscience at Université de Montréal.

“A number of studies have shown links between insomnia and cognitive problems,” explains Dang-Vu. “However, many of these studies were conducted on a limited number of individuals suffering from insomnia, and the results are not always consistent from study to study. Other studies do not distinguish between chronic insomnia disorder and the simple presence of symptoms. Chronic insomnia is often associated with other health issues (such as anxiety or chronic pain) that can also affect cognitive function, which makes it difficult to determine the direct contribution of insomnia to these cognitive problems. The purpose of our study was therefore to determine the precise link between chronic insomnia and cognitive function in a large sample of middle-aged and elderly people while also accounting for the possible effect of these other health issues.”

The analysis examined data from 28,485 participants aged 45 and over who come from many cities across Canada, including Montreal. Each participant belonged to one of three groups: (1) people with chronic insomnia disorder, (2) people with symptoms of insomnia who did not complain of any impact on their daytime functioning, and (3) people with normal sleep quality.

They all filled out questionnaires and underwent physical exams and a battery of neuropsychological tests to evaluate different cognitive functions and the quality of their sleep.

“The individuals in the chronic insomnia group performed significantly worse on the tests compared to those from the other two groups. The main type of memory affected was declarative memory—the memory of items and events. This was the case even after accounting for other factors, be they clinical, demographic or lifestyle characteristics, which may influence cognitive performance,” Dang-Vu says.

Further research in this area will aim to better characterize this relationship between poor sleep and cognitive problems.

“Does chronic insomnia predispose people to cognitive decline?” asks Dang-Vu. “Can these cognitive deficits be reversed with sleep disorder treatment? There are many important questions that remain to be explored and that will have a major impact on the prevention and treatment of age-related cognitive disorders.”