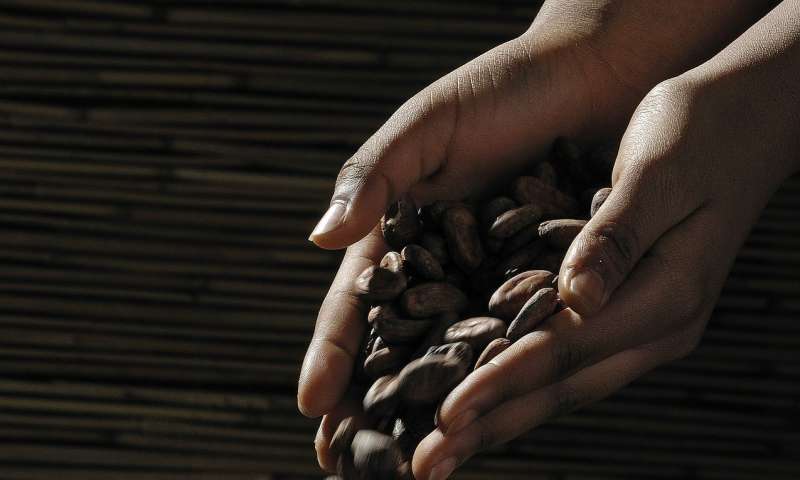 Cocoa may help curb the fatigue that is typically associated with multiple sclerosis (MS), suggest the results of a small feasibility trial, published online in the Journal of Neurology Neurosurgery & Psychiatry.

Cocoa, like dark chocolate, is rich in flavonoids—substances found abundantly in fruit and vegetables and associated with anti-inflammatory properties.

If the findings are confirmed in larger studies, it may offer a simple dietary approach to a persistent and hard to treat symptom, which affects nine out of 10 people with MS, suggest the researchers.

The causes of mental and physical fatigue experienced by people with MS are complex, and likely to include neural, inflammatory, metabolic, and psychological factors. None of the currently available approaches offers long term relief, say the researchers.

Previous research suggests that dark chocolate, containing between 70 and 85 per cent cocoa solids, is associated with an improvement in subjectively assessed fatigue in people with chronic fatigue syndrome (ME).

This prompted the researchers to see if it might also be worth exploring its potential in helping to tackle the fatigue associated with MS.

They randomly assigned 40 adults recently diagnosed with the relapsing remitting form of MS and fatigue to drink a cup of either high flavonoid cocoa powder mixed with heated rice milk (19) or a low flavonoid version (21) every day for six weeks.

Participants were instructed to wait 30 minutes before taking any prescribed medication or eating or drinking anything else, but otherwise to stick to their usual diet.

Fatigue and fatigability-the speed with which mental and physical fatigue set in-were formally assessed before the start, at the mid-point, and at the end of the trial.

And there was a moderate effect on fatigability, with those drinking high flavonoid cocoa able to cover more distance during the 6 minute walk test.

“Our study establishes that the use of dietary interventions is feasible and may offer possible long-term benefits to support fatigue management, by improving fatigue and walking endurance,” write the researchers.

Given the anti-inflammatory properties of flavonoids, they could be used alongside other approaches, such as exercise, drug treatment, and physiotherapy, to treat fatigue, they suggest.

“The use of dietary approaches to reduce fatigue and associated factors in people with MS may be an easy, safe, and cost-effective way to have an impact on quality of life and independence, allowing people to feel more in control of their condition.

“A full evaluation, including wider geography, longer follow up and cost effectiveness is now indicated,” they conclude.

In a linked editorial, Dr. Paolo Ragonese, University of Palermo, points out that the treatment and management of MS related fatigue “still represents a challenge…because its mechanisms are multifactorial.”

And diets rich in flavonoids are linked to longer life and a lower risk of cardiovascular disease as well as positive changes to the volume and diversity of gut bacteria (the microbiome), he points out.