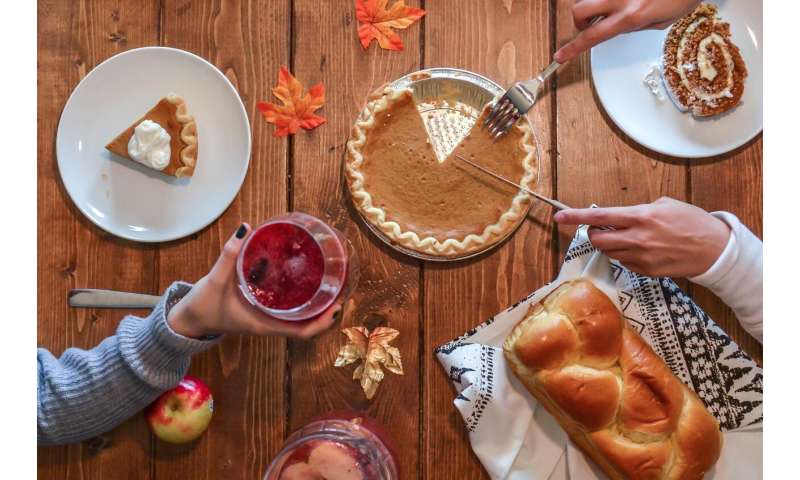 Sex, income, religion and politics—these are some of the biggies on the list of taboo topics during polite discussion. Even a conciliatory tone doesn’t always protect you if the subjects are spicy. When singer Katy Perry tweeted post-election encouragement to reach out to family members who supported the other candidate, she was skewered online.

Traditionally the year-end holidays are a time when friends and family with diverse points of view gather. In a pre-Thanksgiving Pew Research Center survey in 2018, people who reported more family discord about politics were less likely to be comfortable talking politics with their family, with 40% of respondents saying they try to avoid the subject.

Even during this tumultuous year, with stress running high for so many reasons, there are ways to discuss politics without the shouting and angst. Based on courses I teach on conflict resolution in relationships and organizations, here’s my practical advice, whether you’re connecting via Zoom or in person.

During arguments, it’s easy to fall into what marriage therapist John Gottman calls the four horsemen of the apocalypse: contempt, criticism, defensiveness and withdrawal. Once you go there, it’s hard to have any kind of constructive or positive outcome.

Here are the rules I’ve developed for constructive arguing among couples:

It’s easy to get frustrated and start letting go of these ideals, especially in the heat of the moment.

A coaching strategy that encourages empathic understanding can help here. Known as support for thought, this technique encourages you to support your counterpart’s willingness and ability to think constructively. You show respect for their different point of view and ask questions that reflect active and supportive listening.

Maybe you have higher aims than just keeping the peace. Sometimes you really want to challenge someone’s beliefs. There are ways to do so constructively.

For example, you can try to get your family member to recognize a discrepancy between their current anxiety and their ideal future by suggesting some outcomes that are counter to their current beliefs.

Imagine your aunt is scared of losing health insurance. What she hopes for in the future is affordable health care. If you can recognize where she’s coming from and where she wants to wind up, you can bring up a point that might not fit with her current view but that would help her accomplish her goals—like mentioning the possibility of using less expensive telemedicine options. You’re using empathic understanding, identifying with the perspective of another.

Brains like to keep it simple and the same

You might save yourself some unpleasantness if you keep in mind the old maxim that you can’t teach an old dog new tricks. People can change their minds—but it’s not easy. The human default is to stick to your beliefs.

For one thing, people are cognitive misers and it’s more efficient to adhere to pre-existing beliefs. It takes time, research and mental effort to make a change. Back in the 1950s, psychologist Jean Piaget called the process of modifying your existing ideas as a result of new information or new experiences “accommodation.”

Neuroscience research reveals that the way the brain’s connected makes it easier to assimilate new information that reinforces existing beliefs than to “unlearn” old information and replace it.

Political beliefs appear to be particularly “mindless”—people don’t tend to spend a lot of time internally rehearsing their arguments when those claims fall along party lines. People rely a lot on existing stereotypes as shortcuts as they move through political discussions.

So, if a person is not receptive to your political arguments after you’ve given it your best shot, maybe you can take heart in knowing you’re up against brain functions that have evolved over millennia to help people make efficient decisions without needing to painstakingly analyze every new bit of data.