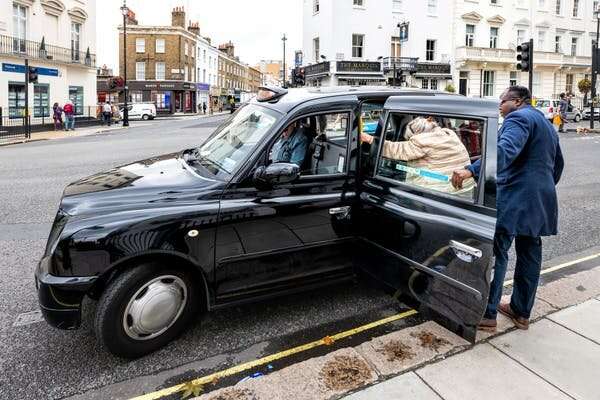 Many of us rely on public transport to get to work, school, and to meet friends and family. But in the time of COVID-19 is it safe to use these vehicles and is there a difference between them?

Transport has contributed to the spread of coronavirus—locally, regionally and internationally. Despite various measures for passenger screening, quarantine after travel and border control, infected people have still managed to travel—knowingly or unknowingly. We now know that quite a large proportion of people who are infected show no symptoms of COVID-19 and that people are infectious before they show symptoms.

A study looking at trains came up with probabilities of transmission depending on proximity to an infected person using risk modeling. Another study that followed a group of tourists who traveled together by plane used questionnaires to link events and diagnoses over a period of time. Computer simulations of a coach filled with manikins were used to model the possible distribution of virus-laden droplets and estimate the likelihood of passengers encountering these at various locations. Everything we know so far is based on modeling, probability and risk.

One way to identify transmission is to compare the genetic sequence of the virus taken from two infected people that are linked by a contact event. We know there are many SARS-CoV-2 strains, each with a unique sequence.

Only one study looking at transmission on transport vehicles has done this. Contact tracing and viral RNA sequencing (RNA being the genetic material of some viruses) showed that a married couple and two flight attendants who had traveled on a flight from the US to Hong Kong were infected with the same strain. This strain had not been found previously in Hong Kong, and this could indicate that transmission occurred on the flight. However, the four people could also have become infected elsewhere while in the US where very similar viral RNA sequences have been found consistently.

How to travel safely

Taking any form of public transport means coming into contact with other people in an enclosed space. To assess the risk that you might expose yourself to, there are several things to consider: the number of people you might encounter, the length of the journey, and the ventilation on the vehicle.

When thinking about contact with other people, the fewer you encounter, the lower the risk. So consider traveling at off-peak times and make sure that you socially distance as much as possible.

Journeys can last a few minutes or many hours, depending on the distance and the mode of transport. The longer your journey the more chance that you will be exposed to the virus as there is more time for air and surfaces to become contaminated and for you to come in contact with the virus.

The ventilation systems on transport vehicles have been designed for passenger comfort and energy efficiency. There is little regulation of the level of fresh air for passengers, except for airplanes.

The ventilation in aircraft is very tightly regulated and probably the most sophisticated, aside from operating theaters and clean rooms. A recent study by the US Department of Defense showed that the combined effect of the cabin ventilation system and mask-wearing meant that people on the flight were exposed to very few particles circulating in the air. Other vehicles may not have such good ventilation. So if you are on a bus or a train where you can open a window, open it if it is safe to do so.

You should wear a face covering throughout your journey to protect yourself from respiratory droplets that might be contaminated with virus particles on public transport. If you are traveling by taxi or ride-sharing service, such as Uber, crack open the window. Ask yourself which surfaces are likely to have been touched by many people. You will probably have to touch these yourself, so be sure to clean your hands well once you finish your journey.

If you are using a bike-share scheme, consider wiping down the handlebars before you set off. And it is always important that you stick to the measures given by the transport operator.