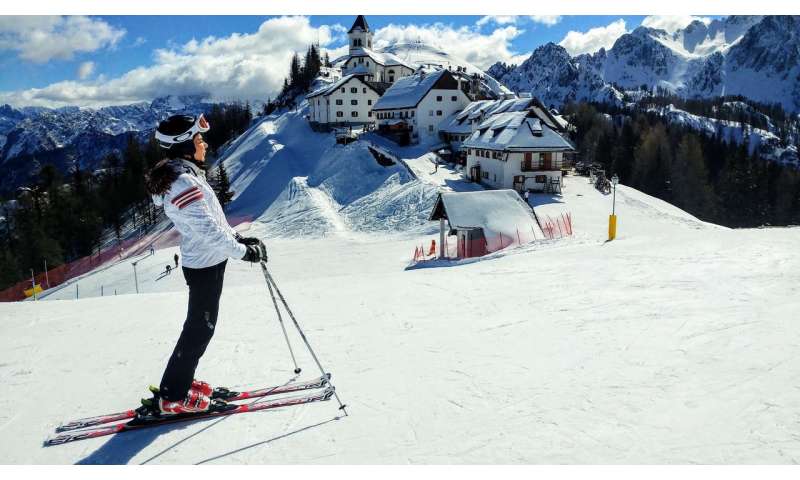 A study funded by the SNSF shows that in winter, weak sunlight prevents the Swiss population from producing sufficient levels of vitamin D.

Too much sun increases the risk of skin cancer. But moderate exposure is required to produce vitamin D. This substance is essential for bone health and may also play a role in preventing respiratory infections, autoimmune diseases and certain types of cancer.

A new study shows that in Switzerland, between the end of autumn and the beginning of spring, sunlight does not even come close to providing the daily dose of 0.024 milligrams of vitamin D recommended by the World Health Organization (WHO). The study was supported by the Swiss National Science Foundation (SNSF) and has been published in the Journal of Exposure Science and Environmental Epidemiology.

The researchers measured the intensity of solar UV irradiation in Switzerland for a year and used the resulting data to create a computer simulation. The simulation enabled a precise estimation of the impact of sunlight on the production of vitamin D as well as the risks of sunburn.

In summer, synthesising vitamin D is straightforward: at mid-day, it takes a person wearing a T-shirt (22 percent of uncovered skin) just 10 to 15 minutes to produce the recommended daily dose. But sunburn can occur around ten minutes later, which increases the risk of developing skin cancer.

In winter, the situation is different. Generally speaking, less skin – around 8 percent, representing the face and hands – is left uncovered. Moreover, solar UV irradiation is weaker owing to the longer distance the rays must travel through the atmosphere. Under these circumstances, it takes at least six and a half hours of exposure to produce the recommended dose of vitamin D. Not only is such exposure difficult to achieve, but sunburn would occur before the daily dose is reached. “This is due both to the spectral characteristics of winter irradiation and its concentration on small areas of the skin,” says David Vernez, project head and a specialist in estimating risks at the Center for Primary Care and Public Health (Unisanté) in Lausanne. “Fortunately, it’s not all that easy to do.”

The big surprise of this study was the marked difference between summer and winter. “In Switzerland, it is practically impossible to produce enough vitamin D to achieve the WHO recommendations in every season,” says Vernez. Even with less conservative recommendations, the odds are against it.

To obtain their results, the team brought together specialists in public health, meteorology, computer science and nutrition to create a simulation of solar exposure. In particular, the algorithms are able to predict the amount of vitamin D produced and to estimate the risks of sunburn for the two skin types that are most common in Switzerland.

The computer model uses as input data on sunlight collected at four weather stations representing the country’s diverse environments throughout the year. To more precisely estimate the amount of UV irradiation in Switzerland, the researchers also used ozone measurements from the EOS Aura satellite operated by NASA.