Researchers found that it could indicate with almost 90 percent accuracy who would develop Alzheimer’s within four years. Commenting on the findings, University of Oxford professor Masud Husain said: “This is a potential game-changer. “For the first time, we have a blood test that can predict the risk of subsequent development of Alzheimer’s disease in people who have mild cognitive symptoms. “We need further validation but in the context of other recent findings this could be a transformative step to earlier diagnosis.” Alzheimer’s is characterised by the accumulation of proteins in the brain that are thought to kill off neurons.

Scientists used data from more than 500 people with mild cognitive impairment to test a number of models that looked at different blood bio-markers.

The study, led by Professor Oskar Hansson at Lund University, Sweden, found that levels of a tau protein called P-tau181 and neurofilament light polypeptide (NfL) were a strong indicator of which patients would deteriorate.

Mild cognitive impairment (MCI) is an umbrella term that describes symptoms including forgetfulness; problems with reasoning, planning or problem-solving; and trouble with visual depth perception.

More than half of people with MCI go on to develop dementia and experts are searching for a reliable way to predict who will be affected.

Dr Sara Imarisio, head of research at Alzheimer’s Research UK, said: “Any future dementia treatments will likely need to be given early in the disease process, making it even more important to take findings like these forward so we can improve how we diagnose early memory and thinking problems. 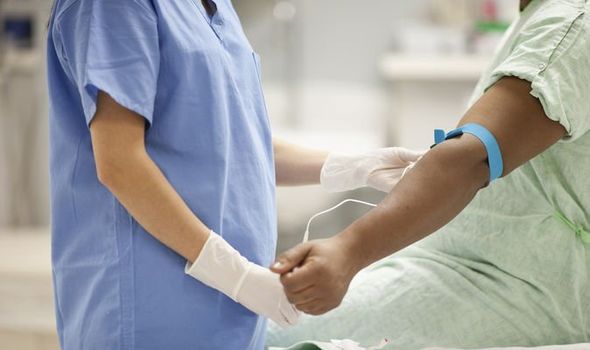 “We need to bring blood-based markers into routine clinical practice.”

But Prof Tom Dening, director of the Centre for Old Age and Dementia at the University of Nottingham, sounded a note of caution.

He said: “The paper reports a sensitivity of 89 percent.

“This is impressive but in large-scale practice it could lead to a lot of misdiagnosis.”

The findings were published in the journal Nature Aging.