Diabetes is a common condition that affects around four million people in the UK, and 90 per cent of cases are caused by type 2 diabetes. The condition could be caused by the pancreas not producing enough of the hormone insulin, or the body not reacting to insulin. You could lower your risk of diabetes by eating a healthy, balanced diet, and by doing regular exercise. But eating too much rice could be raising your blood sugar, and increasing your risk of diabetes symptoms, it’s been revealed.

Rice could be increasing your chances of high blood sugar

Rice is a common carbohydrate that could be increasing your chances of high blood sugar, revealed nutritionist Alice Mackintosh.

Carbohydrates are made up of simple sugars, that contribute to diabetes, she warned.

Instead, we should be cutting back on the amount of rice and other carbohydrates we eat, and opt for wholegrain carbohydrates.

“We need to think about – on a more general level throughout the day – about how our meals are impacting our insulin,” she told Express.co.uk.

“So for example, if you’re looking at having curry for dinner or a stew with potatoes, often the carbs on the plate are filling up at least half of the plate.

“The thing here to consider is that most of the time, people are also choosing white carbohydrate, and though these aren’t necessarily sweet to taste, they break down into sugar in the body. 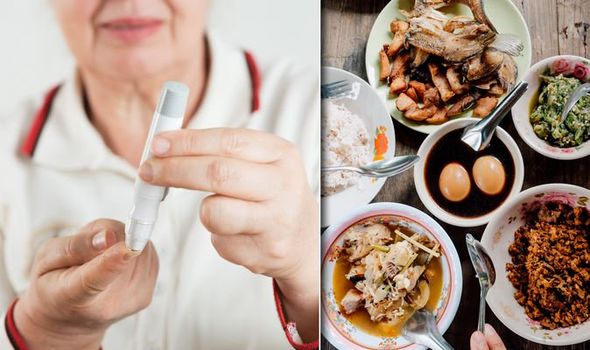 “Their individual building blocks are sugar. So quite quickly after they have lots of rice, your blood sugar levels are probably also going to go up higher than they should do.

“Basically we’re talking about having wholegrain carbohydrates, and keeping them at 25 per cent of the plate at lunch and dinner.”

That equates to around three or four tablespoons of carbohydrates with your meal at any one time, she said.

The nutritionist’s warning came after genomics company 23andMe revealed a new report that offers people their ‘risk’ of diabetes based on their genes.

Researchers compared data from more than 2.5 million people to work out a ‘polygenic score’ – a likelihood of type 2 diabetes.

Type 2 diabetes can be hereditary. If either of your parents had the condition, it means your risk is increased. 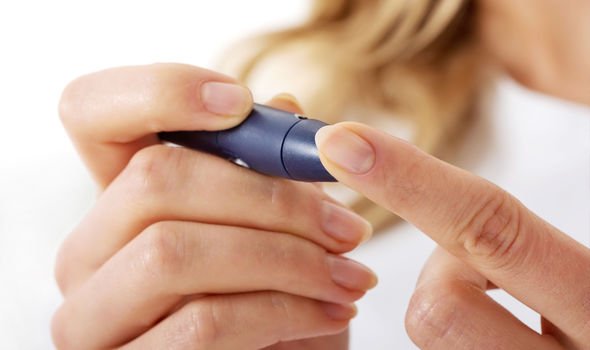 But many people may be living with diabetes without even knowing it, because the symptoms don’t necessarily make you feel unwell.

Diagnosing the condition early is crucial, because it raises the risk of some deadly complications, including heart attacks and strokes.

Speak to a doctor if you’re worried about the symptoms of diabetes, or if you think you may be at risk.

A quick blood test should be enough to reveal whether you have diabetes.