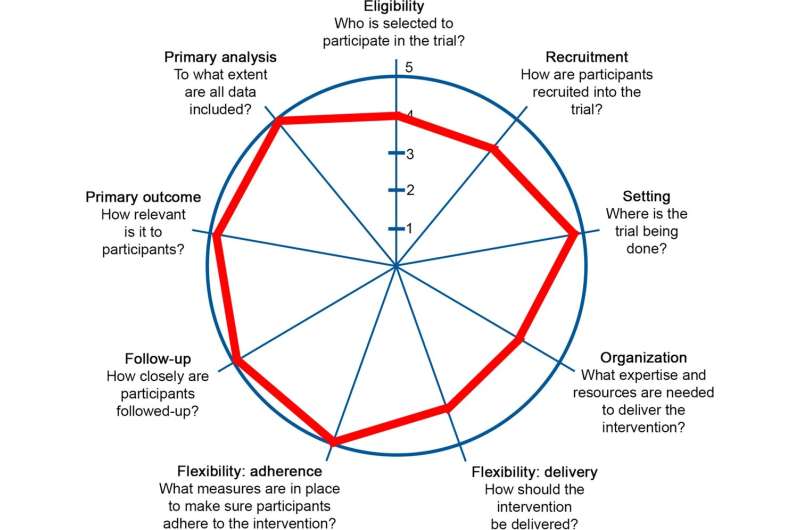 Rising to meet the formidable challenge of the timely diagnosis of dementia, research scientists from Regenstrief Institute, IUPUI and the medical schools of Indiana University and University of Miami are conducting the Digital Detection of Dementia study, a real-world evaluation of the use of an artificial intelligence (AI) tool they developed for early identification of Alzheimer’s disease and related dementias in primary care, the setting where most adults receive health care. Individuals identified as cognitively impaired will be referred for diagnostic services.

The AI tool, called a passive digital marker, is a machine learning algorithm the researchers developed, trained and tested. The tool uses natural language processing to cull unstructured information in combination with structured data from a patient’s electronic health record. These could include mention of memory issues, a notation of vascular concerns, comorbid conditions or other factors potentially linked to dementia.

“Between 50 to 80 percent of dementia cases are unrecognized by the health care system in the U.S. And, if you include patients living with mild cognitive impairment, that number might actually climb to higher than 80 percent of cases that are not recognized,” said Regenstrief Institute and Indiana University School of Medicine faculty member Malaz Boustani, M.D., MPH, senior author of the Digital Detection of Dementia study protocol paper, published in the journal Trials.

“In this new study we are evaluating the practical use of our tool when used alone and when used with an accompanying patient-reported outcomes survey,” Boustani continued.

“Unfortunately, the lay public believe there’s nothing you can do if you find out you or a family member has Alzheimer’s disease, but that is not true. Over the past 20 years we have developed, validated and have been operating a comprehensive collaborative care model for dementia that reduces the disease burden for the patient, reduces caregiver stress and reduces inappropriate hospitalizations, keeping people living at home longer and lowering overall costs to them and to the health care system,” he said.

Few primary care practices are designed for the timely detection of Alzheimer’s disease. The limited time that primary care clinicians have to spend with patients, the need to focus on the health problems that brought the patient to the clinic, and the stigma of dementia are the major reasons for lack of recognition of the condition, according to Dr. Boustani.

In addition, he notes, there is no demand from the public for dementia diagnoses, most likely driven by the stigma of dementia, lack of public knowledge about benefits of early recognition of Alzheimer’s, and issues related to health insurance coverage.

The first aspect of the Digital Detection of Dementia study is a clinical trial already underway in Indianapolis, enrolling patients seen in primary care clinics at federally qualified health centers affiliated with Eskenazi Health. The participants in this trial are expected to be predominantly people who are Black and reside in urban areas.

The second clinical trial of the study commences early in 2023 in Miami, Florida, at University of Miami primary care clinics. The participants are expected to be predominantly Hispanic and include a high percentage of rural residents.

Patients in all three arms will be followed for two consecutive years to determine how many new cases of Alzheimer’s disease are recognized and documented in patients’ electronic health records.

The 7,200 anticipated study participants (3,600 in Indiana and 3,600 in Florida) must be 65 years old or older, have had at least one visit to a primary care practice within the past year and be able to communicate in English or Spanish. Electronic health record data from at least the past three years must be available to be enrolled in the study. Individuals residing in a nursing home or with serious mental illness are not eligible.

“Passive digital markers are developed by using data from electronic health records,” said Zina Ben Miled, Ph.D., a Regenstrief Institute affiliated scientist and an IUPUI associate professor of electrical and computer engineering, who developed the passive digital marker tool along with Dr. Boustani. “The benefit of this approach is that the information has already been collected and requires no extra effort from the patient or the provider. Through machine learning algorithms and natural language processing, we can use this data to identify people who may be at risk for Alzheimer’s disease without the need for invasive and costly tests.”

“Through this project, we hope to prove that these approaches can be successfully implemented in the real world, leading to benefits for both patients and their families,” said cognitive neurologist James E. Galvin, M.D, MPH, a professor of neurology at the University of Miami’s Miller School of Medicine. “Combining a patient-reported outcome with a passive digital marker is an innovative and highly sensitive way to detect mild cognitive impairment, Alzheimer’s disease and related disorders, yet low burden to patients and clinicians for ease of use.” Dr. Galvin developed the patient-reported outcomes tool.

Both the passive digital marker tool and the patient-reported outcomes tool are low cost. The Digital Detection of Dementia study will confirm their suitability for use in primary care practices as well as their scalability.

It is estimated that the prevalence of dementia in primary care in the U.S. is about 6 percent of patients but only 2 percent of patients are recognized by the health care system as having the condition. The researchers believe use of their passive digital marker, possibly in tandem with the patient-reported outcomes tool, will potentially double the number of cases identified, improving the lives of more individuals living with dementia and their caregivers.