What does "leanest liveable weight" mean to you? This was the phrase recently used in an article on Gwyneth Paltrow's loopy Goop website. It prompted, in my mind, images of people suffering from starvation: be as thin as you can without actually being dead. 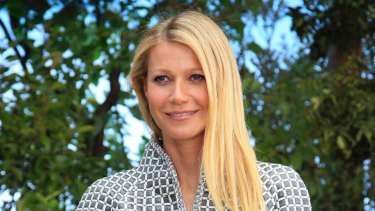 Others clearly felt the same and it has caused an uproar, with the scientific community blaming Goop for glorifying eating disorders.

Dr Traci Mann, the US psychologist who coined the phrase in her book Secrets from the Eating Lab, has insisted the article referred to "the leanest weight you can be without doing any strict dieting or unhealthy behaviour". But whatever the context, it has already fallen away.

I was reminded of Kate Moss's brilliant, if warped, statement from 2009: "Nothing tastes as good as skinny feels." We can argue the toss as to whether it was responsible and it also caused a stink at the time. But it had, at least, an air of wit and a ring of truth to anyone who has ever lost a few pounds and felt good. "Leanest liveable weight", however intended, just sounds sinister.

Some will have read it as an aspiration. I certainly would have done as a vulnerable woman in my teens and twenties, who believed that nothing but skin and bone would do. I contracted anorexia and bulimia aged 23. That was considered relatively late in those days, when eating disorders were associated pretty well exclusively with teenagers. I was largely shot of them by 28, but they left a mark. I am 55 now – my divorce is 10 years behind me; my children's school years are over, thank God, and all are happy and in work. I exercise, but not obsessively. I am careful about what I eat at home, but enjoy what I like when out. I have managed to pull off a fragile equilibrium and don't allow my old habits to rise up and thwart my life as they once did.

The power of the skinny aesthetic prevails long past youth. I often wonder why girls who look as though they are barely out of primary school are featured in fashion adverts for adult clothing. Is it any wonder that older women can't help yearning, despite knowing it's not rational, for their youthful figures?

It's also a control thing. Older women are facing all manner of stresses: divorce, infertility, anguished children, career dilemmas, ageing parents. The food on our plate – or lack of it – is one area over which we can exert some order, even if that "order" is very much disordered.

I have been startled to hear a triumphant note in the voices of elderly women, who have declared themselves "leaner than ever". One 80-year-old with cancer told me how happy she was to have lost several pounds. What? A friend's mother, 92, boasted that she had lost a stone since moving into a home. Jesus, will I still care at that age? Won't I be free by then? That's why phrases like "leanest liveable weight" worry me – they tap into something in the collective female DNA which, sadly it seems, is still with many of us until well into our 10th decade.