DR ELLIE CANNON: Should the GP have seen that my heart attack was imminent?

The nurse at my doctor’s surgery measured my blood pressure as 162/84, and, deciding it was high, advised me to take a monitor home and record some more readings to send back to them. Two days later, I had a massive heart attack. Should I have been sent to hospital for an immediate check-up?

High blood pressure ups the chances of having a heart attack and stroke. That’s why it’s considered a serious condition. There are no symptoms, so we routinely check patients’ blood pressure during appointments.

But we don’t diagnose high blood pressure, or hypertension, after a single reading, for good reason. Blood pressure fluctuates throughout the day, depending on what we’re doing, what we’ve eaten and how hydrated or stressed we are, among other things. And it’s almost always higher when taken in a medical setting, as patients feel nervous.

Typically, three separate measurements are taken in clinic and if all these are high, then patients are sent home with a monitor to take further readings over the next week. 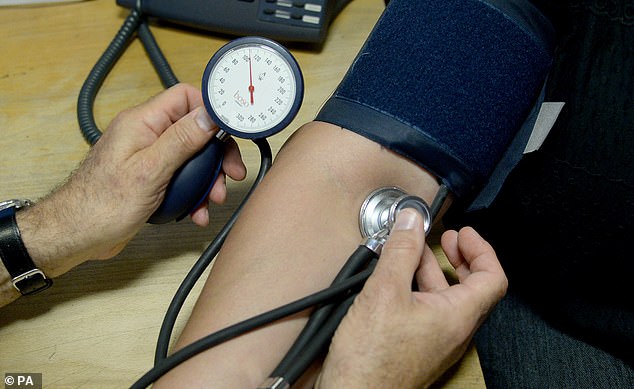 Today’s reader had their blood pressure tested three days before they suffered a heart attack. They have asked Dr Ellie whether this should have predicted the danger

If a pattern of high readings emerges, then we would say a patient has hypertension.

Rarely, blood pressure readings might be extremely high – possibly accompanied by chest pains or eye problems – and in these cases we’d suggest a patient was urgently admitted to hospital for treatment. But 162/84, while high, isn’t all that unusual. If this sort of reading was seen consistently, we’d offer medication to help bring it down. This can help reduce heart attack risk, but controlling blood pressure alone isn’t enough.

Cholesterol, blood sugar, genetics, age and lifestyle also play a role – and heart attacks usually occur as a result of many years of worsening health.

Despite this, patients commonly say a heart attack ‘came out of the blue’ because they didn’t feel particularly unwell beforehand. And despite best efforts to reduce risks, people still have heart attacks.

I had a major bout of shingles two years ago – it affected my face – and have been left struggling with chronic pain. I was prescribed painkillers, but they didn’t agree with me, so I’ve been looking into alternatives, including acupuncture. Do you have any recommendations along these lines?

Shingles is caused by the varicella zoster virus – the same virus that causes chickenpox. Most of us carry it harmlessly in our bodies after contracting it in childhood. For reasons not fully understood, the virus can reactivate, triggering a rash of blisters and pain.

More from Dr Ellie Cannon for The Mail on Sunday…

It’s more commonly seen in older people, which is why we offer over-70s a shingles vaccine, in order to reduce their risk of developing the condition. However, young people can develop it too.

The rash usually disappears after a week or two, but roughly a third of patients are left with long-term nerve pain, which we call post-herpetic neuralgia.

It is a horrible, debilitating condition – and the feeling is unlike any other. People often describe a burning, sharp pain, or even liken it to electric shocks.

Treatment is also difficult, as the specific medications we use, which target nerve pain, are well known to cause side effects.

Simpler painkillers such as paracetamol or codeine are likely to offer only mild relief.

Ongoing pain should warrant a referral to a specialist pain service to look at broader options. These may include psychological therapy and alternative therapies.

Aromatherapy or relaxation treatments could be valuable to offer comfort, and while doctors can’t prescribe or advise on the specifics of these, we would certainly recommend them. Relaxation is an important part of chronic pain management.

The Shingles Support Society has an information pack for surfers of neuralgia that includes many alternative ways of dealing with pain.

I have been suffering from lower back and hip pain for two months. My GP took a blood and urine sample, which showed raised protein levels. He said he wants to check again for myeloma, but says I have to wait three months for my next test. I am worried sick. Should I be?

Lower back pain is one of the most common problems GPs see in clinics. The cause is usually, as you might think, a problem with the back or spine.

However, it can sometimes be a sign of something more sinister.

Myeloma is a type of blood cancer. There are about 6,000 new cases a year in the UK, with a large proportion being diagnosed in those over 75.

Lower back pain, or bone pain higher up in the back, can be a symptom. Other symptoms include tiredness, weight loss and abdominal pain or muscle weakness.

If a doctor suspects myeloma, we would order very specific blood tests and urine tests as well as X-rays of the painful area.

If any of these things points toward cancer, we would make an urgent referral to a haematologist, within two weeks.

This would normally be done urgently rather than waiting.

Anybody who is unclear about the advice or treatment any doctor has offered should always go back and try to have a further conversation.

I was upset to hear that Professor Robert Winston, the fertility pioneer and one of our leading scientists, received terrible treatment from a 999 call handler as his wife Lira lay dying of a cardiac arrest last year.

The 81-year-old revealed in the Lords last week that the phone operator bombarded him with ‘time-wasting’ questions and failed to recognise that his wife, 72, had just seconds to live. Lord Winston suggested that the man ‘had not been trained to ask the right questions’.

Inappropriate conduct of 999 call handlers is something that The Mail on Sunday highlighted in 2017. After hearing Lord Winston’s story, I’m concerned these terrible problems may still be happening, but it wouldn’t surprise me given that ambulance services are under more strain than ever before.

Have you had a similar experience involving a 999 phone call? Please write and tell me. 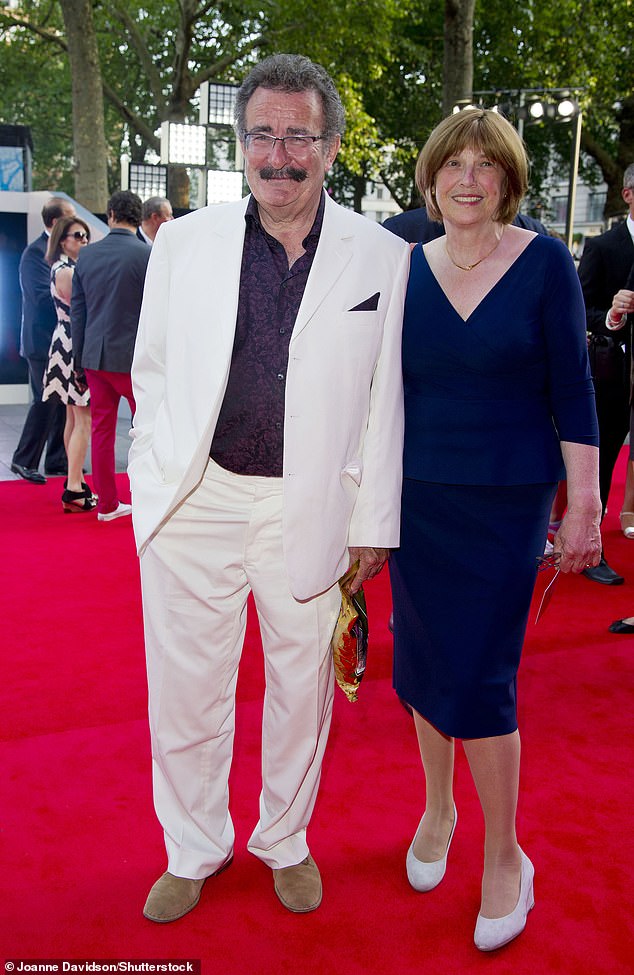 Robert Winston, pictured with his life Lira, spoke in the House of Lords last week about the ‘time wasting’ questions he was asked by a 999 call handler as his wife lay dying

Among the flurry of political resignations last week, I noted that MP Will Quince had quit.

I wrote about him a few weeks back, after discovering he was our Minister for Children and Families, responsible for advocating on behalf of young people with learning disabilities. It was a post he had held since September 2021, I was astonished to discover, as, despite working most days helping vulnerable families who visit my surgery for support, I’d never heard of him.

Parents of children with complex needs face severe difficulties trying to access housing, health support, financial help, and so on. It’s a harrowing picture, and one The Mail on Sunday has regularly reported on – but never once been contacted about by Will. I hope his successor will have more of an impact. It won’t be hard.