Petting zoos are considered a rite of passage for young children. Interacting with animals provides children with an educational and enriching opportunity to learn about other species, explore new textures, and develop a sense of empathy and compassion toward our furry friends.

According to the NIH, interacting with animals has also been shown to promote positive mental and physical health effects, such as lowered blood pressure, decreased cortisol levels, and mood-boosting.

Last week, however, a 2-year-old boy died after contracting the E. coli virus at a petting zoo at the San Diego County Fair. The County of San Diego Health and Human Services Agency subsequently reported that during the month of June, three additional children, ages 2-13, also exhibited symptoms of Shiga toxin-producing E. coli (STEC) following contact with the animals at the fair. 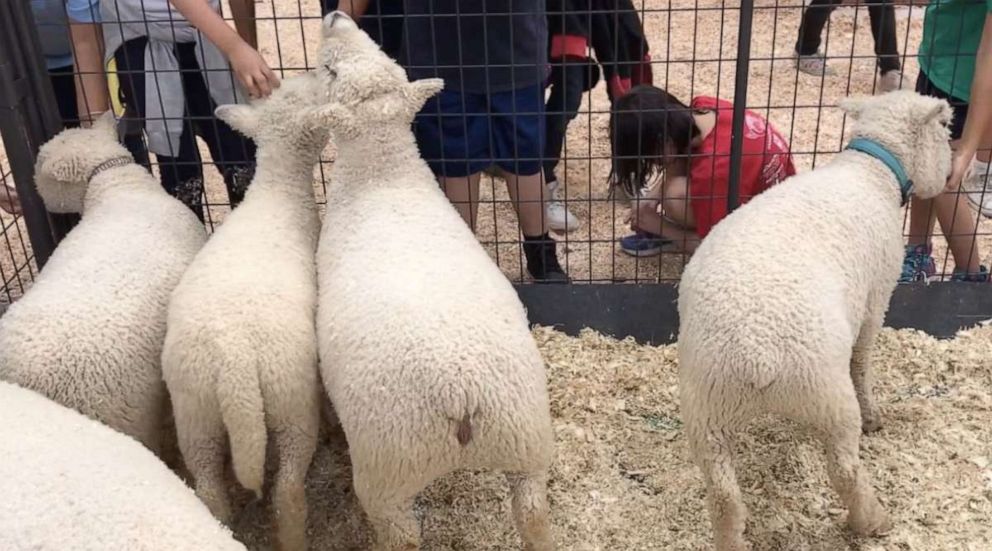 Here are some basic facts about E. coli:

E. coli is normally found in healthy people and animals.

E. coli, formally known as Escherichia coli, typically lives in the intestines of healthy people and animals, according to Mayo Clinic. Most strains of E. coli are harmless and even beneficial, but particular strains can be dangerous.

“Shiga toxin-producing E. coli, or STEC, can cause serious and even fatal disease,” Dr. John Williams, Chief of the Division of Pediatric Infectious Diseases at UPMC Children’s Hospital of Pittsburgh, told ABC News.

E. coli is one of the most common germs transmitted to people at animal exhibits.

From 2010-2015, about 100 outbreaks of illnesses linked to animals were reported in environments like petting zoos, according to the Centers for Disease Control and Prevention.

“The most common germs that can be transmitted from animals to humans are intestinal infections such as E. coli, Salmonella, Campylobacter,” and others, said Dr. Williams.

People that are not directly in contact with animals can also be exposed to E. coli.

E. coli infection can be contracted from contaminated water or from contaminated food such as ground beef, undercooked meat, unpasteurized milk or fresh produce. E. coli can also travel from person to person, especially when people don’t wash their hands properly.

The severity of symptoms from E. coli infection depends on many factors.

“Most E. coli infections are mild and cause diarrhea that resolves on its own,” Dr. Williams said, adding that symptoms usually clear up within three to seven days. Some strains like STEC E. coli can cause more severe symptoms like abdominal cramping, nausea, and vomiting. 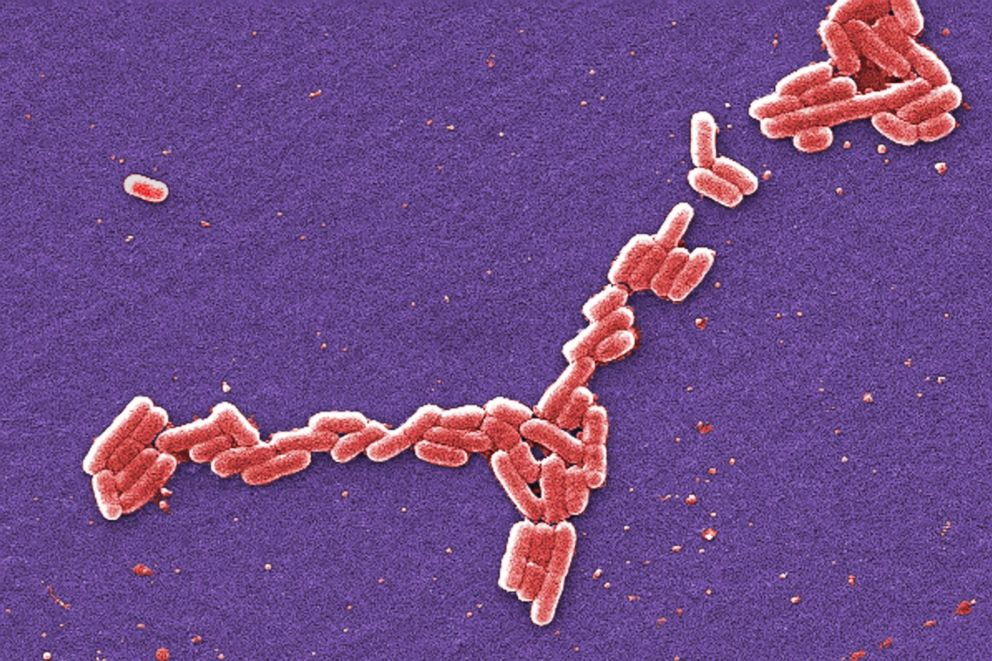 Some people are at higher risk of developing severe symptoms.

Young children and older adults, as well as people with weakened immune systems, are at a greater risk of experiencing more severe complications from infection such as hemolytic uremic syndrome (HUS). HUS is a type of kidney failure that “involves the blood and blood vessels and can be severe,” said Dr. Williams. He emphasizes that “these infections are rare, though, considering the number of children exposed to animals at farms, fairs, and petting zoos every year in the United States.” According to the CDC, HUS affects only 5-10% of people diagnosed with E. coli.

If you or a family member experiences particularly severe symptoms lasting more than a week, visit your primary care doctor and seek immediate care.

Parents shouldn’t be scared to take their kids to the petting zoo in light of recent news, emphasized Dr. Williams. He does, however, recommend that parents stay informed about the potential health risks in order to take preventive measures to safeguard their children’s health.

“The most important means of protection is hand hygiene, ideally washing hands thoroughly with soap and water after animal exposure,” Dr. Williams said. “Hand gel can be used if no soap and water are available.”

“Parents should supervise their kids around animals, especially young kids who tend to put everything in their mouth,” he added. 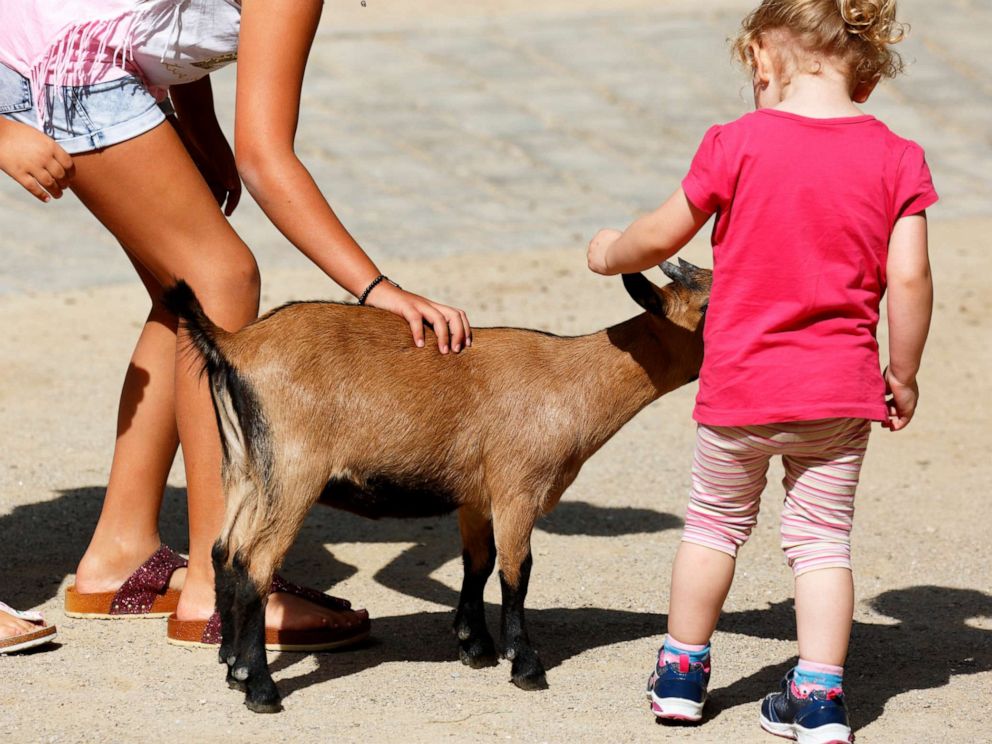 Here are some additional tips on how to protect yourself and your family from E. coli infection at an animal exhibit:

• Practice proper hygiene. Wash your hands with soap and running water immediately after touching an animal or anything in an area where animals live or eat. If running water and soap are unavailable, use an alcohol-based sanitizer containing 60% alcohol.

• Keep your food separate from all animal areas. “Children shouldn’t have food or drink when they are around the animals, because the germs get into the body through the mouth,” said Dr. Williams.

• Supervise children around animals. Do not allow children to put their thumbs or fingers or other objects in their mouths when they’re around the animals, or let them play on the ground. Leave all strollers, toys and pacifiers outside the exhibit to minimize potential exposure.

• Take extra precautions for people at higher risk. Children 5 years of age and younger should not have contact with reptiles, amphibians or live poultry.

For illness caused by E. coli, most treatment options include rest and fluids to prevent dehydration and fatigue. You should avoid taking an anti-diarrheal medication because this will prevent your body from excreting toxins. If symptoms persist, you should seek medical attention immediately. If a serious E. coli infection causes hemolytic uremic syndrome, you will need to be hospitalized to receive supportive care.

Eden David is a rising senior at Columbia University majoring in neuroscience, matriculating into medical school in 2020 and working for ABC News’ Medical Unit.