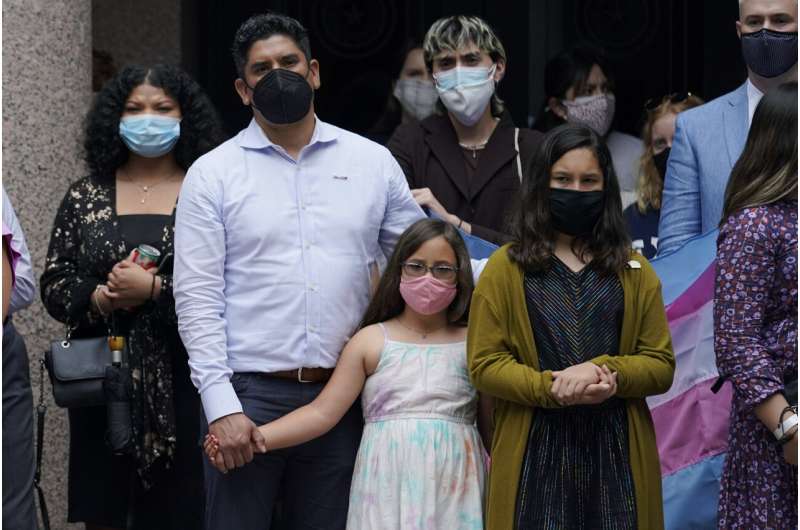 Children who begin identifying as transgender at a young age tend to retain that identity at least for several years, a study published Wednesday suggests.

The research involved 317 youngsters who were 3 to 12 years old when they were recruited to the study. Five years later, at the study’s end, 94% were living as transgender and almost two-thirds were using either puberty-blocking medication or sex hormones to medically transition.

Most children in the study were from white, high-income families who supported their transitions. On average, the kids began identifying as transgender at around age 6.

It’s unknown whether similar results would be found among youngsters from less advantaged backgrounds or those who begin identifying as transgender as teenagers. The study was published online in Pediatrics.

Politicians seeking to outlaw or criminalize medical treatment for transgender youth have cited evidence suggesting many change children their minds or “retransition.”

Some doctors say that’s why transgender medication or surgery shouldn’t be offered until affected kids reach adulthood, but rigorous research on the numbers is lacking. The Pediatrics study is one of the largest to look at the issue, although not all kids had started treatment and none had transgender surgery.

“If you’re in the trenches doing this work day-in and day-out with trans kiddos and their families, this is what we see,” said Williams, who was not involved in the study. “A majority of transgender youth and kids who make a social transition remain living in their affirmed gender.”

Families were recruited to participate in the study from social media groups for trans kids, camps, conferences and word of mouth in about 40 states.

Kristina Olson, a Princeton University psychologist who led the study, said a few of the children transitioned back briefly during the study but by the end, most had returned to a transgender identity.

She noted that when the study began, in 2013, “nonbinary” wasn’t a common term and the children studied used male or female pronouns. That may change as the researchers follow them through their teen years. The youngsters were around age 12 on average when the study ended.

The Society for Evidence-Based Gender Medicine, a nonprofit group of health professionals who are concerned about medical transition risks for minors, said other evidence shows high numbers of kids outgrow transgender identities by puberty or adulthood. Some researchers point to flaws in that data.