Anonymity of egg and sperm donors can no longer be guaranteed due to the rising popularity of DNA home-testing kits, experts warn

Anonymity for egg and sperm donors can no longer be guaranteed due to the rising popularity of DNA testing kits, experts have warned.

UK adults who donate sperm and eggs have not had the right to remain anonymous since a law change in 2005.

But even those who donated before the ruling can now be easily found, the Human Fertilisation and Embryology Authority said.

DNA kits, which cost around £50, can offer geographic heritage and even names on a database for lost family members.

Growing numbers are using the kits – and ancestry websites – to track down their biological parents, the HFEA added. 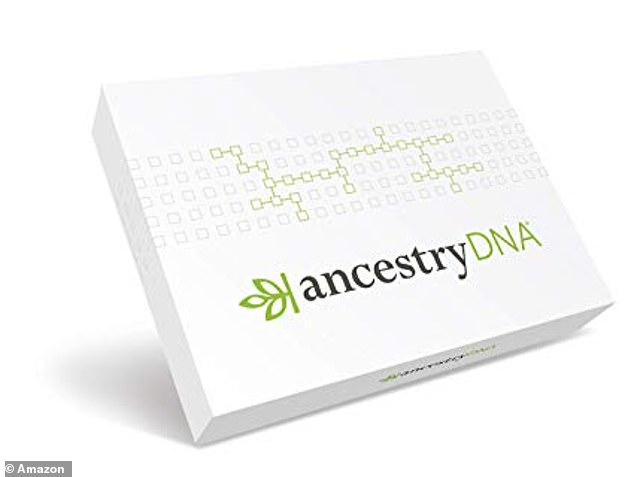 The body has urged donors to consider waiving their anonymity to avoid emotional distress should a biological child contact them.

Genealogy sites, such as AncestryDNA with a global network of 15billion members, connects people through their DNA.

Information can help people identify relationships with unknown relatives, even if that person has not taken the test themselves.

A simple spit test has the ability to dismantle a family story, with rare cases of people finding out they were donor-conceived by accident.

The fertility charity the Progress Educational Trust predict around 100million people will have used one by 2021.

It believes a support system needs to be set up for anyone affected by the rise in home DNA testing, the BBC reports.

Sarah Norcross, director of the charity, said: ‘This is a wake-up call for everyone involved in donor conception.

‘There can be no more donor secrets. What is needed now is appropriate and adequate support for all affected.’

Andy Waters has fathered up to 110 children after donating his sperm, several of whom have tracked him down through ancestry websites.

Two children have found him in the past year, and he recently met up with a son, who traced him using AncestryDNA.

‘The genie is out of the bottle,’ the 54-year-old, from Hemel Hempstead, told the BBC. ‘Donor anonymity is dead.

‘Because of these websites, it no longer matters whether you as an individual choose to join in. If your relatives do, genetic matches to you can be identified.’

Mr Waters started donating sperm as a 19-year-old student. He went on to raise two children of his own.

It made him consider how important it may be for his children to contact him – and he has now put his details on the donor-conceived register so that his other children could find him if they wanted to.

He said: ‘It is time to tell our kids where they come from, before they find out themselves, and hate us for it. The later we leave it, the more distress and anger it causes.’

The HFEA told BBC Radio 5 Live it had seen a 200 per increase in the number of people requesting information on their biological parents since 2010.

ARE SPERM AND EGG DONORS ANONYMOUS?

If a person donated after 1 April 2005, children conceived from those eggs or sperm will be able to find out who they are biologically related to when they reach 16 and 18 years of age.

The donor will have to provide information at the time of your donation.

Anyone conceived from a donation at a clinic licensed by the Human Fertilisation and Embryology Authority between 1 August 1991 and 31 March 2005 has a legal right to find out about their genetic origins.

They can’t, however, get any information that would identify the donor, such as their name or address.

At 16 years of age, they can find out information such as their donors occupation, religion, ethnicity and basic description.

Because of this, the HFEA has made it possible for donors to remove their anonymity from its register.

It is also asking clinics to highlight the risks of being found through ancestry websites and DNA kits to donors.

Sally Cheshire, chair of the HFEA, said: ‘The recent rise in the number of people using DNA testing websites to trace their ancestry means that more people may inadvertently find out that they were conceived through a donor.

‘We are talking to these companies about making sure they provide clear information on their websites about the potential risks of using their DNA matching services and that they signpost their users to appropriate support.’

A survey in June this year revealed a third of people conceived using a sperm or egg donor are discovering the truth from DNA-testing websites.

Support group We Are Donor Conceived, which surveyed 312 people, found that 37 per cent found out after using a genealogy site.

By the start of 2019, more than 26million consumers had added their DNA to four leading commercial ancestry and health databases, according to estimates by MIT Technology.

More than 4million people in Britain are believed to be signed up and about 3,500 children a year are born from donated sperm and eggs.

From 2023, due to the 2005 law change, those who turn 18 will be able to find out the name and recent address of their donor-parent.

It has previously said in a statement: ‘We take our responsibility towards our customers – and the potential impact of complex discoveries – very seriously.

‘Ancestry works hard to help our customers understand that some of what they learn about themselves might be unexpected.’

DNA, or deoxyribonucleic acid, is a complex chemical in almost all organisms that carries genetic information.

It is located in chromosomes the cell nucleus and almost every cell in a person’s body has the same DNA.

It is composed of four chemical bases: adenine (A), guanine (G), cytosine (C), and thymine (T).

Human DNA consists of three billion bases and more than 99 per cent of those are the same in all people.

The order of the bases determines what information is available for maintaining an organism (similar to the way in which letters of the alphabet form sentences).

The DNA bases pair up with each other and also attach to a sugar molecule and phosphate molecule, combining to form a nucleotide.

These nucleotides are arranged in two long strands that form a spiral called a double helix.

The double helix looks like a ladder with the base pairs forming the rungs and the sugar and phosphate molecules forming vertical sidepieces.

A new form of DNA was recently discovered inside living human cells for the first time.

Named i-motif, the form looks like a twisted ‘knot’ of DNA rather than the well-known double helix.

It is unclear what the function of the i-motif is, but experts believe it could be for ‘reading’ DNA sequences and converting them into useful substances.

Source: US National Library of Medicine