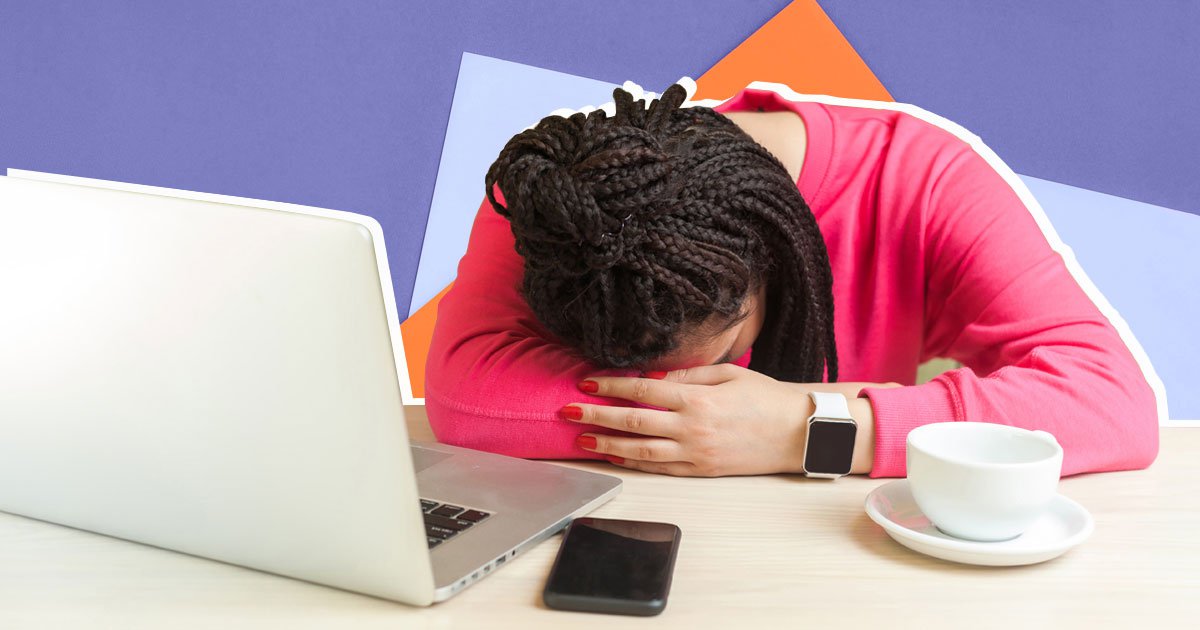 Energy and fuel prices are sky high, food prices are expected to reach ‘apocalyptic’ levels, and inflation recently reached another 30-year high of 7%.

The real life impact of this is millions of people struggling to afford food, single parents having to choose between heating their home or paying their rent and 20-year-olds working two jobs and still not earning enough to get by.

In an interview with Sky News, she said: ‘Over the long-term we need to have a plan to grow the economy and make sure that people are able to protect themselves better, whether that is by taking on more hours or moving to a better-paid job.’

However, a survey by Avon, published in March, found that a third of Brits already had taken on longer hours, or were looking to secure additional income in light of the cost of living crisis.

Not to mention, recent figures from the LifeSearch Health, Wealth and Happiness 2022 Index found that people are working an average of 6.7 more hours per week than they were in 2019, with 26% suggesting this is because they need the money.

Louisa, 38, from Hampshire, is one of these people.

In the hopes of saving for a mortgage, Louisa gradually took on three jobs – two office-based roles and one in a warehouse.

‘I’ve spent weeks and weeks now constantly tired, working from 8.30am to 9pm, racing from one job to the next, switching between work laptops, changing out of office gear into warehouse gear.

‘Whether I work from home or in the office, I have to finish one job, change uniforms, catch a train and go to the second job.

‘I finish my day around 9pm and travel home to eat, sleep and literally repeat – I am tired!’

This has impacted Louisa’s mental health: ‘More often than not very recently I have felt anxious and overwhelmed at work and in my relationship,’ she says.

‘I’ve taken comments to heart and got upset, sometimes feeling like I’m not good enough. On a couple of occasions in the past week I’ve had full-on meltdowns and ugly-cried.

‘My friends are concerned for me and at the weekend I completed a self-assessment form to look into therapy to help with my anxiety.’

Louisa’s experience is not uncommon – in fact, the negative health implications of working long hours and multiple jobs are well documented, with studies suggesting that people who work multiple jobs are likely to have a higher rate of depression as well as work-family conflicts.

Another study linked working long hours to increased likelihood of heart disease, diabetes, and fatigue, as well as depression, anxiety and suicidal ideation.

As UK Council for Psychotherapy (UKCP) Psychotherapist and Counsellor, Tamara Sears explains: ‘Long work hours, with no respite takes a serious toll on the mind and body.

‘Productivity plummets with tiredness and the body struggles for long periods of time.

‘The body can sustain short bursts of longer hours, as adrenaline kicks in, which can help you in preparation of a big presentation for example, but when these long ​constant hours become the norm, it can lead to burnout and signs of chronic stress upon your physical and mental health.’

After juggling three jobs all while studying at university, Pearl, 23, experienced severe burnout.

‘I just woke up one day and didn’t open my curtains, didn’t take a shower, didn’t speak to anyone or leave my apartment for days,’ she tells Metro.co.uk.

‘I wasn’t eating and no one saw me outside for two to three weeks. Everyone assumed I was out of town because of how I seemingly disappeared.

‘Everything felt meaningless and I had no desire or strength to do anything.’

Living in an expensive university city, working three jobs is what helped Pearl to sustain herself financially.

But, eventually, she found that working so much was having a knock on effect on her self-esteem.

‘Mentally, I got to a place in my mind where I could only feel proud of myself if I worked myself to the bone,’ she says.

‘I felt empowered at first like I was grabbing life by the horns and taking charge of my own life.’

But, over time, the negative effects started creeping in: ‘I started to notice that I wasn’t sleeping enough, I had chronic back pain, and I was mentally exhausted.’

This went on for three years but, thankfully, with the help of therapy and the decision to work less, Pearl is in a much better place.

However, says Tamara, burnout can have lasting effects.

‘These include troubled sleeping patterns, relationship issues, high blood pressure, vision issues, teeth decay from grinding as well as back, neck and leg problems from muscle tension,’ she tells Metro.co.uk.

If nothing else, Pearl and Louisa’s experiences go to show that the solution to the cost of living crisis isn’t as simple as ‘working more hours.’