An obesity expert is calling for greater regulation of weight loss programs, warning that the "anecdata" used to market such plans is seeing Australians diet themselves larger.

Dr Nicholas Fuller, director of the clinical obesity program at the University of Sydney's Charles Perkins Centre, has suggested a star-rating system for weight loss programs and products, including meal replacements and food delivery services, available online to be accessed by both patients and health professionals. 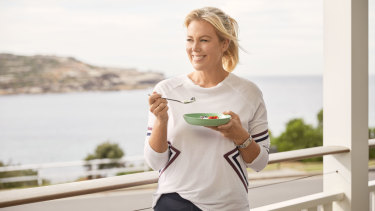 "When you get into the weight loss field, there's no regulation," Dr Fuller said, noting meal replacements and diet programs are not covered by the TGA. "Everyone is a so-called expert these days and you have everyone from social media sensations, celebrity chefs, celebrity fitness trainers, and even Bachelor and Bachelorette people who are bringing out their programs; they're not actually helping people."

Weight loss programs are often advertised using individual case studies (such as "before and after" pictures), but Dr Fuller said very few have been subjected to any sort of clinical trial.

"They market through 'anecdata'," Dr Fuller said. "But people buy into it and they trust in it. If a person can go to an online platform and see that something is only one-star … you're going to start steering people towards better weight loss methods." 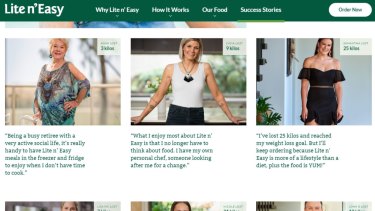 Head of nutrition at Lite n Easy, Maryl-Ann Marshall, said the meal program did not keep any data on customers' weight loss.

"We leave it up to them to track their own success," she said, adding that their standard 1200 calorie meal plan contains five serves of vegetables and two serves of fruit.

However, this standard plan can contain up to 2000 mg of sodium, more than double the National Health and Medical Research Council's adequate daily intake.

Former Bachelor Sam Wood, whose 28 By Sam Wood fitness program has attracted 150,000 participants since it was founded in 2016, said he would "absolutely" welcome greater regulation of the industry, noting his program was "carefully developed by a qualified team of nutritionists and a chef".

"The amount of people that I work with on a daily basis that have been sold information and products that simply don’t work is ridiculous," he said. "Fat burners, diet shakes and the like are absolute garbage and they should be regulated." 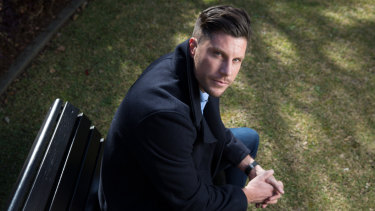 Sam Wood says the number of nutritional products available that do not work is “ridiculous”.Credit:Janie Barrett

Research involving people with obesity and doctors from 11 countries (including Australia) presented at the European Congress on Obesity last month found doctors underestimate the extent to which people pursue losing weight on their own: while 81 per cent of patients report having made a serious weight loss effort, doctors estimate this number is only 35 per cent.

In addition, Dr Fuller, who said he would be said health professionals "have no idea where to refer people to", with doctors often leaving the decision about how to lose weight up to the patient.

"What we can do now, and be seen as leaders in the globe, is regulate this industry in a way that makes the current programs available transparent."

Melanie McGrice, accredited practicing dietitian and spokesperson for the Dietitians Association of Australia, said she would like to see "greater transparency" in the advertising of weight loss programs.

Even Bachelor and Bachelorette people who are bringing out their programs; they're not actually helping people.

"There are certainly programs out there that aren't nutritionally complete, and can do more harm than good," she said, recommending a person speaks with a dietitian before undertaking a weight loss program.

Ms McGrice was a member of the now defunct Weight Management Council of Australia. Prior to its deregistration as a company last year, the council evaluated weight loss programs in line with a code of conduct.

However, she said this system was largely ineffective, with few programs volunteering to be rated "because there weren't a lot that actually met the criteria".

For Dr Fuller – who would be happy to subject his own diet book, Interval Weight Loss, to the regulation he proposes – it is concerning that these weight loss programs are often taken on by people who did not have a weight problem to begin with. He said he has seen the biggest problem in the young, particularly young women.

The Australian Bureau of Statistics’ 2017-18 National Health Survey showed 67 per cent of Australian adults were overweight or obese, an increase from 63.4 per cent in 2014-15.

"The more people buy into dieting programs, the bigger they become," Dr Fuller said. "That's why the government needs to do something about this if they want to kerb the obesity epidemic."