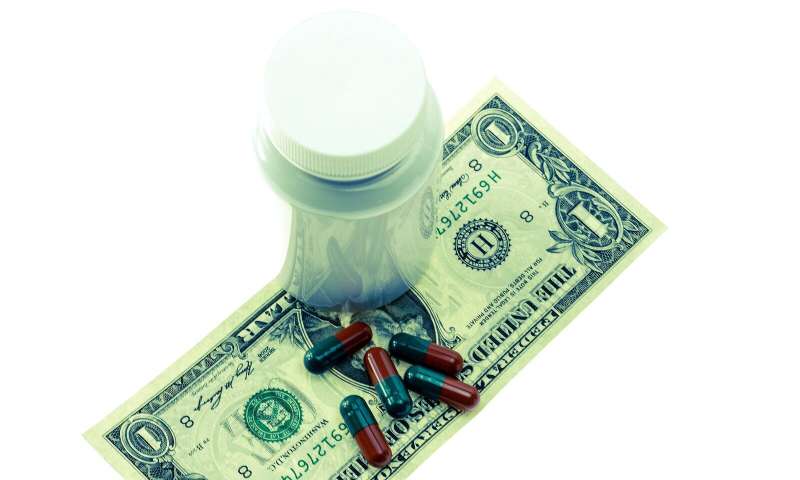 Financially burdened families’ savings get a shot in the arm with access to Medicaid, according to a new study from CU Boulder, the Federal Reserve Bank of St. Louis, Washington University in St. Louis and Diego Portales University in Chile.

The paper appears in the upcoming edition of the Journal of Financial Economics.

It found a family with little income, too many bills and no health insurance has little incentive or ability to save money. An unexpected medical bill, for example, could send them into bankruptcy, and any savings would be taken by their creditors. But put that family on Medicaid, the government’s health coverage for the poor, and their calculation changes—Researchers found they start to save.

“Getting Medicaid eases the money squeeze and lessens the worry. Suddenly, a trip to the emergency room doesn’t mean a trip to bankruptcy court. They see a chance to get a little ahead,” said Emily Gallagher, lead author and assistant professor of finance at CU Boulder’s Leeds School of Business.

“Getting a little savings in the bank is vital as families try to dig themselves out of poverty,” says Gallagher, who is also a fellow at the St. Louis Fed’s Center for Household Financial Stability. “It means that the next car breakdown doesn’t send you to the payday loan store, which digs you deeper into the hole.”

“An extra $102 in refund savings may not sound like a lot,” said Jorge Sabat, a co-author and an assistant professor of finance at Diego Portales University in Chile. “But it is actually large relative to the effect sizes of interventions that are explicitly designed to get low-income households saving.”

One example is that tax preparation software providers use the tax filer’s savings account as the default option when asking where to send their refund.

“It turns out, that for some households, Medicaid is a comparatively effective savings ‘nudge,'” Sabat said.

The study builds on previous research indicating that families without health insurance use bankruptcy as a sort of high-deductible insurance plan. When they run up big medical bills, they go bankrupt. Their bills, and any savings above their state’s bankruptcy exemption limit, are erased.

This new study found stressed families were less likely to save their refunds in states with low bankruptcy exemptions, where the bankruptcy court gets to keep more of their assets. But, given access to Medicaid, those same households reported a higher savings rate. The study showed Medicaid had three times the positive effect on the refund savings rate of financially stressed households in states where the bankruptcy exemptions are higher as compared to in states with a lower cost.

The research also found that low-income families that are further from contemplating bankruptcy are actively saving for future uninsured health shocks. With access to Medicaid, they limit what the researchers call “precautionary savings behavior.”