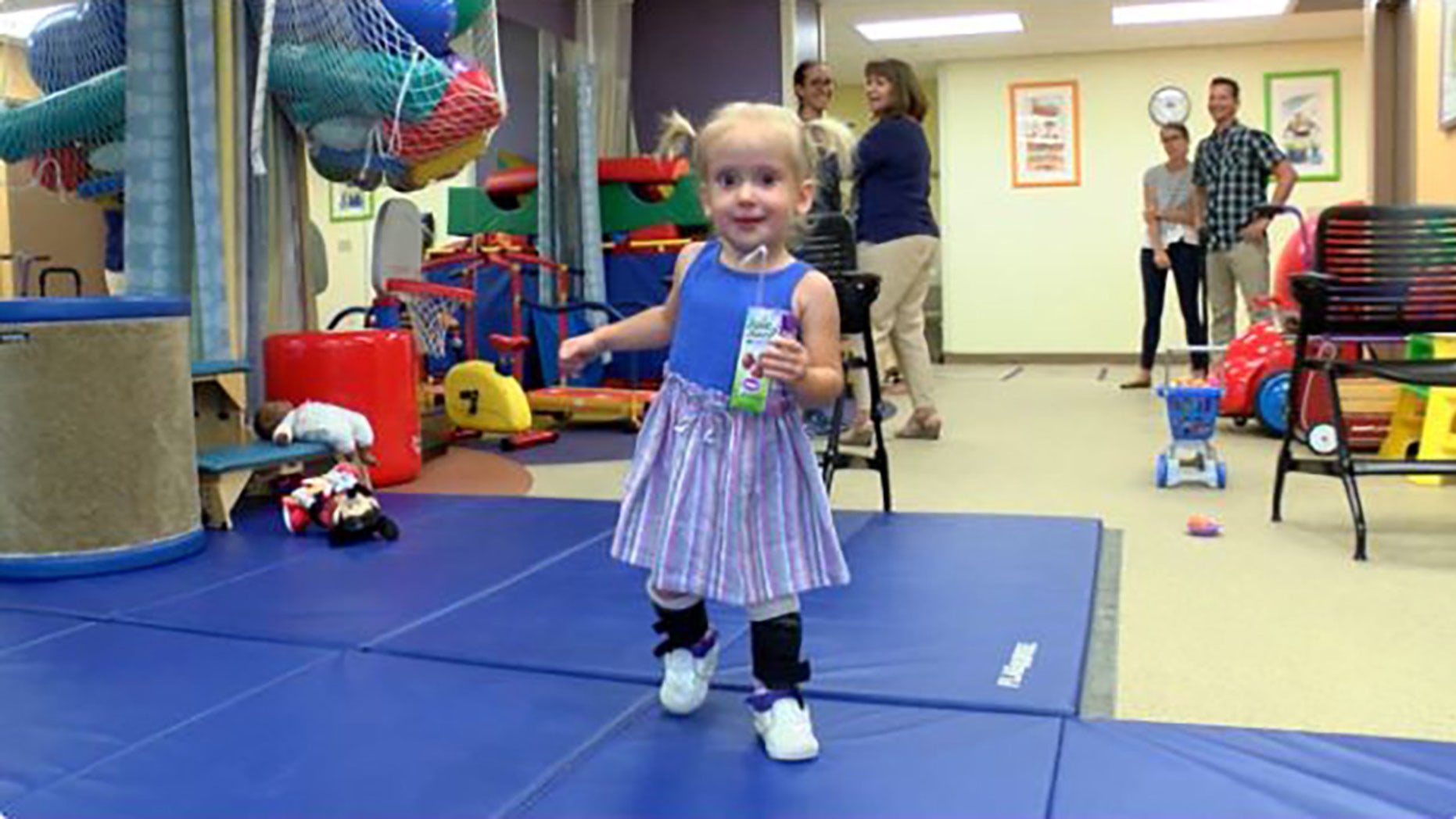 Two-year-old Harper Comparin, who has spina bifida, is stepping along to the tune of  "Baby Shark" as she undergoes pediatric rehabilitation at Johns Hopkins All Children’s Hospital in St. Petersburg, Fla.

The toddler has severe spina bifida, a type of neural tube defect that prevents the spine from forming properly. In the most severe cases of spina bifida, people can be paralyzed or unable to walk or move their body, according to the Centers for Disease Control and Prevention.

Dr. Michelle Schultz said she knew she had to use some improvisation and outside-the-box thinking to help get Harper’s confidence back up after she had undergone several surgeries for her condition.  “That was a big barrier we really had to cross at first, to regain her trust,” Schultz told WFTS-TV.

The “Baby Shark” song produced by the South Korean children’s educational brand, Pink Fong, has over 2 million views on Youtube. The repetitive beat played an impactful role in helping Harper regain her abilities, the doctor said.

“I like the tune of that song,” said Schultz, describing how she sings “Baby Shark” to help Harper establish a set pace on a small treadmill. “I use it like a metronome. I want her to walk to that beat. Doo doo doo! Pick up her speed, walk faster.”

Parents Fred and Erica Comparin were also amazed at how outgoing their daughter has become compared to when she first began rehab.

“When I first saw her taking 5,6,7 steps across the room, I was like ‘Are you serious?’” her father Fred Comparin said. “She’ll now just walk up to total strangers and just say, ‘Hi!’”

Harper now smiles more, can play and tumble with her older brother Kellen and even began to talk, her parents said. Shultz is continuing Harper’s therapy, “shopping” with her using play toys so that the toddler will develop other motor skills besides walking and standing.