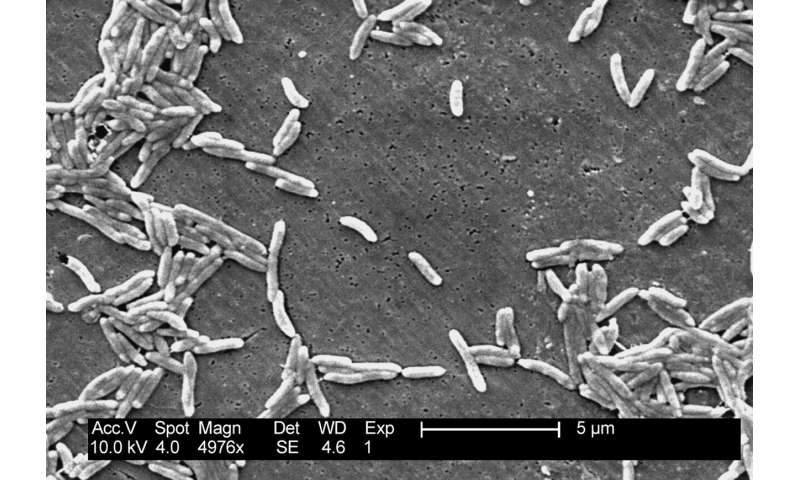 The Centers for Disease Control and Prevention said in a report Thursday that the frequency of several types of food poisoning infections climbed last year, but that the increases could be the result of new diagnostic tools that help identify more cases.

Rob Tauxe, director of the agency’s foodborne illness division, said the figures show more needs to be done to make food safer. He noted the two most common causes of infection have been longtime problems.

One of the two, salmonella, can come from an array of foods including vegetables, chicken, eggs, beef and pork. The other germ, campylobacter , is commonly tied to chicken. People may not hear as much about it because health officials often can’t group cases into outbreaks. Both bacteria are spread through animal feces.

“For some reason, campylobacter is making people sick with lots of different fingerprints,” Tauxe said.

The report is based on monitoring in 10 states, but is seen as an indicator of national trends. It highlights the difficulty in understanding food poisoning when so many cases go unreported, diagnostic methods are inconsistent, and production practices and eating habits are constantly changing.

With chicken, for instance, companies have brought down salmonella rates in raw whole carcasses since the government began publishing test results of individual plants. But the U.S. Department of Agriculture only recently began posting similar data for raw chicken parts like breasts and legs, which Americans have gravitated toward over the years.

Last year, the agency said 22 percent of production plants did not meet its standard for limiting salmonella in chicken parts. The USDA said in a statement that it’s working to improve its approach to fighting bacteria, including with the publication of such data.

Despite such efforts, salmonella and campylobacter are allowed in raw poultry sold in supermarkets, noted Tony Corbo of Food and Water Watch, an advocacy group that supports stricter food safety regulations. It’s why health experts advise people to properly handle and cook poultry.

“There is very little the USDA can do besides posting the report card on salmonella,” he said.

The National Chicken Council says the industry has been working to bring down contamination rates, including through germ-killing solutions sprayed on raw chicken during processing, improved sanitation and increased use of vaccines. But the group says the bacteria are endemic in chickens and that eliminating them is difficult.

The Food and Drug Administration, which oversees fruits and vegetables, said in a statement that a recently developed test is helping it detect the parasite in produce. The agency is also implementing new regulations for produce, though food safety experts note the inherent risk with fruits and vegetables that are grown in open fields and eaten raw.