When Rob Deutsch, founder of fitness giant F45, exited the company in 2019 ahead of its listing on the stock market, he was planning to retire in Queensland and maybe travel the world for a couple of years.

Then COVID hit and his plans were dashed. His fiancé, Nicole, gave birth to their son in 2020, and suddenly he found his house overrun with baby stuff. 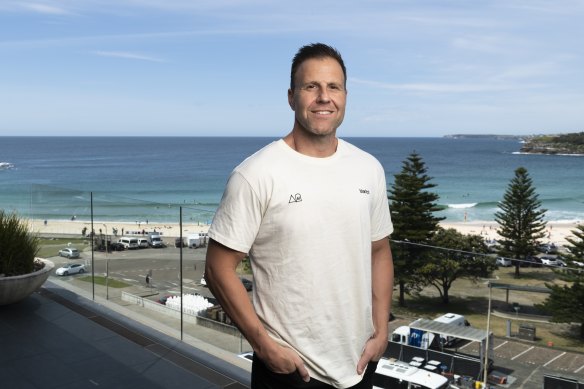 “I was sitting around the house not doing a lot, and the amount of baby stuff was accumulating and accumulating,” Deutsch says. “One day I was just like, Nicole, can you just literally get this shit out of the house? It’s just a f—ing pig sty.”

While they were decluttering, he wondered what to do with all of it.

By some estimates, about 27 million toys and 183 million items of kids’ clothing end up in landfill each year in Australia.

Deutsch didn’t want to throw it away, but he also didn’t feel comfortable putting it on the existing marketplaces.

“People come to your house, they need to get your number, they get your details, they’ve got your address,” he says recounting an experience Nicole had where strangers looking to buy her couch tried to strike up a friendship and kept messaging to “hang out”.

“There was nothing in terms of a really safe, efficient marketplace for babies’ goods,” Deutsch says.

“I think COVID has just changed the way people like to do things. No one really wants to go to a random’s house and exchange their photos. There’s all this data security and data privacy and COVID issues. And then there’s also the kind of rorting issue. So it’s not getting what you expected. That’s obviously one major problem.” 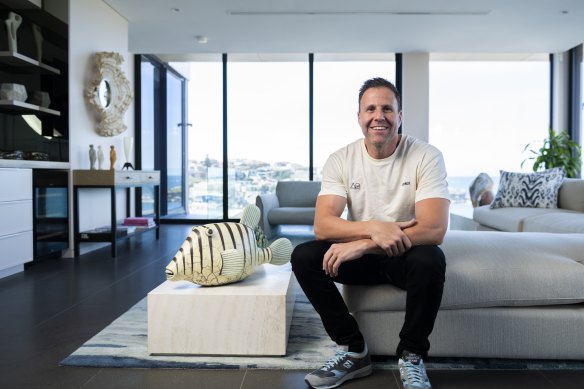 And so Markot, which launches Australia-wide on November 20, was born. It has, Deutsch admits “morphed into quite a beast” with eight full-time staff, and a 1600 square metre warehouse.

The idea is that when someone wants to sell a pre-loved item, via the Markot app, it is collected by a middle-man, taken to the Markot warehouse where it is quality-checked and sanitised before being packaged up and sent to the buyer.

“There’s this big middle step that’s pretty powerful, which is us checking everything, sanitising everything, and making sure it’s legit. And then we send it on to the eventual, the purchaser.”

While this means the buyer pays a premium, it means no personal details are shared and there are quality assurances, Deutsch says.

“And there’s this beautiful circular economy. I thought, what a beautiful thing to be able to do with babies’ goods… And the other thing was also the thought of why should someone who’s less financially secure than myself not have the Bugaboo pram and not have all the bells and whistles for their kid?”

Although babies are Deutsch’s current calling, and his second child is due in March, he is not yet finished with the fitness industry.

His exit from F45 was “bittersweet”.

“It wasn’t the fairy tale ending that I kind of anticipated,” he says, explaining that he didn’t want the company to be listed. “But now obviously it was definitely the right decision.”

Still, when his non-compete runs out in six months’ time, he has his eye on the prize again.

“I’d love to do something in fitness again,” he says. “There are definitely a lot of options and things I’ve been thinking about and some new stuff that doesn’t quite exist.”