Statins: How the drug prevents heart attacks and strokes

Statins can help ward off the threat of heart disease by reducing the production of cholesterol inside the liver. The cholesterol-lowering drugs have doubtlessly saved millions of lives but their effects are not entirely benign. Statins do not mix well with grapefruit juice. Mixing the two can be perilous.

Harvard Health explains: “Certain classes of drugs — most notably statins — are metabolised (broken down) in your intestines by an enzyme called CYP3A, which normally reduces the amount of drug that enters your bloodstream.

“Grapefruit juice contains compounds called furanocoumarins that stop CYP3A from doing its job. As a result, more of the drug is absorbed, making it more powerful than it’s meant to be — even toxic in some cases.”

It’s worth noting that not all statins are affected equally by grapefruit juice, so grapefruit fans might want to switch to a statin that’s less affected.

Grapefruit juice has the biggest effect on the following statins: 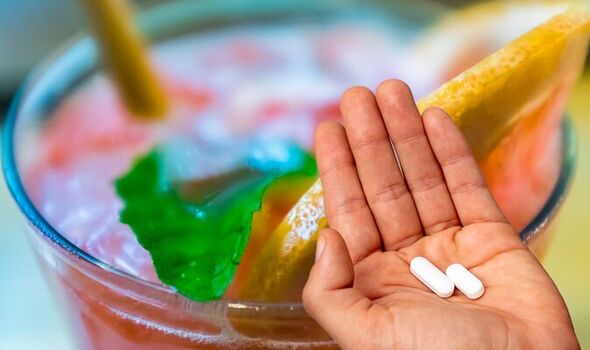 Currently, healthcare professionals advise it is safe to drink grapefruit juice and eat grapefruit if you’re taking other types of statins, notes the NHS.

“That’s because the studies showing dangerous effects used massive amounts of furanocoumarins, the amount found in a quart or more of the juice,” explains Harvard Health.

It adds: “What’s more, eating half a grapefruit is even less risky than drinking grapefruit juice, since it takes several fruits to make a single glass of juice.”

“The doctor will also ask you how much alcohol you drink before prescribing statins,” explains the NHS.

According to the health body, people who regularly drink large amounts of alcohol are at increased risk of getting more serious side effects.

“If you’re prescribed a statin, you may be able to continue drinking alcohol.”

However, you should not drink more than 14 units of alcohol a week – this the recommended UK guidelines. 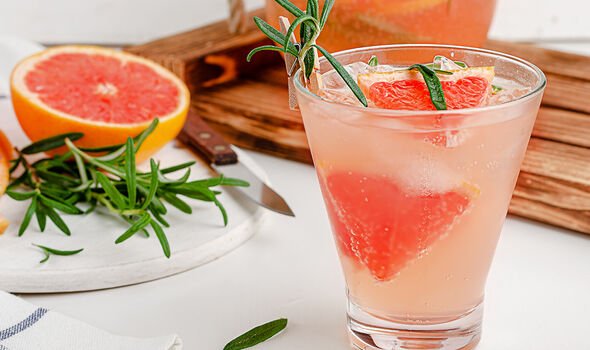 14 units is equivalent to six pints of average-strength beer or 10 small glasses of lower-strength wine.

You can lower your cholesterol by eating healthily and getting more exercise.

According to the British Heart Foundation (BHF), things that cause high cholesterol you can control include:

“Smoking can lead to high cholesterol levels, and the build-up of tar it causes in your arteries makes it easier for cholesterol to stick to your artery walls,” warns the BHF. 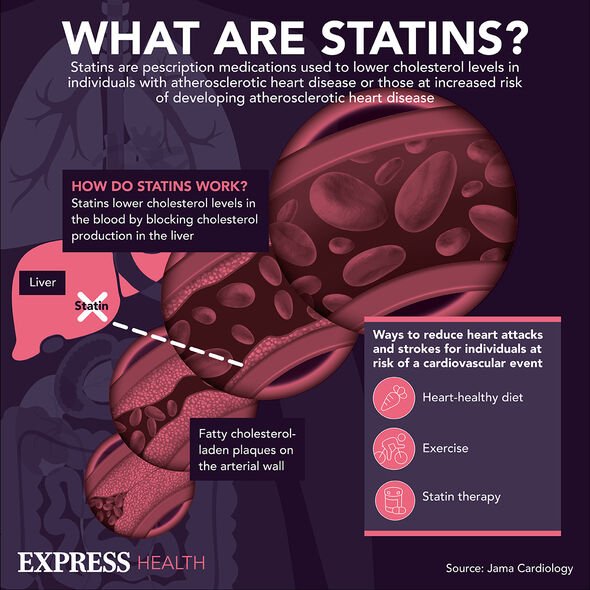 If you are overweight or have diabetes, you are at greater risk of having high cholesterol, notes the health body.

Type 2 diabetes is a common condition that causes the level of sugar (glucose) in the blood to become too high.

Reporting side effects of statins

The Yellow Card Scheme allows you to report suspected side effects from any type of medicine you’re taking.