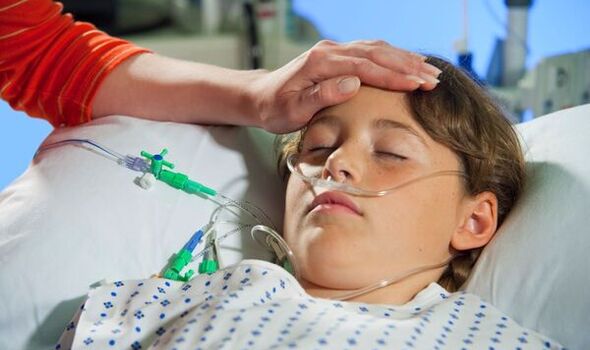 Health officials are advising parents to get their children vaccinated against flu after it emerged that some children under five have already needed intensive care in hospital.

The UK Health Security Agency (UKHSA) is reminding them that all two and three-year-olds can have a flu nasal spray vaccine.

Figures show that more than three (3.19) in every 100,000 children under four years old have been hospitalised because of flu. The hospitalisation rate is second highest among those 85 years old and over, at 2.48 per 100,000.

Dr Conall Watson, the UKHSA’s consultant epidemiologist said: “Hospital admission rates for flu have increased in recent weeks and remain highest in those under five.

“Already this year a small number of young children have needed intensive care. Please book your pre-schooler in for a flu vaccine at your GP surgery as soon as you can.

“Flu nasal spray vaccine is also currently being offered to all primary school children and will be available for some secondary school years later this season.”

As well as the flu season starting early, another common winter virus called RSV is also on the rise in young children. It can cause chest infections and can be particularly severe in the under-twos, especially those who have underlying health problems.

The agency advises parents to seek help from 111 or their GP if their children have any unusual breathing or feeding difficulties, or seek emergency care if they seem seriously unwell.

Norovirus, also known as the winter vomiting bug, is also on the increase. Anyone who catches this severe stomach bug is urged to drink plenty of fluids and avoid going to work for at least 48 hours after symptoms have disappeared.

Parents are also urged not to send sick children to school for at least two days after their symptoms have gone.

The UKHSA’s principal epidemiologist, Dr Richard Elson, said: “Norovirus activity is starting to increase as we head into winter.

“Alcohol gels don’t kill norovirus, so the best way to protect yourself and others is to wash your hands with soap and warm water regularly and thoroughly, especially after an episode of illness or after using the toilet and before handling food.”

He also said anyone with norovirus symptoms should not visit loved ones in hospital or care homes, to reduce the risk of outbreaks among those who are more vulnerable.

And although the country appeared to be at the tail end of its sixth wave of Covid in recent days, all that could change as two new variants of the virus have now been identified.